The night we had tickets to “Floyd’s” at the Guthrie, we arrived early enough to take the elevator up to Level Nine to see the theater’s new acquisition: an installation created by Juxtaposition Arts.

Not that Level Nine wasn’t already spectacular. Perched at the top of the Jean Nouvel-designed complex, the black box theater has a jewel box lobby. Floor-to-ceiling windows on two sides look out at the city, toward the US Bank Stadium and the Mill City Museum. An amber box cantilevered 15 feet from the building’s face gives an awesome view of the Mississippi River, the Stone Arch Bridge, and booming Northeast. A window in the floor looks down at the roof of the proscenium stage.

And now there’s a reason to look up. A new sculpture suspends from the ceiling. Called “Luminous Current,” it was designed by D’Angelo Raymond and Temesgen Besha. Made of aluminum with a polycarbonate skin, vinyl color and LED lights, it looks like a river, a dragon, or a giant origami bird, depending on where you stand. It glows from within and is projected and reflected on the walls to either side, adding long blue “windows” to the space.

Raymond and Besha are artist apprentices at JXTA. Working under the guidance of lead designers and architects Niko Kubota and Sam Ero-Phillips, inspired by the Guthrie’s location between the Mississippi River and downtown Minneapolis, they designed “Luminous Current” to mirror the color and motion of the water and reflect the architecture of the neighborhood. Measuring 40 feet long from end to end, it weighs 200 pounds. The installation was funded by a 2018 Arts Access grant from the Minnesota State Arts Board.


On Wednesday evening, the Guthrie will host a public reception that will include a pop-up boutique of artwork by JXTA, a brief video presentation and a facilitated Q&A with Raymond and Besha. 7 to 9 p.m., free.

Next Guthrie Happening to focus on stories of survival

Level Nine has been the setting for a series of what the Guthrie calls Happenings — free, in-the-moment public events and conversations in response to current events. Perhaps because it’s expected to draw a larger than usual crowd, the next Happening, and the final one of the 2018-19 season, will take place next Monday, Aug. 19, on the Wurtele Thrust Stage.

The topic this time is the Art of Surviving. There will be four speakers, all survivors of trauma and abuse: Sharon Day, Ifrah Mansour, Laura Stearns and Saymoukda Vongsay. H. Adam Harris will be the host.

The discussion will cover themes relating to generational trauma, war, sexual abuse and immigration. After the speakers share their personal stories of resiliency, the audience will break into small groups for discussion.

The groups will be facilitated by survivors and local experts including Robert O. Fisch, doctor, author and Holocaust survivor; Gary Green, Justin Sabia-Tanis and Dr. Lewis P. Zeidner of United Theological Seminary of the Twin Cities; Seena Hodges, the Woke Coach; Robin Phillips of the Advocates for Human Rights; and Michel Rousseau of Jewish Family and Children’s Service of Minneapolis. Space will also be available for solitary or written reflection and non-facilitated discussions.

In June, Penumbra hosted a listening session on Safety and Transformative Justice in the Arts. While press could attend and participate as individuals, we were asked not to report on what was shared. The Guthrie’s position is similar. For the safety and anonymity of participants, they are asking that press not report on the event.

Tonight (Tuesday, Aug. 13) at the Dakota: Dobet Gnahoré. Originally from Côte d’Ivoire, now based in France, Gnahoré was being compared to Miriam Makeba and Hugh Masakela when she was still in her 20s. Now touring behind her fifth album, “Miziki,” she’ll bring her signature mix of pop, electronica, African sounds and high-energy dancing to the Dakota’s stage. Gnahoré has performed more than 800 concerts since 2004. “Miziki” honors two causes near and dear to her: African unity and African women. 7 p.m. FMI and tickets ($35-45).


Wednesday at the Dakota: A Celebration of Irv Williams’ 100th Birthday.  Born Aug. 17, 1919, Williams is living proof that playing the Great American Songbook on tenor saxophone is good for you. A much-loved fixture on the Twin Cities jazz scene since 1942, Williams was the first musician honored by the State of Minnesota with his own Irv Williams Day. Gov. Walz, that was in 1984, so perhaps it’s time for another go? 7 p.m. FMI and tickets ($10-20). 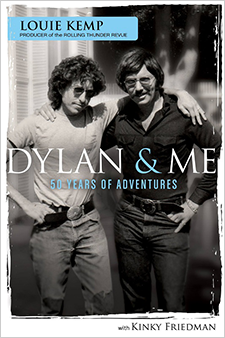 Wednesday at Magers & Quinn: Louie Kemp presents “Dylan & Me: 50 Years of Adventures.” Kemp met Bobby Zimmerman from Hibbing at summer camp in northern Wisconsin. Zimmerman was 12, and he had a guitar. “He would go around telling everybody that he was going to be a rock-and-roll star. I was eleven and I believed him.” Kemp produced Dylan’s “Rolling Thunder Revue” tours and traveled with him all over the world. 7 p.m. Free. BTW the month of August marks Magers & Quinn’s 25th anniversary in Uptown.

Thursday at a movie bigaplex near you: “Woodstock: The Director’s Cut.” Last Wednesday, Woodstock 50 was officially canceled. But it could never have lived up to the original Woodstock, an event with mythic status in music history and American history. One of the most acclaimed documentaries ever produced, Michael Wadleigh’s film features split-screen and multi-screen sequences, plenty of crowd shots, and 30 musical performances, some not seen in the original theatrical version. 7 p.m. Go here and enter your ZIP to find a theater and buy tickets. Prices vary.

Friday at 900 Hennepin: Lit Voices featuring E.G. Bailey and Shá Cage. A rare performance by the power couple of stage, screen and the Twin Cities cultural landscape. Bailey is a poet, spoken word artist, filmmaker, theater artist, producer, and radio personality. Cage is a theater and film actress, director, playwright, and community builder. They are founders of countless collectives and organizations and have traveled widely. Part of a monthly series presented by Hennepin Theatre Trust and Voices of Effective Change, this event will be emceed by Tiyo Siyolo and will include a DJ. 8 p.m. Free.