Sound Unseen, our annual films-on-music festival, turns 20 this year. Someone once described it as “an edgy mixtape,” and except for the fact that mixtapes are dead and Sound Unseen is very much alive, that’s a great description. The festival is a carefully curated lineup of films chosen by people who love films and music and want to share that love with the rest of us.

Sound Unseen opens Tuesday, Nov. 12, and runs through Sunday, Nov. 17. Screenings will take place at the Walker (opening night only), the Bryant-Lake Bowl, the Trylon and the Parkway. Of this year’s 30 features and 26 shorts, almost all are Minnesota or Midwest premieres, and one is a North American premiere.

In a late addition and a coup for Sound Unseen, Ondi Timoner’s “Seeing Through Paul,” which follows Replacements lead singer Paul Westerberg through the making of “Suicaine Gratifaction,” will screen on Saturday, Nov. 16. It has never been seen publicly. It will be shown along with Timoner’s “DIG!,” her 2004 documentary with the Dandy Warhols and the Brian Jonestown Massacre. Timoner will be present and a Q&A will follow.

The two-time Sundance Grand Prize Jury Winner will also be here on Friday, Nov. 15, for the director’s cut of her 2018 biopic “Mapplethorpe” starring Matt Smith (“The Crown,” “Doctor Who”).

Sound Unseen will open at the Walker with Seamus Murphy’s “A Dog Called Money,” about PJ Harvey’s “The Hope Six Demolition Project,” and before-and-after performances by singer-songwriter Katy Vernon. The closing night film will be Scott Crawford’s “Boy Howdy: The Story of Creem Magazine,” with Crawford attending.

Because film festivals are more than movies, there’s the usual abundance of special events. A Sound Unseen “Transmission” dance party at the Uptown VFW will be hosted by DJ Jake Rudh. A showing of “The Show’s the Thing: Legendary Promoters of Rock” will be followed by a concert promoters’ roundtable, with James Decoursey (Skyway Theatre), Amy Rahja (Target Center), Diane Miller (Icehouse) and Shayna Melgaard (Sue McLean & Associates) sharing stories. W.T. Morgan, director of “X: The Unheard Music,” and John Doe (X) will show up at Extreme Noise Records for a book reading and signing of “More Fun in the New World.” A free filmmaker panel at Surly Brewing, moderated by MN Film and TV’s Lu Lippold, will include heavy hitters Bentree, Timoner, Crawford, Morgan and Todd Tue (“When It Breaks”).

Women filmmakers, you have three chances to see director (and producer, and entrepreneur) Timoner in person: at “DIG!”/”Seeing Through Paul,” “Mapplethorpe” and the filmmaker panel. In an industry dominated by men,  Timoner has been making films for 25 years by (in her words) “kicking the door down.” Good on Sound Unseen for featuring her so prominently.

We have our own favorite films in this year’s Sound Unseen, and we’ll write about those next week. Meanwhile, here’s the lineup of screenings. And here’s the list of upcoming events. If there’s something you really want to see or do, get tickets soon. “All I Can Say,” about Blind Melon lead singer Shannon Hoon, is already sold out.

Sunday at the O’Shaughnessy: Arlo Guthrie: “Alice’s Restaurant Back by Popular Demand” tour. A thousand years from now, if humans are still around, someone will want to hear “The Alice’s Restaurant Massacree” during the Thanksgiving holiday season, if Thanksgiving is still around. Guthrie, now gray-haired but still a hippie, will probably also sing “Coming into Los Angeles” and songs by his dad, Woody Guthrie. He’s touring with his daughter, Sarah Lee Guthrie. 7 p.m. FMI and tickets ($35 to 75). 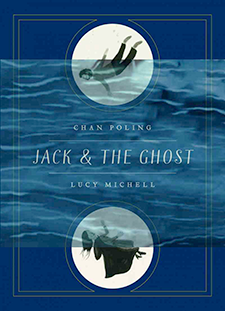 Sunday and Monday at the American Swedish Institute: Chan Poling and Lucy Michell “Jack & the Ghost” performance and book celebration. “Jack & the Ghost” is a new book written by Poling (The Suburbs, New Standards), illustrated by Lucy Michell (of the Velvet Lapelles) and published by the U of M Press. If there’s justice in the world, they have a hit on their hands. This “children’s book for adults,” as Poling calls it, is a bittersweet story of loss, grief, and the power of love to make things right again. It’s a wonderful read and Michell’s illustrations are enchanting. The event at ASI will include a reception in the castle, a narration by Mark Benninghofen (Sunday) or Sally Wingert (Monday) to music and commentary by Poling and Michell, and a Q&A after. 6 p.m. Sunday (sold out) and Monday (as of this writing, tickets are still available). FMI and tickets – with pre-signed copy of the book ($35 members, $40 non-members, $20 children) or without ($20/25/10).

Monday in the cities and across Minnesota: Ringing of the Bells. Monday is Veterans’ Day and the 101st anniversary of the 1918 Armistice, signed on the 11th hour of the 11th day of the 11th month. On Monday at 11 a.m., the Liberty Bell at the state capitol will ring, and bells in churches across Minneapolis and St. Paul. They will ring 11 times, or for 11 minutes. Step outside to listen.

Tuesday at Westminster Presbyterian Church: Westminster Town Hall Forum: André Thomas: The Meaning and Impact of African American Spirituals. On Sunday, Nov. 17, Thomas will conduct the Midwest premiere of his “Mass: A Celebration of Love and Joy” at a special November VocalEssence Witness concert. (FMI and tickets.) On the Tuesday before, the renowned choral conductor, educator, and author of “Way Over in Beulah Lan’: Understanding and Performing the Negro Spiritual” will speak at a Westminster Town Hall Forum. Music by T. Mychael Rambo at 11:30 a.m., program at noon. FMI. Free.