Arts & Culture
Artscape
June 9, 2020
If you want your COVID-19 news swirled in chocolate and dipped in sprinkles, Dr. Michael Osterholm is not your guy. If you want a clear-eyed, science-based, nonpartisan view – Osterholm has served administrations of all stripes – the University of Minnesota’s best-known epidemiologist is a primary resource in a challenging time.

Last week, Minnesota Citizens for the Arts, the Children’s Theatre Company and the Minnesota Theater Alliance partnered to present an hourlong webinar for the arts and culture sector. It filled up quickly, but soon after the event, a video recording was posted on YouTube and made available on MCA’s Coronavirus resource page.

If you’re part of the arts and culture here (or anywhere else), it’s worth watching, even if you don’t like everything you hear. Following are some takeaways.

First, Osterholm wants the arts back as much as any of us. “We miss you!” he began. “The arts are critical to what makes us who we are. … We want you, as the expression of the better side of humankind, to be here.” But “we don’t know what is going to happen next with this virus. We know with certainty there will be more activity. … We know this virus won’t stop transmitting until at least 60 or 70 percent of the population has it and herd immunity slows down transmission. That doesn’t mean it stops …

“We have to have great humility with this virus. We’re not driving this tiger. We’re riding it … Most of you would be surprised to know that right now, we are literally at full capacity in our ICUs in the Twin Cities.”

Osterholm emphasized that air, not the environment (meaning surfaces we touch), plays the key role in transmitting COVID-19. We know that droplets can carry the virus, but it can also be in particles suspended in the air. Osterholm compared this to dust floating in a sunlit window, or the perfume you smell four aisles over in a department store, or the smoke from a smoker some distance way. “Those are aerosols you’re smelling,” he said.

What effect will the recent protests have on the spread of the virus? “I don’t know,” he said. Most events happened outdoors, not indoors, and “moving air will help dissipate infectious aerosols.” But tear gas and smoke from fires cause coughing. Osterholm expects to have an update in another week or so.

About vaccines: “We have to be very careful about happy talk. This virus is a tough one. … Anytime before the end of this year is wildly optimistic. … I’m not counting on a vaccine this year at all. … We may never have a vaccine that’s successful.”

After noting his service to five Minnesota governors – two Democrats, two Republicans and one Independent – Osterholm said, “I can’t overstate the significance of what happened last week, when the president announced we’re pulling out of the World Health Organization. That is the group right now that’s coordinating vaccine research around the world.

“There’s every reason to believe the Chinese or European countries could get a vaccine before we do. If there was ever any hope that we might have an opportunity to access that vaccine, at least for our highest-risk people, it was tied to how we participate as good citizens scientifically around the world. … Other countries could beat us to the punch. … They will likely share that vaccine with other countries. I’m not sure it will be shared at all here.”

Asked, “What advice would you have for those of us in the large-gathering business? What is your best recommendation at this moment?” Osterholm replied, “It’s not a good picture. … People might very well go back out into public spaces feeling ‘We won!’ and then the hammer could come down hard. … Right now, I don’t want to be in crowds. I just don’t want to be. The challenge is, who does want to be? Until we get through this experience, or have a vaccine, if we do, or enough people get infected, this is going to be a rough few years. It could last that long.”

Stay up to date with the work of Osterholm and his colleagues at the U’s Center for Infectious Disease Research and Policy. Sign up to have information pushed to you, all free. Also, Osterholm does a weekly podcast, the Osterholm Update: Covid-19.

Free books on racial justice from the U of M Press

It’s peak summer reading time. You expect to see these names on the best-seller lists: John Grisham, Michael Connelly, Nora Roberts, Stephen King. And you do – shoulder to shoulder with Robin DiAngelo (“White Fragility”), Ibram X. Kendi (“How to Be an Antiracist” and “Stamped From the Beginning: The Definitive History of Racist Ideas in America”), Michelle Alexander (“The New Jim Crow”), Ijeoma Oluo (“So You Want to Talk About Race”) and Layla Saad (“Me and White Supremacy”). 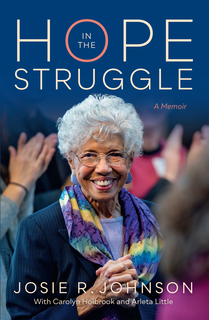 It seems this will be the summer when we learn more about racism, racial disparities and the history that led to the enormous events of the past two weeks, sparked by the killing of George Floyd.

Many people, organizations and publications are suggesting resources – books and articles to read, films and TV programs to watch, music and podcasts to listen to, people to follow on Instagram and Twitter.

The University of Minnesota Press is providing free online access to 22 books it has published over the past 20 years (most since 2013). You can read as many as you like through Aug. 31, 2020.

The Reading for Racial Justice Collection includes Carolyn Lee Holbrook’s “Tell Me Your Names and I Will Testify,” “What God Is Honored Here?” curated by Shannon Gibney and Kao Kalia Yang and Josie R. Johnson’s “Hope in the Struggle,” all recent titles. You’ll also find the two latest books by Augsburg history professor William D. Green, “The Children of Lincoln: White Paternalism and the Limits of Black Opportunity in Minnesota, 1860-1876” and “Degrees of Freedom: The Origins of Civil Rights in Minnesota, 1865-1912.” Both were winners of the Hognander Minnesota History Award.

Magers & Quinn is open for browsing

If this sounds like old news, it’s because it was supposed to happen on May 28. On Wednesday morning, May 27, Magers & Quinn sent out a “We can’t wait to see you!” email about the safety precautions that would be in place the following morning. On Thursday morning, everything was postponed.

The Uptown bookseller reopened yesterday (Monday, June 8) at noon. Its browsing and pickup hours are 12 p.m. to 5 p.m. daily, subject to change. A small number of browsers will be allowed in the store at a time. If you go, wear a mask, like the sales floor staff, and be prepared to practice physical distancing.

Just down the street from the Hook & Ladder (damaged) and the Third Precinct (burned), Moon Palace Books survived but has not yet reopened.

Black Lives Matter Instructional Library. Books for kids on activism, advocacy, empowerment, and black history, all with links to read-alouds.

Tonight (Tuesday, June 9) and tomorrow on the Oprah Winfrey Network: “OWN Spotlight? Where Do We Go from Here? A Conversation Led by Oprah.” Among Oprah’s guests for this two-night special will be Stacey Abrams, journalist Charles M. Blow, Atlanta Mayor Keisha Lance Bottoms, filmmaker Ava DuVernay, Jennifer Eberhardt (“Biased”), Nikole Hannah-Jones (“1619 Project”), Ibram X. Kendi (“How to Be an Anti-Racist”), actor David Oyelowo (“Selma), Rashad Robinson (Color of Change founder), Rev. Dr. William J. Barber II (NAACP national board member). 8 p.m. Both nights will air on OWN and Discovery’s 18 other U.S. networks. They will stream for free on the Watch OWN and Discovery Family TV apps and OWN’s YouTube, Facebook and Instagram channels.

Programs to watch on TPT: Tonight (Tuesday, June 9) at 9 p.m.: Frontline: “Policing the Police.” With writer and historian Jelani Cobb. Monday, June 15, at 8 p.m.: “America in Black and Blue 2020.” A special including reports from across the country and interviews with key leaders. Tuesday, June 23, at 9 p.m.: “The Talk: Race in America.” How families of color attempt to protect their children with “The Talk” about what to do and how to react if they are stopped by police.

Streaming now at TPT Passport: Independent Lens: “Charm City” (a documentary about Baltimore), “Black America Since MLK: And I Still Rise” (a two-part miniseries with Henry Louis Gates Jr.), the Oscar-nominated documentary “I Am Not Your Negro” (told in the words of James Baldwin), and “Jim Crow of the North,” a Twin Cities PBS original created by Daniel Bergin. TPT Passport is Twin Cities PBS’ version of Netflix or HBO, available for a minimum annual donation/membership of $60/year or $5/month.

Michael Osterholm on COVID and the arts: ‘This is going to be a rough few years’