Google “George Floyd Mural” images and the first thing you’ll see – also the second, third, fourth, tenth, fifteenth, fiftieth, ad infinitum – will be the mural painted at Cup Foods at 38th and Chicago by artists Xena Goodman, Cadex Herrera and Greta McLain, with help from Niko Alexander and Pablo Hernandez. You might ask “Who?” because most articles, Facebook posts, tweets, retweets and TikTok videos that feature the mural don’t include the artists’ names.

George Floyd murals are everywhere. CNBC noted, “Murals have sprung up in Germany, Kenya and even in the bombed out ruins of Syria.” Stars and Stripes found one near Kabul’s Green Zone. CNN gathered images of several in Montreal, Manchester, Belfast, Berlin, Los Angeles, Oakland, Houston, Pensacola, Belgium; Nantes, France; and Naples, Italy.

But who owns them? Who gets to acquire them, collect them, show them, store them, sell them? People have been asking these questions of each other and on social media. Museums are interested, including the Minnesota Museum of American Art, aka the M.

Robyne Robinson is board chair at the M. We spoke with her by phone on Monday night.

“I think it’s really important that we have this discussion, because it’s on everyone’s mind in the arts community, in the African-American community as well as other communities of color,” Robinson said. “It’s better to hear from artists themselves about what they think should happen.”

As the response to George Floyd’s death made history, so, too, in its own way, might Thursday’s event. “It’s an important conversation for the Twin Cities. This is the right place to do it. We are the center of all creative art activity in the Upper Midwest. What we determine will have an effect on many art communities of color to come.

“This is the second chapter of what the Black Arts Movement and AfriCOBRA were trying to do 50 years ago,” Robinson said. “We’re revisiting something that didn’t have an answer back then, because it was all about educating the community and getting them to understand the power of what art can bring.

“It says a lot about our community that we want to immediately start talking about helping each other, protecting each other, rebuilding, communicating and moving forward.”

“Black Art in the Era of Protest” will take place Thursday from 6-8 p.m. Register here. Registration is capped at 500, and hot-topic webinars fill up fast.

Hennepin Theatre Trust has announced new dates for the Broadway musicals “Come From Away” and Disney’s “Frozen,” both originally part of this year’s Broadway on Hennepin season, both bumped by the virus. 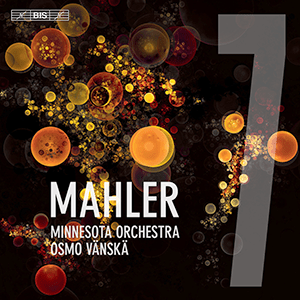 Over the past two decades together, Osmo Vänskä and the Minnesota Orchestra have recorded all of Beethoven’s symphonies, all of Tchaikovsky’s music for piano and orchestra (with Stephen Hough) and all of Sibelius’ symphonies. They are now nearing the end of their Mahler symphonies cycle. Recorded at Orchestra Hall in Nov. 2018, Symphony No. 7 has just been released on the exacting Swedish label BIS. Plans are to perform and record Symphony No. 9 in June 2021.

Two new films have been added to MSP Film Society’s Virtual Cinema. Ian Cheney and Sharon Shattuck’s “Picture a Scientist” spotlights three women scientists – a biologist, a chemist and a geologist – and offers new perspectives on how to make science more diverse, equitable and open to all. Watch a live panel discussion with the three star scientists on Wednesday, June 17, at 7 p.m. Directed by Michael Murphy, executive produced by Terence Blanchard, “Up from the Streets” explores the culture of New Orleans through the lens of music, with appearances by luminaries including Allen Toussaint, Dr. John, Harry Connick Jr., Wynton Marsalis, Aaron Neville and Bonnie Raitt. FMI including times, tickets and trailers at the links above.

Now available for streaming, completing the Minnesota Opera’s Digital Opera series: Mozart’s “The Marriage of Figaro.” Listen online to the 2017 production through July 26. You can also catch the earlier releases: “Das Rheingold” (through June 28), “The Shining” (July 5), “Thaïs” (July 12) and “The Fix” (July 19). All of the programs are online for you to page through. Here’s the link. The Dakota’s online calendar reads like the tolling of a bell: Postponed. Postponed. Postponed. And then, like the trill of a flute, there’s the Jeff Daniels Virtual Concert scheduled for Wednesday, June 17. Most of us know Daniels as an Emmy-wining actor (“Godless,” “The Newsroom,” “Dumb and Dumber,” “The Purple Rose of Cairo”), but he can sing and play the guitar. He has even been compared to the late John Prine, though that may seem sacrilegious to some. He won’t be physically at the Dakota, but he’ll be online, unplugged and available for a 15-30 minute audience Q&A after the show. 7 p.m.  Tickets are $15 and you can sit anywhere you please.

Ranee Ramaswamy immigrated to Minneapolis in 1978. Today Ragamala Dance Company is internationally known and still based here. The new 18-minute film, “Lineage” is a window into Ranee’s relationship with the ancient, intricate, demanding and expressive art form of Bharatanatyam dance and her teacher, Alarmel Valli; the work she does with her daughters, Aparna and Ashwini; and her mission to amplify South Asian stories within today’s world. Watch the online premiere Thursday, June 18, at 6:30 p.m. on Ragamala’s Facebook page or YouTube.

We didn’t stand under the famous red awning, climb down the 15 steps or squeeze into seats in the usually crowded basement jazz club, but we went to the Village Vanguard in New York on Saturday evening and were very glad to be there. The most famous jazz club in the world, the Vanguard joined the streaming era last weekend, presenting the Billy Hart Quartet live on stage before a virtual audience. With Hart on drums, Ethan Iverson on piano, Mark Turner on saxophone and Ben Street on bass, it was a wonderful set, up close and personal, clear on our TV screen, with no sound lag. Iverson is well known to Twin Cities jazz fans for his 18 years with the Bad Plus. He has played solo sets at Crooners, wrote the score and played piano for the Mark Morris Dance Company’s “Pepperland” performance at the Northrop in January, and would have brought his Burt Bacharach show to the Dakota in July except COVID. Pianist and composer Vijay Iyer – known here for his performances at the Walker and with Liquid Music – will play this Saturday and Sunday (June 20 and 21) and tickets are just $7.