Arts & Culture
Artscape
Aug. 21, 2020
Bill Cottman knew in his teens that he wanted to be an artist. But as a young Black man in a segregated high school in Salisbury, Maryland, seven miles south of the Mason-Dixon Line, he didn’t get a lot of encouragement.

“That’s not a statement about our teachers and our guidance people,” he said earlier this week. “They were doing everything they could to put us on paths that would allow us to support ourselves and our families. Art was like, ‘Are you crazy?’”

Cottman went to Howard University and studied engineering. In 1967, he graduated, married Beverly Delores Walton and moved to Minnesota for a job. He spent the next several years working as an engineer, most at Honeywell, where his career went “extremely well. I mean, extremely well.” He also took photography classes and workshops, studying with Frederick Sommer, Charles Harbutt and Gary Winogrand.

Bill and Beverly had talked about retiring at 55. They spent a month in Ghana, returned home and retired at 53. They moved from west Bloomington to north Minneapolis. Bill took a job managing the computer learning center at their church, doing photography on the side. A few years later, he applied for a 2002 McKnight Photography Fellowship.

He got it. “So I said, ‘OK, this is it.’ I left the computer learning center, and from that point on, I claimed fine art photography as my profession.” 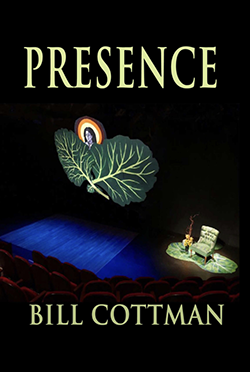 Cottman has now been “retired” for almost as long as he worked. His photography has been featured in dozens of exhibitions. He has published six books of his photographs and writing under his own imprint, Salon1016. The latest, “Presence,” came out in June.

In 2016, Cottman was part of Pollen’s inaugural “50 Over 50” cohort, praised for turning “retirement” into “refirement.”

This conversation has been edited and condensed.

Bill Cottman: [Beverly and I] began 2020 the way we’ve begun the past 10 years, outside of this country. We were in Salvador Bahia, Brazil, for the whole month of January. We didn’t hear anything about COVID-19. At the end of January, we left Brazil and went to Puerto Morelos, Mexico.

On the 25th of February, I heard the word “coronavirus” for the first time, and I ordered six face masks. I got a refund instead. They instantly went out of stock. At the end of February, we came back home. The lockdown was two weeks later.

MP: What plans did you have for the rest of the year?

BC: I had the June publication of “Presence” planned. I had been working on it since the 2016 inauguration. It was driven by my desire to remain as centered as I could in the midst of the turmoil that was growing all around. “Presence” became all the things one should do or be doing to maintain one’s sanity.

[The book is] photographs and writing in the senryu form. Senryu is like haiku, but it can be about anything, whereas haiku is specifically about nature.

Somewhere in the course of each year, we start planning what we’re going to do for the next winter. We were thinking about Cairo and Madagascar or Tunisia and cruising on the Nile. Travel just stopped cold.

MP: What motivates you to keep creating?

BC: Two things. I worked for four corporations in 30 years in the same city and retired. And now I’m doing what I wanted to do when I was in high school. So that’s one of the things. I have the luxury of affording a lifestyle that allows me to do that. I know now that I wouldn’t have been able to do that if I had chosen to be an artist back then.

The beautiful clothing you see Ghanaian women wearing isn’t because they’re dressing up for something. That’s how they dress. It’s not about performance, it’s about life. It’s about participation. It’s about being who you are. I’m very fortunate to be part of a family where that seems to be how we’re living our lives.

So those are the two things I want to claim as an answer to your question about motivation. I’m caring less and less about audience. I like to show off what I’m doing, but I don’t need applause.

There’s a line in my new book, “Presence.” It goes something like this: “Remember, no one is as interested in this as you are.” That’s me talking to myself.

Questions are much more motivating to me than answers. I have two huge questions that are fuel for my creative process: “How?” and “Why?” The engineer wants to know how, and the artist wants to know why. What I’ve learned over time is that when one or the other is leading, nothing is happening. If I’m all bound up in how to do something, and have no reason why I’m doing it, I’m not moving along on my trajectory.

MP: You seem to be very aware of time. In “Disturbances,” a performance piece you brought to Patrick’s Cabaret in 2015, you repeat the word “time” again and again. For many people, this pandemic feels like lost time. How does it feel to you?

BC: You can’t do anything with time except use it. You can’t save it. There’s no such thing as time management. And yeah, an engineer said that.

During the pandemic, I have found time to be less about ticks on the clock, more about event to event. I journal, and some days all I write is the day, the month, the date and the year. That’s part of my ritual. So I’m aware of what day it is.

Time is the simultaneous nature of living and dying. Every moment that passes, we’re closer to the inevitability of our death. I’ve done what I think I can to prepare those I imagine to be my survivors. I used a lot of words to say that because this shit doesn’t happen the way you plan it.

So the engineer in me said, “OK, you got to do all you can to plan for this inevitability. You gotta get your shit in order.” So I’ve been doing that. There’s an operations manual written [for my family]. And there’s a line in “Presence” that says, “Dad, how will we know?” It’s a quote of Kenna’s about the operations manual.

MP: That’s a real gift to your family.

BC: Right. It’s all about time.

MP: Many of your photographs include your feet. Why?

BC: Sedona, Arizona, 1985, was the first occurrence of feet. I was working at Honeywell, and I had been seeing a therapist. He was a white guy with a rocking chair and a sweater in an office in a strip mall. The first time I went in, I said something like, “Do you think the fact that I am African-American and you are white will pose any difficulties to us being honest with each other?” Before I could finish my sentence, he said, “No, no problem whatever.” So I knew he didn’t have a clue.

He put me through some paper tests and prescribed Prozac, which everybody was taking at the time. He wanted me to buy golf clubs and play golf. [A while later], I was in Sedona on a business trip. I went out walking on a little path, and I came to a little bridge that crossed a little stream. And I looked down, saw my feet, and said to myself, “I’m not depressed.”

I took a picture and started carrying that picture in my wallet as a reminder. I stopped taking Prozac and stopped going to therapy.

MP: So your feet are kind of a mental health touchpoint?

BC: Almost every time I take a photograph with my feet, I remember the source. But I’m also aware of the composition, and today I’m more likely to say that I’m collecting evidence of having been here.

MP: You’ve taken pictures of your feet at the George Floyd memorial on 38th and Chicago. What did his death mean to you?

BC: I remember writing in my journal, “The police killed George Floyd.” It wasn’t until a few days later that things started to ripple.

I’m not an activist. I’m not a protester. I’m not a marcher. Beverly is the marcher, the protester, the sit-in person in Kansas City, where she grew up. And certainly my daughter Kenna, and my granddaughter Yonci. After Jamar Clark, Yonci was part of the Fourth Precinct street occupation. She was at Standing Rock on two separate visits. She’s been out on Interstate 94.

At first, I didn’t go to the shrine. That’s sort of uncharacteristic, because for years I’ve been making photographs of shrines where young Black men lost their lives to gun violence in north Minneapolis. I’m sure I have 100 of those. But I wasn’t drawn to 38th and Chicago until much later. I drove over to 38th and Portland and walked from there. I didn’t want to encounter people. I wanted to avoid people. And I made a few photographs.

I have several folders of things that are working their way toward what I’m calling New Social Landscapes. I’ve applied to several places to get funding for the technology that I think is required, because I want to do virtual reality, so you actually feel like you’re in the midst of a social landscape that you’re creating.

MP: What will you do when you can do whatever you want? Although you’re already doing that more than most people.

BC: Keep working on New Social Landscapes. Eat at Al’s Breakfast and the Convention Grill.

Bill Cottman’s new book, “Presence,” and the earlier “Surface Tensions” (2011) will be available soon in the Hennepin County Library system. He’ll have work in the windows of Homewood Studios (where he has shown often over the years) starting in September. And on Saturdays from 9-11 a.m. on KFAI radio, 90.3 FM, you can hear Cottman, his daughter Kenna and his granddaughter Yonci co-host the long-running show “Mostly Jazz.”

Photographer, writer and projectionist Bill Cottman: ‘You can’t do anything with time except use it’