Arts & Culture
Artscape
May 20, 2021
After six years as executive director, Britt Udesen will leave the Loft, one of the nation’s largest literary centers, to lead a new nonprofit in Boise, Idaho. In a farewell email, she looked back on her time here.

“I was hired six years ago to do ‘bold’ things and shake up the Loft,” Udesen wrote. “We have set a path toward being a more just and equitable organization. We have expanded our programs. We have asked hard questions and improved our service because of it. We launched a giant and amazing festival [Wordplay]. … At this moment of strength and success, it’s a good time for me to hand things over to a new leader who will create their own vision for what comes next.”

Udesen also noted that during the pandemic, “many organizations have floundered while we’ve flourished because of the support of our community and the hard work of our staff and teaching artists.”

At Artistry in Bloomington, Artistic Director Benjamin McGovern will resign his position after six seasons of productions that included the IVEY-winning “Wit,” which he directed.

“A good theater changes, and does so constantly,” McGovern said in a statement. “While I am proud of the growth that Artistry has undergone over the past years, it’s time for new vision and new energy. This is the perfect time for me personally and for Artistry to step back and consider what needs to be different in the days, months, and years ahead.”

To prepare to launch a search for a new AD, Artistry has engaged consulting producer Kelly Foster Warder to guide and support Artistry’s mission to become a more inclusive and equitable organization and continue its commitment to artistic excellence. Aaron Wheeler, who most recently worked at the Ordway, will serve as interim general manager and associate producer.

Located in the Bloomington Center for the Arts, Artistry is both a producing theater with two stages and a visual arts nonprofit. Its last production before COVID was “The Bridges of Madison County,” directed by McGovern. A 2020-21 season of five fully produced musicals and one concert-style musical was announced on March 5. The final production of its 2019-20 season, “Mame,” was canceled. The gallery has continued to host virtual shows and artist talks.

The Playwrights’ Center has named seven core writers, two McKnight Fellows in Playwriting, and the winner of this year’s McKnight National Residency and Commission.

Theaters everywhere have been closed, but the Playwrights’ Center has not been sleeping. With a $1.5 million grant from the Knight Foundation and $850,000 from the 2020 Minnesota bonding bill, it is preparing to relocate from Minneapolis to a much larger, HGA-designed space in St. Paul’s Creative Energy Zone. It has increased its staff, expanded its Playlabs Festival and launched In the Lab, a series for experimental new works.

In April, the center announced its largest-ever group of Jerome and Many Voices Fellows and Mentees. Expanding fellowships by nearly 30% over the previous year is one way to work toward a more inclusive and equitable theater future.

The center offers three years of support to its core writers, not the more usual one year. “The focus is on the playwright, not on a single player,” said new core writer Mathilde Dratwa in a statement. “The ability to think long-term feels like a breath of fresh air – especially after this year of stress and insecurity for our industry.”

New core writer Yilong Liu said, “It’s kinda like knowing you have the rent for your apartment – in this case, an artistic home – for the next three years.”

The 2021-22 McKnight Fellowships in Playwriting were awarded to JuCoby Johnson and Cristina Luzárraga. Each will receive a $25,000 stipend, $2,500 to support play development and other professional expenses, and $1,400 in travel funds.

James Anthony Tyler has received the 2021-22 McKnight National Residency and Commission, which comes with a $15,000 commission and up to $12,250 in workshop funds.

Despite all of the challenges theater artists have faced during the past 14 months, work is still being created for the day when we can gather in person. Saying “maybe this fall?” sounds less pie-in-the-sky than it would have two weeks ago. Twin Cities artists are busy making new work. Both new McKnight Fellows in Playwriting are based in the Twin Cities. So are two new Core Writers. 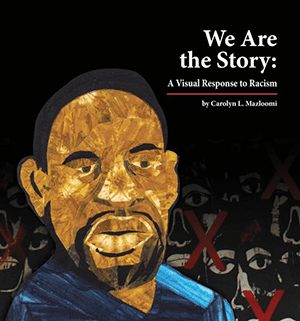 V Tonight (Thursday, May 20), 4-5:30 p.m.: Textile Center and Women of Color Quilters Network (WCQN): “We Are the Story: A Visual Response to Racism” book release and conversation. Following the death of George Floyd, Textile Center and WCQN joined forces to create a monumental, multivenue show of 122 quilts – powerful, storytelling works of art that call on viewers to rise up, resist, learn the history of civil rights, protest police brutality and racism in America, and remember those who were lost. Curated by WCQN founder Carolyn Mazloomi, the show was presented as seven exhibitions at the Textile Center, American Swedish Institute, Weisman Art Museum, Mia and other locations.

The seventh and final exhibition, “Racism: In the Face of Hate We Resist” (63 quilts) is now on display at the Textile Center through June 12. Free and open to the public; reservations required. A book about “We Are the Story” has just been published, with full-color images of all 122 quilts and statements from the artists. Copies are available in the Textile Center’s shop.

Tonight’s Zoom event will mark the book’s release and feature Mazloomi in conversation with select visiting artists. Free with registration. 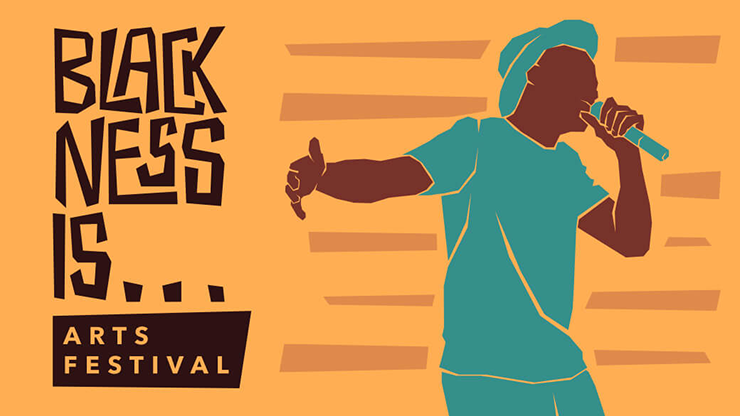 Go here for a compete schedule, list of artists (with previews), and descriptions of the workshops – including one with costume designer Trevor Bowen, who created the costumes for MN Opera’s “Albert Herring” (see below).

V and L Available Friday through Sunday, May 21-23: MSPIFF: “After Antarctica.” The closing film in this year’s MSPIFF can be streamed from Friday at 12 a.m. through Sunday midnight. Or you can watch it live from your car at Minneapolis Park & Recreation Board Headquarters on Saturday night. Either way, you’ll want to see this feature-length documentary about Minnesota’s legendary polar explorer, Will Steger, and his life journey as an eyewitness to climate change.

In 1989, Steger led a team of six scientists and explorers on a historic traverse of Antarctica, a journey that took seven months and traversed three ice shelves. In the decades following, the ice shelves have disintegrated, leaving Steger and his team not only the first to achieve this historic feat, but also the last.

L Saturday, May 22, 1-5 p.m.: Creative Enterprise Zone: 2021 Chroma Zone Open Street Celebration. To kick off the 2021 Chroma Zone Mural & Art Festival, Bradford and Endicott streets will be closed for a joyous afternoon of things to see, hear and do in the CEZ, which is living up to its name. Look for live painting at the BANG IT! Mural Meet (five artists bang out five murals), live pottery-throwing demos, live graffiti demos, live sound performance by Beatrix* Jar, a street mural art activity, plus food and food trucks. At the moment, the weather looks good. This year’s festival will bring us 15 new murals by 20 local artists over 22 weeks of mural-making and events.

V and L Available Saturday, May 22, until Saturday, June 5: MN Opera: “Albert Herring.” MN Opera closes its 2021 spring season with a big, beautiful bang: a full production of Benjamin Britten’s comic opera, filmed live (under strict COVID protocols) on the stage of the Ordway Music Theater, directed by Doug Scholz-Carlson, with famed British conductor and Britten expert Dame Jane Glover leading the orchestra. She knew Britten, worked by his side and learned to conduct “Albert Herring” from him.

The cast includes many familiar faces (and voices): David Portillo, Ellie Dehn, Clara Osowski, Victoria Vargas, Zoie Reams and Thomas Glass. The story is light and thought-provoking: a shy, innocent boy breaks free from the small-town conventions of his life and the expectations of society.

Stream it on demand, for free, starting Saturday on MN Opera’s website. Or see it on the big screen on the rooftop of Brit’s Pub on Sunday, May 23, at 6 p.m. FMI on that, also free.

L Saturday and Sunday, May 22 and 23: Free Weekend at the Walker. On the weekend of the anniversary of George Floyd’s death, the Walker is offering its galleries as places to wander, reflect, and be inspired. It’s open Saturday from 11 a.m. – 6 p.m., Sunday from 11 a.m. – 5 p.m., and admission is free both days. You’ll still need a ticket.

V Tuesday, May 25, 12 noon: Westminster Town Hall Forum: Angela Harrelson & Paris Stevens: Connecting to George Floyd. The final conversation in Westminster’s series of four talks called “The Arc Toward Justice,” about George Floyd’s death and its aftermath, will take place on the anniversary of that death. Harrelson and Stevens are Floyd’s aunt and cousins; after his mother passed, Floyd moved to Minneapolis to be closer to Harrelson and build a new life.

The conversation was prerecorded. Family attorney Ben Crump was originally slated to take part but canceled due to scheduling conflicts. Forum director Tane Danger had this to say: “It’s the most heart-wrenching but powerful talk I can imagine. Everybody has talked about George Floyd for a year, and what his death means. To hear two people who knew him as their nephew and cousin totally changed my thinking. They even told funny stories about him. They rehumanized him.”

Watch here or on the Forum’s Facebook page. (Like all Forums, this will also be archived for future viewing.) Tune in early (11:45 a.m.) to hear gospel powerhouse Courtland Pickens, the youth choir he founded, KNOWN, and poet Joe Davis, Westminster’s artist-in-residence during this program year. Free.