This week marks 150 years since the first shot of the American Civil War was fired in Fort Sumter, S.C. To commemorate the anniversary, we’ve compiled a list of the past 15 years’ most noteworthy historical fiction novels set during the Civil War.

Titles are listed in reverse chronological order along with publisher summaries. 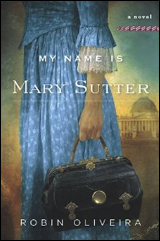 Mary Sutter is a brilliant, headstrong midwife from Albany, N.Y., who dreams of becoming a surgeon. Determined to overcome the prejudices against women in medicine — and eager to run away from her recent heartbreak — Mary leaves home and travels to Washington, D.C. to help tend the legions of Civil War wounded. Under the guidance of William Stipp and James Blevens — two surgeons who fall unwittingly in love with Mary’s courage, will, and stubbornness in the face of suffering — and resisting her mother’s pleas to return home to help with the birth of her twin sister’s baby, Mary pursues her medical career in the desperately overwhelmed hospitals of the capital. 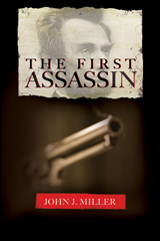 Washington, D.C., 1861: A new president takes office, a nation begins to break apart — and Colonel Charles Rook must risk insubordination to stop a mysterious assassin who prowls a nervous city. He will need the help of an ally he does not even know he has: Portia, a runaway slave who holds a vital clue to the assassin’s identity, hundreds of miles away. 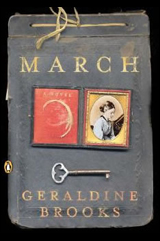 Winner of the 2006 Pulitzer Prize for fiction, “March” retells Louisa May Alcott’s novel “Little Women” from the point of view of the absent father, who has gone off to war, leaving his wife and daughters. To evoke March, Brooks turned to the journals and letters of Bronson Alcott, Louisa May’s father, a friend and confidant of Ralph Waldo Emerson and Henry David Thoreau. In Brooks’ telling, March emerges as an idealistic chaplain in the little known backwaters of a war that will test his faith in himself and in the Union cause as he learns that his side, too, is capable of acts of barbarism and racism. As he recovers from a near mortal illness, he must reassemble his shattered mind and body, and find a way to reconnect with a wife and daughters who have no idea of the ordeals he has been through. 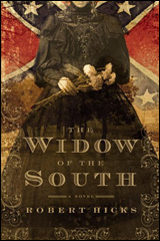 In 1894 Carrie McGavock is an old woman who has only her former slave to keep her company…and the almost 1,500 soldiers buried in her backyard. Years before, rather than let someone plow over the field where these young men had been buried, Carrie dug them up and reburied them in her own personal cemetery. Now, as she walks the rows of the dead, an old soldier appears. It is the man she met on the day of the battle that changed everything. The man who came to her house as a wounded soldier and left with her heart. He asks if the cemetery has room for one more. Based on a remarkable true story, Hicks draws an unforgettableportrait of a woman who, through love and loss, found a cause. Known throughout the country as “The Widow of the South,” Carrie McGavock gave her heart first to a stranger, then to a tract of hallowed ground — and became a symbol of a nation’s soul. 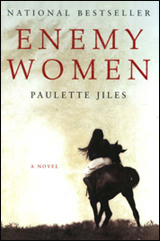 For the Colleys of southeastern Missouri, the War between the States is a plague that threatens devastation, despite the family’s avowed neutrality. For 18-year-old Adair Colley, it is a nightmare that tears apart her family and forces her and her sisters to flee. The treachery of a fellow traveler, however, brings about her arrest, and she is caged with the criminal and deranged in a filthy women’s prison. Her interrogator, a Union major, bestows upon her a precious gift: freedom. Now an escaped “enemy woman,” Adair must make her harrowing way south buoyed by a promise, seeking a home and a family that may be nothing more than a memory. 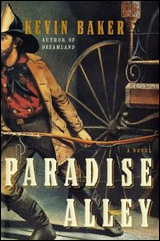 They came by boat from a starving land — and by the Underground Railroad from Southern chains — seeking refuge in a crowded, filthy corner of hell at the bottom of a great metropolis. But in the terrible July of 1863, the poor and desperate of Paradise Alley would face a new catastrophe — as flames from the war that was tearing America in two reached out to set their city on fire. 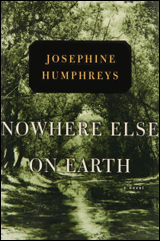 “Nowhere Else on Earth,” by Josephine Humphreys (2000)

In the summer of 1864, 16-year-old Rhoda Strong lives in the Lumbee Indian settlement of Robeson County, N.C., which has become a pawn in the bloody struggle between the Union and Confederate armies. The community is besieged by the marauding Union Army as well as the desperate Home Guard who are hell-bent on conscripting the young men into deadly forced labor. Daughter of a Scotsman and his formidable Lumbee wife, Rhoda is fiercely loyal to her family and desperately fears for their safety, but her love for the outlaw hero Henry Berry Lowrie forces her to cast her lot with danger. Her struggle becomes part of the community’s in a powerful story of love and survival. 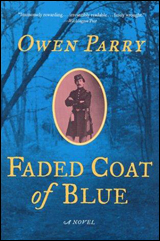 A recent immigrant to this land — where American has taken up arms against American — Abel Jones finds himself mysteriously chosen as confidential agent to General George McClellan, the “savior of the Union.” No stranger to the cruel paradoxes of war, Jones is asked to investigate the death of Anthony Fowler, a young volunteer captain shot through the heart outside an encampment of raw recruits. Instantly, his murder is blamed on the Confederates — but whispers haunt the death of this fallen martyr, leading Abel Jones from the blood of the battlefield through the intrigues of Washington, D.C., and into a web of sinister secrets. 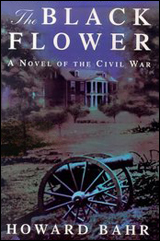 Bushrod Carter, a young Confederate rifleman from Mississippi, serves in General John Bell Hood’s Army of Tennessee during the Civil War battle that takes place in Franklin, Tenn., in November 1864. When Bushrod is wounded in the Confederate charge, he is taken to a makeshift hospital where he comes under the care of Anna, who has already lost two potential romances to battle. Bushrod and Anna’s poignant attempt to forge a bond of common humanity in the midst of the pathos and horror of battle serves as a powerful reminder that the war that divided America will not vanish quietly into the page of history. 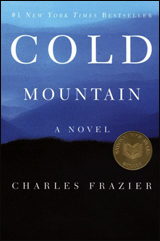 Winner of the 1997 National Book Award, “Cold Mountain” tells the story of W. P. Inman, a wounded deserter from the Confederate army near the end of the American Civil War who walks for months to return to Ada Monroe, his pre-war sweetheart. Inman’s odyssey through the devastated landscape of the soon-to-be-defeated South interweaves with Ada’s struggle to revive her father’s farm with the help of an intrepid young drifter named Ruby. As their long-separated lives begin to converge at the close of the war, Inman and Ada confront the vastly transformed world in which they now live.