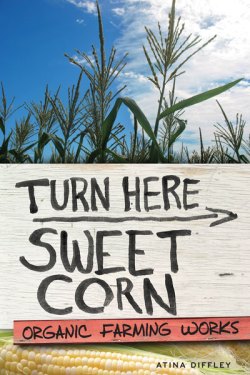 Every day, thousands of people drive on’ Eagan’s Diffley Road, but few of them know the road is named for the Diffley family, five generations of whom lived on the acres that ran along it. Once, those acres were known as the Gardens of Eagan organic farm. If you bought produce at a food co-op in the 1970s or 80s, visited a farmer’s market, or stopped at a roadside produce stand in Eagan, there’s a fair chance some of the nutrients from that land are inside of you.

Atina Diffley’s memoir, “Turn Here Sweet Corn: Organic Farming Works” (University of Minnesota Press) describes how she, a self-described “gardener” in the 1970s, married into one of the last traditional farm communities in the Twin Cities, and fed her family and thousands of others produce raised without chemicals, years before organic and local food became hot topics.

“Pesticides are designed to kill. All forms of life are affected. That includes people,” she writes, and describes the careful land management that makes organic farming work, including leaving sections of the farm wild and wooded to create a complete ecosystem. 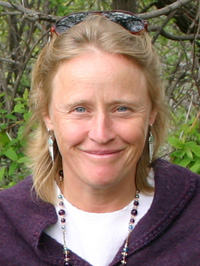 The Diffleys ultimately lost the family farm to eminent domain when the school district claimed the most fertile acres for a new building site; more developers followed when relatives sold their attached sections in the mid-1980s. In a wrenching scene, the Diffley children, who have absorbed a rich family history involving every field, tree and hill on the place, watch the bulldozers destroy it.

“People tell me that scene effects them so powerfully, that it brings up their own grief,” says Diffley. “It’s fascinating to me that readers bring their own experiences into it. Sometimes the grief might not be related to land. But every human in our culture is suffering from a loss of disconnect with land,” says Diffley.

The family tries to farm on the remaining acres, but the ecosystem has been too damaged.

“We experienced an ecological collapse. The sections that were bulldozed had all life removed, including the soil, and all the services we were receiving as farmers from that adjoining ecosystem was lost. There was no life to take in water, so erosion buried our crops. We had very little pollination. We had widespread crop failure.” The Diffleys were forced to move to another farm.

Gardens of Eagan lives on near Farmington, and come summer, people at the co-ops start asking when that legendary sweet corn and melons will be ready. But it nearly wasn’t so. After Atina and Martin Diffley established their new farm on 100 acres and spent years developing the soil, Koch Industries informed the farmers that it would be running a pipeline right through their farm. They could not stand to lose their farm twice. Diffley’s memoir turns legal thriller as she describes how, with the help of thousands of customers, they fought the world’s largest company, and won.

The Wedge Coop now owns the Gardens of Eagan name and is leasing the Diffley’s farm while Atina and Martin help a new generation of organic farmers grow, teaching classes and working with the Land Stewardship Project. Diffley knows exactly how many tough fights organic farmers face, but still believes it’s worth it.

“How far can we push it before we go too far?” she says. “Nature is inherently bountiful. If we understand that what we do to nature, we do to ourselves, and when we treat nature with care, it’s astonishing what we get back.”