We remember all the wrong things about Elisabeth Mannering Congdon. During her lifetime, the Duluth mining heiress and philanthropist worked quietly to shape the community and culture of her northern town. She had a particular impact on quality of life issues for women and children. In a city that bears the Congdon name at nearly every turn (this week, when a fire damaged Duluth’s historic Traphagen House, it was even noted that the Congden family had lived there while their Glensheen mansion was being constructed), her legacy is long, yet her individual accomplishments have largely been forgotten. 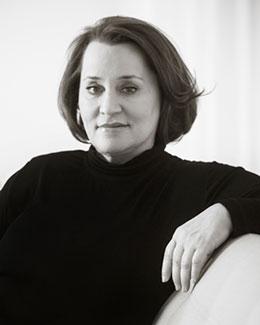 “It was a very modest family, and even though she was a part of so many important projects, she never broadcasted her involvement,” says her granddaughter, Suzanne Congdon LeRoy. In fact, LeRoy herself learned about many of her grandmother’s projects only when she began to research her new book, “Nightingale: A Memoir of Murder, Madness, and the Messenger of Spring,” Kitai Press.

Congdon worked to improve maternal health and infant survival rates; she provided numerous students with scholarships and even housed at least one Chinese college student at Glensheen; and she was a passionate supporter of the arts. She loved nature and history, and taught her children and grandchildren to protect them. If today’s Duluth is an unusually lively and progressive city for its size, that is in part due to Congdon’s passions. But too many people remember only that she was killed at home at Glensheen mansion, along with her nurse, Velma Pietila, in 1977. Her adopted daughter Marjorie — LeRoy’s mother — along with her new husband, Roger Caldwell, were accused of murdering Congdon in an attempt to inherit her fortune. Caldwell served five years for the murder; Marjorie was acquitted.

MinnPost: Although Glensheen is well known, your grandmother is not. Was it your intention, in writing this book, to correct that?

Suzanne Congdon LeRoy: Yes. She was so much more than the last day of her life. No one had taken the time to write about what a remarkable woman my grandmother was. That has always bothered me. At family reunions, we talk about history, and people knew a little bit, but so much about her was forgotten. I was only 9 years old when she had a stroke. [Elizabeth Congdon never fully recovered, and spent the last decade of her life unable to engage in many of her previous activities]. When I began my research, I discovered so many amazing things. It was an honor and a privilege to find out more about her. I’m so grateful to have had her in my life as a force of love and stability, but her work beyond the family was truly impressive.

MP: What sources did you consult in your research?

SCL: I visited archives all over the country. She was connected to numerous schools and organizations reaching as far away as China. I found out that her classmate at Vassar was the poet Edna St. Vincent Millay. I found her yacht, the Hesperia, in Lloyd’s Register of Ships. She left an extensive record of philanthropic activities, with the Red Cross, the Duluth Art Institute, the King’s Daughters, numerous museums, hospitals, historical societies. The Duluth newspaper archives included thousands of mentions of her activities. The research was a wonderful process, and I felt privileged to discover so many things about her I didn’t know.

MP: What do you consider to be her most important and lasting legacy to Minnesota?

SCL: She made a big difference for maternal and child health. She was a contemporary of Margaret Sanger and in the years after birth control became legal, she helped bring access and information to northern Minnesota, which made a big difference for countless working families and women living in poverty. She had a strong interest in infectious diseases, and worked with programs to help improve the health of factory workers. She helped found a baby clinic in Duluth that eventually became a Planned Parenthood. During World War I, she worked with the Red Cross. She delivered hospital meals. She worked very hard to support her community and church, and wherever she saw a need, she worked to fill it.

MP: Do you think she’s been forgotten?

SCL: She is remembered primarily as a victim of homicide, which of course bothers me. Everyone’s life is important and has meaning, but she was so important to me. I loved her deeply. I wanted more people to understand why she was so special. 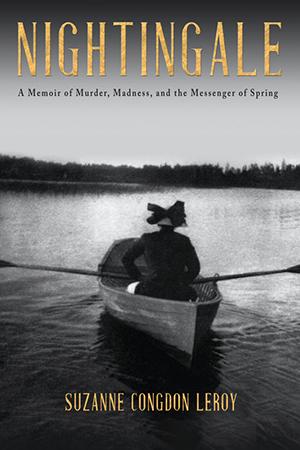 MP: You write with such rich detail about visiting your grandmother at Glensheen, and the functions of the house — the service, the secret call buttons. Some call it Minnesota’s Downton Abbey. How do you feel about the recent moves to open up the private areas of the house to the public?

SCL: My grandmother donated the estate to the University of Minnesota Duluth in the 1960s, and now Glensheen is run by the UMD fine arts department. It is so beautiful and wonderful — I’m glad that everyone can enjoy it. It really is part of a bygone era. There was a level of service and attention to detail we just can’t fathom in today’s world. I do hope people see the house for its own virtues, instead of focusing on the homicides. I’m not going to sell the book at Glensheen. The book shop promotes books about the homicides and I didn’t want this book to be with them. If they change to focus to be more about history and the house, I’ll reconsider.

I visit anonymously and join tours to see what they say, and see how people react. It’s wonderful to see their reactions. And new things are happening. They are thinking about restoring the greenhouses, which were torn down in 1971, and bringing in bee hives and selling Glensheen honey. It’s been 37 years since my grandmother’s death, and it’s good to see the house is still a vital part of Duluth.

MP: In your memoirs, your grandmother seems to be a much greater influence on you than your own parents were.

SCL: Yes, I believe my life is a credit to my grandmother. I had 22 years with her and she impacted me so much in that time, and always after. She was a role model and a mentor and laid a foundation not only about conduct and responsibility but about how to approach life. My interest in travel, education, nature and nursing all come from her. At many times, her life was filled with loss, illness and hardship, and yet she was always optimistic. She instilled that in me, and the power of possibility.

MP: You have a hard time calling Marjorie Caldwell your mother. Is she still living?

SCL: I always say, Mother Nature was the only mother I ever had. As far as I know, she is still living. She’s had many aliases. The last I heard, she was calling herself Marjorie Hagen and living in the Southwest. I have had no contact with her for 40 years.

MP: In the book, you implicate her in numerous murders across the country, although she never served time for any. [She served time for arson.] I had to wonder: Do you fear for your personal safety?

SCL: You never turn your back. And I have taken all the necessary precautions to keep myself safe. At the same time, she essentially only comes after people she can get something from, and none of my siblings or myself have anything for her.

MP: Your book includes two riveting and fairly disturbing courtroom dramas — the murder trial [starring a sneering Ron Meshbesher] and the settlement of your grandmother’s estate. The lawyers tell you that you and your siblings would be “set for life.” Yet you became a nurse — a very demanding, difficult profession. Is that your grandmother’s influence?

SCL: Very much so. She always told stories about her nursing training in World War I, and I was fascinated. She taught me to give back. And I loved nursing; I was very privileged to work in Minnesota, nationally, and internationally as a nurse. I started in neonatal care, working with very sick babies, and that was a strong interest of her’s as well. I went on to the U of M and worked in women’s health and family medicine. Later, I became interested in infectious disease and HIV. I had an appetite for travel and interest in other cultures, and worked with aborigines in Australia. I’m interested in at-risk youth, and drawn to help people in difficult situations. I’m doing work now with Youth Link, and some of the proceeds from this book will go to help young people at risk of sexual trafficking. If you can make a difference in even one life, it’s meaningful. My GM made all the difference for me.