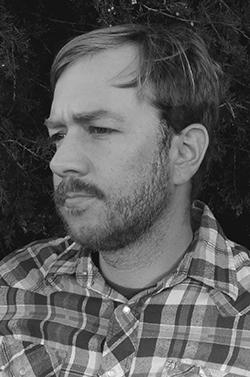 A life in poetry might be described as the ultimate artistic indulgence; that is to say, not very many people make a living at it. Chris Martin left Carleton College ready to try. He says he was “set on fire” by a poetry workshop with Greg Hewett, and after school moved to San Francisco, where the poetry scene was vibrant but the cost of living was demoralizing. He scraped together jobs and became discouraged. Then he moved to New York and ended up taking the route traveled by many a poet: teaching. And that’s when he discovered that poetry wasn’t just his nonpaying passion, but a powerful tool to change lives.

“I considered my earlier attempts to stay alive while writing a miserable failure. So I happened into teaching and discovered I really enjoyed it, especially working with kids on the autism spectrum. I brought poetry into my teaching and it became natural to combine the two things. That changed the way I looked at poetry in my own life,” he says. “At times I had wondered how to justify what seems to many like a hobby. It wasn’t a hobby to me — it was everything. When I saw how it could help kids communicate and learn, I thought, ‘Why not write poetry?’ Everyone benefits from it.”

Many of Martin’s students were able to express themselves more directly through reading and writing poetry, and when he encouraged them to use poetry to explore other areas of learning, they were able to learn more effectively. At first he thought it was a fluke that kept working, but when he visited a creative writing program at an autism center in Colorado, he saw similar successes using language-based therapies. He moved back to Minnesota, and, along with Minneapolis poet Brian Laidlaw, established Unrestricted Interest, a therapeutic writing program for ASD students.

“One of the aspects of autism spectrum disorders that interests me is the element of unrestricted interest and obsessions. Instead of looking at that as an obstacle, I dove straight into it and taught through it. When my students are using poetry to craft a vocabulary about these interests, they can expand them into new areas,” he said. “For me, this undergirds the idea that poetry is natural for people. You can teach tying shoes with the help of poetry; motor dysfunction is eased by reciting poetry. Every poet tries to bring color, sensory detail and a specificity of feeling into their work, and for people with ASD, organizing those details is calming. It is for everybody — just think about how, for instance, at times in history when our nation has been mourning, for example, or in times of trouble, poetry comes forward to ease that experience.”

In his own life, Martin uses poetry to organize the chaotic experience of life with young children. His third book of poems, “The Falling Down Dance” (Coffee House Press), centers on what he calls the “ecstasy and agony of parenthood.” Martin and his wife have a 2-year-old son, and life in the domestic sphere has inspired a continuing run of what he calls “dad poems.” He explores themes such as the reconfiguration of time due to sleep-deprivation; the monumental changes of a growing child; the return to animal instincts; and the altered view of a familiar world seen at odd hours.

“I am a huge fan of Bernadette Mayer and Gwendolyn Brooks, and I was emboldened by their work. My onus was to try to live up to the motherhood poems in the world, because they wrote about it in such a complicated way,” he says. “Having a child dramatically increased the intensity of every aspect of my life, and that naturally carried through to my poems. Not only are you learning how to care for another human being, but you become more — by identifying with something vulnerable, you feel very powerful in your role as a huge protector; you experience this tremendous nurturing instinct; and you also see how resilient kids have to be in this world.”

Martin confesses that he stopped writing for a period of time after his son was born, purely because he was too exhausted. He recently embarked on an unusual living arrangement that will make room for more creative time at home: His family has purchased a home with another young family, and a co-parenting structure with this family will reduce the impact of domestic chores and maximize artistic time for everyone. (His wife is the poet and designer Mary Austin Speaker.) “It’s a pretty different arrangement than most people choose, but the experience will be richer for the kids, and bring a lot of good things to the parents too.”

He continues to write more dad poems, although he says that he struggled with the idea that he might be intruding on one territory that women poets dominate. “I’m very aware that as a white male, I am in a dominant position in this art form. White men are still the most likely poets to be published. When I was younger, I probably appropriated the experiences and voices of other communities, and I regret that.”

As an editor at the online poetry press Futurepoem, Martin is working to make room for marginalized voices, which he considers the future of poetry. “There are so many amazing conversations happening in the poetry world right now about appropriation, and I want to be part of the solution,” he said. “We need to hear from all kinds of people if we are going to understand what real life is, in its many different realities. We need to understand each other better to be more connected, and reading poetry is one way to get directly into another person’s experience. I’ve found that I can grow in my own writing by listening to other voices, and when I see places where we have things in common, such as parenthood, it deepens my understanding of the world.”