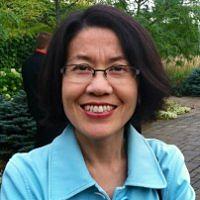 Mai Neng Moua is certain that many of the people in her life won’t like her new memoir, “The Bride Price: A Hmong Wedding Story” (Minnesota Historical Society Press). That’s a tough starting place for a writer to work from, but she pushed on. People were already talking about her behind her back, so why be silent? By taking her story back from the gossips and putting it on the page, she hopes to open a conversation about what it means to be a Hmong person in Minnesota.

“I know some people won’t like it. They won’t like me. But they already don’t like me. I have so many strikes against me — I’m fatherless, I have kidney disease, I got married late, to someone I chose for myself,” said Moua, who is married to Blong Yang, the first Hmong-American to be elected to the Minneapolis City Council. “A lot of people have a problem with those things. That’s not what a good Hmong girl is supposed to be or do.”

Her father died in Laos in 1975. Her kidney disease struck when she was a college student at St. Olaf. But the bit about her marriage went beyond bad luck. When Moua and Yang married in 2003, they rejected a traditional Hmong marriage ritual in which the groom’s family pays a “bride price” to the parents of the bride. That price can range widely, from a few thousand to tens of thousands. As an educated, professional Christian who owned her home and held a professional job, the bride price seemed outdated, irrelevant, and offensive.

“Never would I let a man and his family determine my worth. I would not let anyone tie that bride price around my neck, a noose ready to strangle me. Never would I let anyone wonder if I was worth the price they paid for me,” she writes in “The Bride Price.” When the couple married without a bride price, Moua’s family refused to attend the wedding — or even acknowledge the marriage. She became a cautionary tale.

“Hindsight is 20/20. If I had known this was what I was going to go through, 10 years of rejection and ostracization, being unforgiven, I would not have done it,” Moua says. “I’m not a bad person. I’m proud of who I am. I love being Hmong. But I became that person people warn their daughters about: ‘If you don’t listen to your mom, she won’t come to your wedding.’ ”

Later, Moau came to understand that the bride price honors her family for the work and care invested in raising a daughter. In Moua’s case, her mother endured a harrowing escape through the jungle with her small children, and then worked extremely hard to give them a secure life in the United States — a heroic effort well worth honoring. Yet Moua was raised as an American, and didn’t learn the history of many Hmong traditions.

“We don’t have Saturday morning culture lessons. Most of what we learn comes from the environment around us,” she said. “At school, Hmong kids are told to be outgoing, aggressive, talkative. These are survival skills for the work world and school, and those who can speak out, stand out, and be aggressive are going to thrive in this country. But then they get home, where good Hmong kids are expected to be quiet. The things that worked in the old country often work against kids here, and I felt the bride price was part of that. I saw so many classmates and friends get married off to older men they didn’t even know, when they were still girls. That was the Hmong way, but it’s very hard on young people who grow up in modern America. It didn’t make sense.” 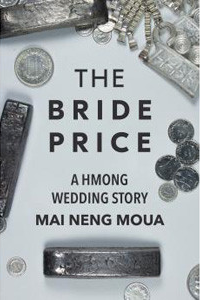 She describes life as an American Hmong as like having a split personality, and says her generation struggles with this duality. “Yet we can’t even talk about it, because to our parents’ generation, it sounds like we don’t want to be Hmong. Of course we do! But we want to be successful Americans, too. Who you are is based in part on where you live. I am what I need to be to live here.”

Moua has written widely about the Hmong-American experience, and she edited the 2002 anthology “Bamboo Among the Oaks: Contemporary Writing by Hmong Americans.” As a writer as well as an outsider in her own community, she says she’s uniquely positioned to help preserve what Hmong traditions still hold value in the American society her own children live in.

“People might think I am trying to move my community in a different direction, and I suppose they are right,” she says. “I want to move it in a direction that will be better for everyone in the community.”

‘The Bride Price’: A Hmong-American memoir