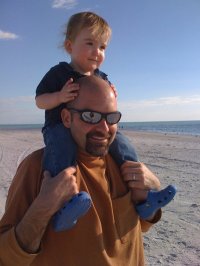 Although he’s coming from the Tampa Tribune, Baird Helgeson is a Minnesota guy with a Star Tribune legacy. According to a staff memo, the St. Thomas grad worked in Rochester and Duluth, and his dad, Tom Helgeson, is a former Strib deputy managing editor.

Not sure so soon after the announcement whether Helgeson will be Woodward or Bernstein, but the memo brags up his blogging and social media chops. Here’s his blog, and his Facebook page. Couldn’t find a Twitter feed, though. Suspicious.

I wanted to fight the upcoming battle for decent, affordable health care for all Coloradans.

I wanted to continue as a witness for compassion in the immigration debate in a state that cannot afford to hate Mexicans.

I wanted to champion the radical but indispensable quest to reform and pay for great public education from preschool to graduate school.

I wanted to show kids where to find alternatives to gangs.

I wanted to keep calling out powerful people who violate the trust of the people they are supposed to serve.

For a time, Spencer wrote for Colorado Confidential, now Colorado Independent, which is part of the Center For Independent Media group that runs lefty Minnesota Independent.

We are delighted to announce that two reporters will be joining our staff in October.

Baird graduated from St. Thomas with a journalism degree 14 years ago and has since learned the ropes of state politics coverage in three different state capitols.  He’s currently a senior general assignment reporter at the Tampa Tribune, where he won a Society of American Business Editors and Writers award for a story on the high concentration of mobile homes in Tampa Bay and their vulnerability if a hurricane struck the region — and what a financial devastation such a scenario would be for taxpayers.  In 2003, the Association of Capitol Reporters and Editors honored him for the best statehouse coverage for a paper under 75,000 circulation.

His first job out of college was at the Minot Daily News in North Dakota, where he covered the legislature and city government.  From Minot, he moved on to the Rochester Post-Bulletin, where he covered the mayor and city council. After Rochester, he went north, to the Duluth News-Tribune, as lead city government reporter. He also served as the back-up reporter for Duluth at the State Capitol. He wrote a series of stories about a taxpayer-financed aquarium with deep financial problems that led to the firing of the executive director.

After four frigid years in Duluth, Baird headed south for the job at the Tampa Tribune, where he has covered yet another statehouse, along with myriad hurricanes. Media General owns a television station and the newspaper there with a combined operation. So Baird has become adept at covering stories on every platform imaginable. He brings considerable skill to the pol/gov team in blogging, social media and video reporting.

Baird is a native Minnesotan and some of you may remember his father, Tom Helgeson, who was a deputy managing editor at the Minneapolis Star years ago. Baird will begin on or around Oct. 26.

Jim Spencer is a veteran reporter and writer who has worked at newspapers from Virginia to Denver. Jim started his career at a weekly paper, the Virginian Gazette, before being hired by The Virginian Pilot to cover two of the country’s fastest growing cities at the time.  His work captured the attention of the Chicago Tribune, and he moved to the windy city, where he specialized in long-form narratives, profiles and explanatory stories for their features section.

His subjects ranged from deconstructing the lives of a cancer nurse, a murdered nun, and a college-basketball-star turned-cocaine addict to explanatory pieces. When the metro editor of the Chicago Tribune went to his hometown, Newport News, Virginia, Jim pitched a local columnist role for himself, developing a strong, consistent writing voice. He was hired by the Denver Post to be a columnist in 2003, delivering columns on topics from free speech, police brutality, and the foreclosure crisis. His work there won him awards from the Best of the West, a 13-state writing competition, as well as numerous citations from the Colorado Press Association.

After being laid off in a downsizing at the Denver Post, Jim became the communications director for the University of Colorado Denver School of Medicine, but he is hungry to return to work as a journalist. He told us that he considered it a calling, a sentiment many of us share.  As a writer on the Sunday team, Jim will be focused on takeouts for the Sunday paper. Jim will start on or around Oct. 19.

Baird and Jim fill jobs that were recently vacated in the newsroom. While we must continue to be vigilant about costs, we believe its imperative that we keep our reporting staff strong.  Please join us in welcoming them to the newsroom.