When Scott Goldberg left KARE11 this fall, he didn’t have a job lined up. Little did the reporter know he’d next appear on Comedy Central as a fake-news correspondent for the Onion.

“A composite douchebag character,” is how Goldberg describes “Marc Howell,” whose “Inside the Bench” investigations will be featured on “Onion SportsDome,” a takedown of every “ESPN SportsCenter” pretention. The weekly show debuts Tuesday at 9:30 p.m. on Comedy Central.

In the opening episode, “Howell” overlooks the skull-caving capabilities of a banned mixed-martial arts fighter who happens to have metal hands, lamenting instead discrimination against the disabled. (There’s a bit of the segment in this promo.) 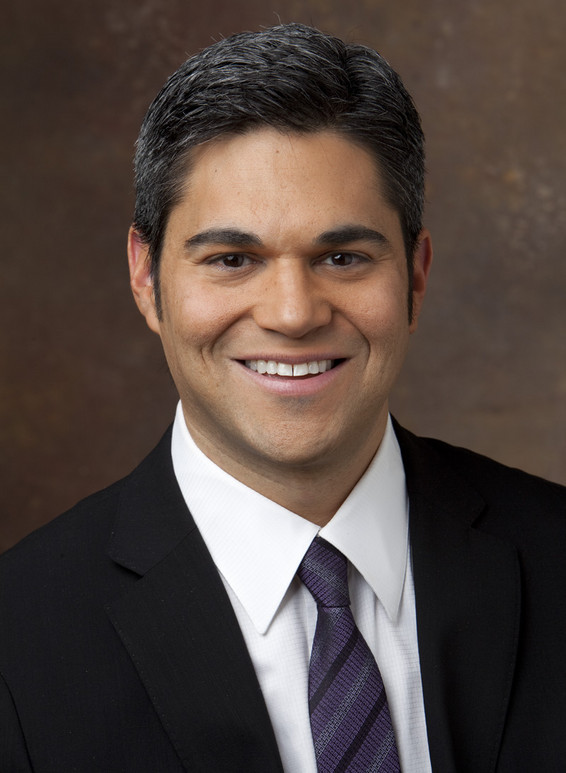 “If you’ve seen someone more into himself than the information he’s presenting, filled with outrage and inspiration, that’s Marc Howell,” Goldberg says. “He thinks he’s a very earnest storyteller.”

It’s familiar stuff to “Daily Show” fans, and it’s no surprise that “SportsDome” has the timeslot before Jon Stewart’s. What is a surprise is that Goldberg — known here as a hard-charging reporter with network ambitions — would risk career advancement by literally becoming a parody of himself.

“I don’t think this has a negative effect on my ability to do real news,” says Goldberg, who now lives in New York with his wife, Lindsay Hanson. “I would love to do real news again. People are smart — they know when Brian Williams is acting on ’30 Rock,’ and when he is anchoring NBC News. People know when you have unimpeachable news credentials, and a sense of humor, too.”

Goldberg didn’t just discover a sense of humor about TV reportage. After one of his first jobs — on a South Carolina newscast that was “sausage-making, consultant-driven crap” — he decompressed by making a lowlight reel lampooning the station and himself.

Goldberg’s reporting career subsequently took him to Argentina for National Public Radio and then to KARE. When he left, he was coy about his reasoning and ambitions, but former colleagues predicted a try for the network brass ring.

“I’m just as interested in national and international news and politics as ever,” Goldberg says. “Ten years ago, I would have said ‘Yeah, I want to be Washington correspondent for NBC,’ but I don’t know if the best way to deliver news is on a network. If I had opportunity to work for network, I’d take it.”

In the meantime came a call from his agent who said, “I got this thing … I don’t know if it’s the greatest thing in the world or the worst idea in the world,” Goldberg recalls. “With 15 years of experience in the TV news business, no one is better equipped to audition. I thought it was a fantastic opportunity that I’d regret if I didn’t go for it.”

Once hired, the newly minted actor (a term he can’t quite embrace) worked one to four days a week through the end of the year. Goldberg says that “Howell” appears in six of “SportsDome’s” 10 episodes.

How familiar will local viewers find “Howell?” “There’s no confusing ‘Marc Howell’ with Scott Goldberg,” Goldberg says. “’Marc Howell’ is much more full of himself, he dresses in much bolder colors than Scott Goldberg, and his topics are complete bullshit.”

As good as the web-side “Onion News Network” can be, “Daily Show” lead-ins haven’t typically rocked the house. If the joke falls flat, Goldberg says he’d regard “SportsDome” as an “awesomely fun thing between serious news gigs,” adding, “But who knows? It could lead me into a world I haven’t imagined yet.”