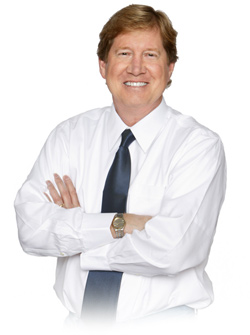 The move will not affect Lewis’s 5-8 p.m. perch on KTLK-FM which, like Premiere, is owned by Clear Channel Communications. “We don’t anticipate anything changing with Jason,” says KTLK operations manager Gregg Swedberg. “He’s pulling great ratings in the afternoon.”

GCN — whose best-known national host might be conspiracy theorist Alex Jones, though lightning rod preacher Bradlee Dean is more famous locally — doesn’t exactly scream big leagues. Their website has “I Kiss You!” production values and advertisers that, according to its spokeswoman, “specialize in preparedness and survival.”

The website also states that the network “was developed to promote the importance of investing in precious metals,” and its owner, Ted Anderson, uses it to market such investments, says network p.r. director Rachael Woodhouse.

Does the GCN signing mark a decline in Lewis’s career arc? After all, when he signed with Premiere in February 2009, he had gigs subbing for network host Rush Limbaugh and fit neatly into the syndicator’s well-known weekday line-up.

Woodhouse didn’t know if Lewis took a pay cut to jump ship, and the host was not immediately available. Word from one radio insider is that Lewis did get a Premiere offer, though at what price is unknown.

“Part of what Jason liked is that we’re local,” Woodhouse says. “He wanted to work with Minnesota-based company, I don’t how far back he and Ted go, but he’s been very personable, and there’s a face-to-face connection. He stops by here just to talk shop, and we feel very receptive on where go and what goals are.”

Woodhouse says Lewis was on approximately 90 stations with Premiere; she has GCN expects to hold onto a majority of them, while adding many smaller stations.

However, the company’s lack of market muscle is apparent in its announcement, which allows local stations to pre-empt the show, time-shift it, and purchase it individually instead of with other network shows. “We want to be good to work with,” Woodhouse says. “A lot of these stations run high school football.”

Lewis’s national potency may be limited. The station’s announcement notes high ratings in Duluth, Raleigh [N.C.] and Ft. Myers [Fla.] However, Duluth is in Minnesota, Raleigh is a former Lewis broadcast home, and Ft. Myers has many transplanted Minnesotans.

Despite the “Genesis” name, Woodhouse says GCN is not a religious broadcaster. The 46-show lineup skews conservative and survivalist, but there are at least two lefty shows, from a gay California comic and a liberal lawyer/minister.