These days, being the smartest man in the newspaper business is like being the best checkers player at a chess tournament. But there was a time 20 years ago when the title might have meant something, and it might have applied to Roger Fidler. 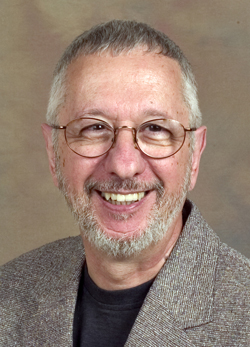 I first heard of Fidler back in the early 1990s. Working for the old Knight-Ridder newspaper chain, Fidler was developing some kind of electronic newspaper. It was a tablet that you plugged into a dock overnight, and while you slept it would be loaded electronically with the news, ready to read with your morning coffee.

But I never really forgot about him, or the tablet. And when the iPad was launched two years ago, it reminded me of just how far ahead of his time Fidler was. He thought of the iPad a good 15 years before Steve Jobs did. Here’s a video from 1994 demonstrating the tablet newspaper. It’s amazing how much the prototype has in common with today’s tablet devices.

How many people can say they beat Steve Jobs to an idea by a decade and a half?

What’s more, Fidler had a chance to patent his tablet idea way back when, but took a pass. He believed it should be left unprotected so that the entire newspaper industry could benefit from it.

Unfortunately, none of the high-powered brains running the newspaper business 20 years ago took him up on that offer – especially not the management of Knight-Ridder, which killed funding for Fidler’s research not too long after that video was made. More details are in a recent Washington Post story.

Now at the Reynolds Journalism Institute at the University of Missouri, Fidler has been analyzing the impact of the iPad on news consumption. He recently conducted a national survey of tablet users and found that they prefer reading the news on their tablets over all other forms of media:

The survey also suggested that tablets might bring a return to evening news-reading, a habit that largely died out in this country after World War II as thousands of evening newspapers folded. Fidler’s research found that people who use tablets to read news prefer to use them at home after 5 p.m.

Tablets have only been with us for a couple of years, and there are many people in the news business who view them as potential saviors. It will be interesting to see how that develops over the next few years.

It would be even more interesting to see what would have happened if someone in the newspaper business had seen the value of Fidler’s innovation 20 years ago. But he had the bad luck to come along when newspapers were turning a 35 percent profit and nobody saw any reason to mess with success.

Roger Fidler, the man who came up with the tablet before Steve Jobs