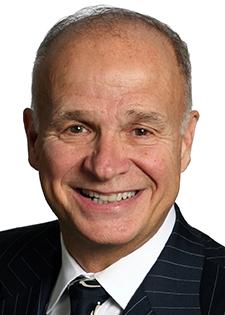 It’s not every day that a face from Mount Rushmore chisels himself off the mountain. But that’s essentially what Mike Ciresi of Robins Kaplan Miller & Ciresi (RKMC) did Tuesday.

Ciresi is part of the firmament when it comes to the local legal community: His work on tobacco litigation, which resulted in a $6.1 billion settlement paid to the state of Minnesota in 1998, is legendary. During that case, he led a team that pored over 33 million documents and incurred $20 million in discovery fees — a level of tenacity that Ciresi brought to RKMC for 44 years.

And then, on Tuesday, he announced he’d rather work somewhere else.

On Feb. 1, Ciresi will be joined by colleagues Jan Conlin and Katie Crosby Lehmann at a boutique firm called Ciresi & Conlin. (RKMC will henceforth be just Robins Kaplan.)

No one in the legal community saw it coming. After all, Ciresi is 68, has a lake of money — thanks to a healthy chunk of the $500 million in fees the firm received from the tobacco trial — and clearly could do whatever he wanted at RKMC. But something was pulling at him.

Not acrimony, he insists. In an interview yesterday, Ciresi was careful not to imply this was an uncomfortable split. He used the word amicable four times. His only note of frustration when talking about being hamstrung by the stasis of a big law firm, which — with 145 lawyers — RKMC certainly is.

“There are road bumps inside any large organization, sure, that’s natural, but I mostly just wanted to do something with more flexibility,” he said. “These days practicing law is like making a movie. You bring together the talent that you need, you give it your best, you try to win the Oscar, and then you all go your separate ways.”

But will this prevent him from taking on the Goliaths he so loves to slay? It’s one thing to have the willingness to take on a behemoth; it’s another to have the cash to get it done. Boutique firms historically haven’t been able to hang in there in mass-tort cases, year after year. 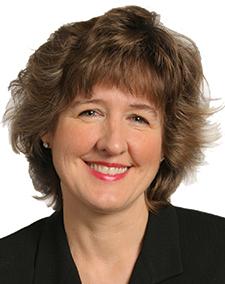 Ciresi rejects the premise, though. “We’ll never fear the resources, we’ll have the resources,” he says, mentioning that the firm will be well-capitalized, and there will be a bank line to tap. “There are many entities in the financial world that would finance meritorious litigation. I’m not worried about it.”

That’s on the financial side. But there’s also staffing: associates, paralegals, staff support. One needs bodies. It can’t all be outsourced.

Turns out they can all be outsourced. This wasn’t possible 10 years, five years, maybe even two years ago. Not at a truly comprehensive level. But it’s possible now. Just ask George Soule.

Soule was a founding partner at litigation firm Bowman and Brooke, and worked there for 29 years, until leaving last February to open a boutique firm with one colleague, Melissa Stull.

“I’m delighted with how things are going for us,” he said from an airport in Austin, Texas, where he was on client business. “We’ve had no problems with staffing. We form all types of partnerships to serve clients. Sometimes we’re the local firm with local connections; sometimes we’re the out-of-state firm with expertise. All kinds of things.” 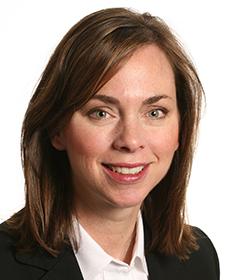 And he enjoys the flexibility that Ciresi craves. “I loved my time at Bowman and Brooke, but yes, this is a great fit for me. I’m only accountable to me and my partner. We take the cases we want — big fee, small fee, no fee. It’s great, and it works. This should be a seamless transition for Mike. Plenty of clients will hire him for his strategizing and trial skills. The rest he’ll be able to hire.”

Ciresi’s move, like Soule’s, is a counter-trend within the Minnesota legal world of the last several years, which has seen many firms merge with out-of-state counterparts in order to become bulked up for clients. In 2012, Faegre & Benson joined with Baker Daniels of Indianapolis. Last year, Leonard Street & Deinard hitched up with Stinson Morrison Hecker of Kansas City. Mackall Crounse & Moore did the same with DeWitt Ross & Stevens from Madison, Wisconsin. There’s something charming about the fact that Ciresi and Soule opted for small ball.

Roy S. Ginsburg, a lawyer consultant in town, thinks it’s more than charming, though. It’s smart. And it might indicate a new trend. “It’s another sign of the evolution on staffing,” he says. “It’s clear that the marketplace is becoming more and more open to this type of flexibility, and forming partnerships is good strategy.”

One thing that is clear: Ciresi is excited about this next stage in his career. “It’s emotional for me to be leaving, of course. I’ve spent my entire career at the firm. But it’s also a tremendously energizing time. Clients are expecting more and more of this type of approach, and I want to give it to them. This is the future of law.”

Mike Ciresi breaks up with himself