The McKnight Foundation commissioned writer Jay Walljasper to do a series of reports looking at the prospects and challenges in Minnesota’s 80 counties outside the metro area. This is the third of four articles excerpted from his first report focusing on Southeast Minnesota.

Agriculture remains central to Southeast Minnesota’s economy and way of life. Although representing a small portion of Minnesota’s overall farmland, the region accounts for roughly 40 percent of the state’s orchards, 25 percent of cattle and 90 percent of spring wheat. Puffed wheat was invented in Red Wing, while iconic brands like Hormel in Austin, Malt-O-Meal in Northfield, Sno-Pac in Caledonia and Jennie-O in Faribault have secured a place in many American kitchens.

The hilly terrain throughout much of the region helps keep farms smaller and more diversified than in the rest of the state. “We still have small and mid-scale farms that are family operated,” says Caroline van Schaik, who farms near Ridgeway and is the community-based food systems organizer for Land Stewardship Project in its Lewiston office.

“There’s an ethic of taking care of the land here, even by people who don’t use the language of sustainable agriculture,” she adds.

This positions the region as a leader in the burgeoning local food movement, helped by its geographic proximity to hundreds of thousands of hungry locavores in the Twin Cities. Southeastern producers of vegetables, fruits, herbs, cheese, grass-fed meats, microgreens, wine, beer, chocolate, hard cider, honey, jams, baked goods, canned chili and pet food were on display at Feast! Local Food Network— a trade show and celebration of local food across Minnesota, Wisconsin and Iowa held last fall in Rochester.

“You see more local food showing up in cafes and restaurants,” says Jan Joannides, executive director of Renewing the Countryside, which co-produced the Feast! event. Not just in urbane bistros like City Café in Rochester and Nosh in Lake City, but in casual spots like the Pedal Pusher Café in Lanesboro (which caters to sweaty families biking the trails as well as locals) and the Blue Heron in Winona (which functions as a community center as much as a café).

Minnesotans’ taste for local food is curbed by one obvious fact of life: five months of cold weather every year. But that’s not an insurmountable obstacle, asserts Joe Deden, director of the Eagle Bluff Environmental Learning Center, which is establishing a Food Lab & Education Center with a focus on year-round vegetable production at its campus in the hills above Lanesboro.

“We want people to garden deep into the winter,” says Deden, describing the proposed all-season greenhouse with 2,400 square-feet of growing space, which will take advantage of latest technology to be carbon-neutral. The food lab will demonstrate new indoor agricultural techniques to grow beans, broccoli, herbs, cherry tomatoes, carrots and other suppertime stand-bys through much of the year using less water and space.

The realities of a changing global environment make it crucial that we be able to produce enough food, according to Deden.

“As the uncertainties of climate change and water scarcity negatively affect areas in the southern and southwestern United States where food production has been concentrated, developing a diverse, robust regional foodshed is more important than ever for local food security. Education that enables more urban, suburban and rural residents to become a source for an increasing share of their own food supply creates greater resiliency of our country’s overall food system,” states an Eagle Bluff report. 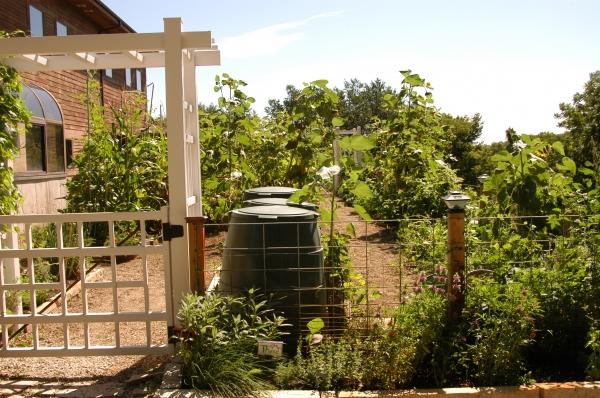 eagle-bluff.org
The Eagle Bluff Environmental Learning Center is establishing a Food Lab & Education Center with a focus on year-round vegetable production at its campus in the hills above Lanesboro.

Improving the prospects of low-income families remains a challenge in an era when wages are flat for the vast majority of working Americans and rural communities in particular are falling even further behind. We have to look beyond the usual focus on jobs, says Niel Ritchie, CEO of the Main Street Project.

“Livelihood is the key issue. How do we find a way out of the bottom for people, where they can own and control their own work?”

Main Street Project is developing a prototype for agriculture that will chart a course toward prosperity for Latino immigrant families, boost local economies and provide healthier, tastier food that people of all incomes can afford.

“This is a win-win-win-win,” Ritchie adds, “It helps the immigrants and their families, the landowners, the community itself and the environment.”

This entrepreneurial effort was sparked a decade ago as immigration raids shook Willmar, Worthington and other rural Minnesota communities. At that time, Reginaldo Haslett-Marroquin, a Guatemalan immigrant who earned an MBA at Augsburg College and co-founded the successful Peace Coffee company, was living in Northfield, where fears ran high through among the town’s growing Latino population.

“We decided it was time to gather the whole community and see if we could do something about this,” he explains. “This discussion soon centered on creating a path to get people out of poverty.”

That led first to a community garden and then an “agripreneur” training program to help immigrants take advantage of their farming skills and entrepreneurial instincts to make a living satisfying people’s newfound appetite for local food. (According to Main Street’s research, 70 percent of Latinos living in Rice Country grew up on farms.)

The organization now runs three free-range poultry operations in rural Rice and Dakota counties, where more than 45 new farmers have learned both the business and the agricultural dimensions of a new paradigm for food production. These half-acre plots produce free-range poultry served in dining halls at Carleton and St. Olaf colleges and directly to consumers through local buying clubs. Acquiring land is the biggest obstacle for aspiring farmers, a problem Main Street solves by making the most of every square foot of the acreage it rents from landowners who want to support sustainable farming practices.

The latest addition at Main Street’s Finca Mirasol farm, where Haslett-Marroquin lives with his family, is an aquaponic facility that grows spinach, greens and green onions indoors year-round in specially built beds where they draw nutrients through water pumped from fish tanks.

A diversified approach is the only way agriculture can be sustainable and profitable for new farmers, Haslett-Marroquin says, which is why Main Street experiments with a host of food-growing innovations, including solar energy for year-round poultry production, perennial crops for animal feed and hazelnuts as a cash crop.

The ultimate aim is to raise a variety of livestock and vegetables on these small farms, establish more plots across 36 counties in Southern Minnesota and organize them into a co-operative network to increase efficiency and economies of scale. “It will have a ripple effect to get much more back on every dollar invested,” predicts Haslett-Morroquin. “It will restore the way we grow food and treat the land, water, people and animals.”

“Minnesota has some opportunities to create a new food system with healthier food for people and better conditions for farmers,” adds Ritchie. “This is a very sensible approach, taking advantage of some old thinking we have forgotten and some new thinking we need to know.”

I just want to say one word to you: bioplastics

A different direction for Southeast Minnesota’s agricultural economy can be found in a non-descript building on the outskirts of Blooming Prairie: Bio-Plastic Solutions LLC, which manufactures a variety of products made from corn for construction, office and industrial uses. Right now bio-plastics account for only 5 to 10 percent of the company’s business, according to CEO Gary Noble, but he sees a growing market ahead as people embrace a practical, environmentally friendly alternative to petroleum based materials.

This is not a new idea. Ford Motor Company used plastics made from soybeans in its cars during the 1930s. In 1941, Henry Ford, working with George Washington Carver, debuted a prototype car made entirely from plastic, some of it created out of soybeans and hemp.

Bio-Plastic Solutions, which employs 13, currently sources its biomaterials from a Nebraska company owned by Cargill, but it’s possible to imagine local farmers supplying a burgeoning bioplastic industry in the region. This would boost agriculture income and provide jobs in manufacturing, which is the second largest industry in the region, employing more than 35,000 people.

Bioplastics are a controversial environmental issue. Increased corn or soy bean production using conventional farming methods could mean further damage to soil, water and wetlands as well as more energy and chemical use, say some environmental advocates. Others counter that biomaterials can be manufactured sustainably.

Jay Walljasper writes, speaks and consults nationally about how to create healthier, happier communities. His website is JayWalljasper.com.