It’s tough to find gray hair in the Thursday night crowd at Canterbury Park, the thoroughbred racetrack in Shakopee. Buck Night, with its $1 admission, $2 hot dogs and $3 drafts, has brought out thousands of millennials and young families. The squeal of happy kids climbing a massive Jungle Jim 20 paces from the paddock almost drown out announcer Paul Allen’s race call. And on the second floor of the grandstand, a toddler plays on the floor of a quiet lounge, 30 feet from a horseplayer with an open laptop monitoring six simulcast screens.

Horse racing is in freefall nationwide, as casinos and online gambling cut into handles (the total amount bet) and profits. Hollywood Park in Southern California and Suffolk Downs in Boston both closed in the last year. Hialeah Park, once the jewel of Florida racing, limps along running quarterhorses. Other than Triple Crown races or the Breeders Cup, racing crowds are so small that most tracks no longer even announce daily attendance figures.

“At a lot of tracks, you feel like you’re walking into an empty bingo hall,” said Robertino Diodoro, Canterbury’s leading trainer last year. “It doesn’t feel like you’re even at a racetrack any more.”

Yet modest Canterbury Park, which went broke as Canterbury Downs in 1992 before Curtis and Randy Sampson bought and revived it three years later, is thriving. Even before it signed a landmark 10-year cooperative marketing deal with the Shakopee Mdewakanton Sioux Community — owners of Mystic Lake Casino — in 2012, Canterbury was bucking industry trends with steadily rising attendance.

Over the July 4 holiday weekend, Canterbury drew more than 40,000 visitors, including 7,657 for racing on Thursday and 20,376 for fireworks on Friday — a track record. The crowds bumped the daily average to 6,641, putting Canterbury on pace for its fifth consecutive season of averaging 6,000-plus per day.

With things soaring, last month the track took a what-the-hell flier on Triple Crown winner American Pharoah, offering a $2 million purse (same as the Kentucky Derby) for the annual Mystic Lake Derby in late August if owner Ahmed Zayat brought his horse. Trainer Bob Baffert opposed it, but Canterbury Park Vice President Eric Halstrom said Zayat has yet to say no. (Those aware of Zayat’s longstanding financial issues will understand why.)

Last week, American Pharoah committed to race in the $1 million Haskell Invitational at Monmouth Park in New Jersey, Zayat’s home state, on Aug. 2, and chances are that Zayat will choose the $1.25 million Travers Stakes at Saratoga on Aug. 29 over Canterbury, sparing Halstrom the nightmare of wedging an anticipated record crowd of 30,000 to 40,000 into a facility equipped to handle 17,000.

“Respectfully, we need to get some sort of response to know if we’re still legitimately in the game or not,” Halstrom said. “But until they say no, it’s hard to turn the opportunity down if it exists.”

‘It wasn’t like we had it all figured out’

It was a savvy marketing strategy — focused on attracting young people instead of hard-core gamblers, plus a thriving 24-hour card club — that kept the track in business until the Mystic Lake deal guaranteed solvency through 2022. That deal has meant higher purses, which brought better horses from out of state, and more interesting races, which gamblers love. Last Thursday’s $1.26 million handle, more than $1 million of it bet at casinos and tracks nationwide that pick up Canterbury’s simulcast TV signal, marked the track’s highest for a weeknight. That same night a 79-1 shot paid $161 to win, a track record.

Things weren’t always so rosy. The track spent millions lobbying to become a racino — a combination racetrack and casino — before finally giving up in 2012 and approaching Shakopee Mdewakanton Sioux Community. Without that, said Halstrom, the track by now “would be on life support, no question.” 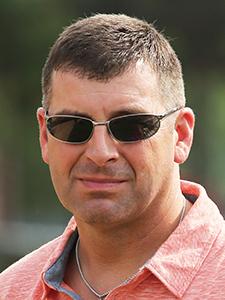 Instead, with Prairie Meadows in Des Moines struggling and Chicago’s venerable Arlington Park down to three racing days a week, Canterbury has become a prime Midwest racing destination.

“It’s almost like we’ve got the biggest live entertainment outdoor sports bar,” said track CEO Randy Sampson. “It really wasn’t like we had it all figured out at the beginning. We kind of learned along the way what works.”

Getting people on the grounds took trial, error and experimentation. The Sampsons understood early on there weren’t enough serious gamblers for the track to survive on the nightly racing handle. Minnesotans are, to put it kindly, notoriously frugal gamblers. They bet cautiously, in small amounts. Plus, crowds skewed older.

Instead, the track chose to target younger patrons, developing the next generation of bettors. “From the beginning, I had a lot of respect for Mike Veeck, who was starting with the (St. Paul) Saints around that same time, getting lots of press for all the goofy stuff that he did,” Sampson said. “People would go there and they didn’t really care who won or lost the game. They were there to have a good time. And he was just the master at creating an entertaining atmosphere.

“I said to everybody even back then, that’s the model for horse racing. We’re not going to be major league. We need to be the best at the minor leagues that we can. So we need to shoot T-shirts in the crowd and have bands and do fun things to create a fun atmosphere. We’re fortunate we had a relatively new and modern facility, because some of these tracks that have been around 50 years, it’s hard to get families and people out.”

That effort meant picking up trash, upgrading food and beverage, and eliminating the dark sketchy areas of the grandstand endemic to older tracks. “All of that is part of creating an atmosphere that appeals to a broader audience than your traditional dingy, dirty racetrack atmosphere with overpriced crappy food,” Sampson said.

‘It’s not a racetrack. It’s an activities center that has racing’

Average attendance rose gradually, from 3,807 in 1995, the year the track reopened, to a record 6,656 in 2013. (Last year it dropped to 6,361, which track officials blame on heavy June rains.) Three of the five largest crowds over the last five years attended Extreme Race Day, featuring camel and zebra racing and other oddities straight out of the Mike Veeck playbook. This year’s will take place on July 18. 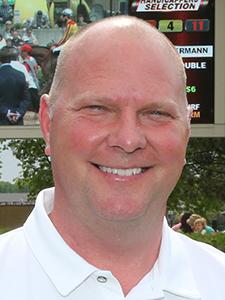 Louisiana-based trainer Eric Heitzmann shipped 25 horses to Canterbury, more than double from his debut season here last year, a tribute to the crowds and how well the track treats horsemen. (The Sampsons own horses themselves.) Heitzman calls the crowds the best in the country for meets of longer than a month.

“They do a lot to keep the younger crowd coming,” he said. “It’s not a racetrack that has things going on. It’s an activities center that also has racing. They come for the activities, which is fine. And while they’re here, they bet a few dollars on horses. They do a great job. You go to the grandstand, there’s always a lot of young people who enjoy the racing and enjoy whatever else is going on. You’re constantly keeping a fan base growing, which is great.”

Texas-based trainers Donna and Dallas Keen, who also operate a rescue organization for retired racehorses, returned to Canterbury for the first time since 1997, attracted by larger purses, the weather (not as brutally hot as Texas) and family-friendly vibe.

“It’s unbelievable,” said Donna Keen, leaning against the door of her barn one morning last week. “I love seeing the families here and the young people because they’re the next generation of horse players. If we don’t get those people in the business and loving the sport, we’re not going to have a sport in 15 years because the old-timers are going to be gone. Who’s going to come to the races then if we don’t show young people how great our sport is?

Now, Sampson says some of those kids that enjoyed the pony rides and ice cream cones in the ’90s are back as adults. A few even work for him. Halstrom admits sneaking into the track as a Bloomington teenager, pretending to be part of another family walking in. (Kids under 18 must be accompanied by adults.) And track paddock analyst Angela Hermann of Apple Valley started here as a horse-loving 16-year-old usher. 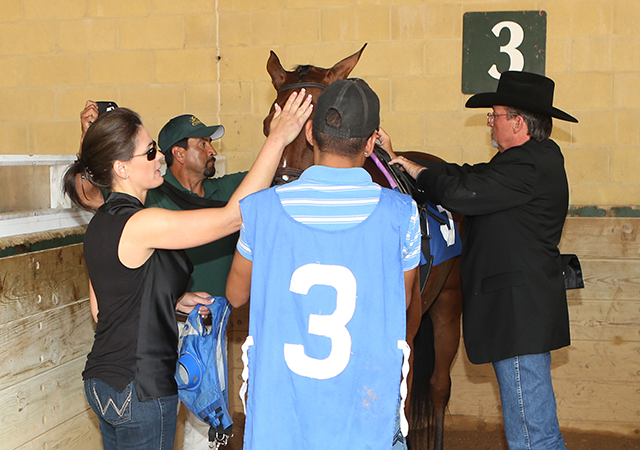 Horse racing is dying in America. So why is Canterbury Park thriving?