When Northwest Airlines and Delta Air Lines limped into bankruptcy together on the same September day in 2005, the airlines’ executives and employees were focused on survival. But they also wanted to build business models that could withstand spikes in oil prices, downturns in the global economy and domestic competition from low-fare airlines.

Within the span of 10 years, Delta has succeeded in constructing a financial juggernaut. Delta’s transformation was kick-started in October 2008, when the Bush administration’s Department of Justice gave the green light to Delta’s acquisition of Eagan-based Northwest. Delta was the first mover in a wave of industry consolidation, which also resulted in mergers for United, American and Southwest.

Holiday travel is on the minds of Minnesotans and many of them will be flying on Delta, which has become a highly profitable carrier. For the first three quarters of 2015, Delta generated $6.1 billion of operating income on $31.2 billion in operating revenue. Its net income for the nine-month period was $3.5 billion, and Delta employees will receive $1.1 billion in profit sharing for their work over that time frame.

If you examine the Delta-Northwest merger through a Minnesota lens, it’s apparent that key fears of merger critics haven’t been realized.

Delta is keeping a major hub in the Twin Cities:  Seven years after the merger was approved, it’s clear that Delta is reaping considerable financial benefits from its hub at Minneapolis-St. Paul International Airport. In an October conference call about third-quarter earnings, Delta CEO Richard Anderson emphasized “record margins” in Delta hubs, including Minneapolis and Detroit.

When the merger was consummated, some Minnesotans speculated that Delta wouldn’t maintain two large northern hubs and that Twin Cities’ operations could be downsized in favor of Detroit. That concern didn’t translate into reality. Earlier this year, Delta reported that it had 433 daily departures from the Twin Cities and 443 from the Detroit Metropolitan Wayne County Airport. Delta has been serving 144 nonstop destination cities out of Detroit and 140 from Minneapolis.

In October 2008, after the merger was approved, Delta President Ed Bastian flew to the Twin Cities to emphasize the importance of Northwest’s hub. He directly stated that it was in Delta’s financial interest to keep a healthy hub in Minnesota, citing a skilled work force, significant corporate travel accounts and an efficient airport. “We’d be fools, quite honestly, to let anything happen to that,” Bastian said at the time. 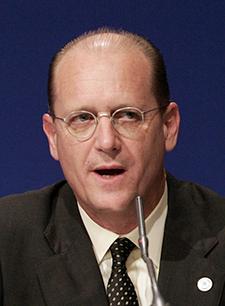 In a speech in downtown Minneapolis last year, Delta’s Anderson reinforced that message and said that Delta’s seat capacity at the Twin Cities airport is expected to increase by more than 8 percent by 2019.

Competition at MSP has increased since the merger: Delta still transports the large majority of passengers who fly out of Minneapolis-St. Paul International Airport. However, low-fare competition has expanded in the Twin Cities since the merger. Southwest Airlines launched its service in 2009 with flights to Chicago’s Midway Airport and it continued to add routes in recent years. Spirit Airlines also has become a player in the Minnesota marketplace, and it serves travelers who want no frills and low fares.

“Sun Country, which was here prior to Delta’s acquisition of Northwest, has significantly expanded its service in recent years as well,” Patrick Hogan, long-time spokesman for the Metropolitan Airports Commission, told MinnPost. “If you look at new MSP routes that airlines have announced for 2016, most are by airlines other than Delta,” Hogan said. He added that new Delta flights “focus on international service.”

In April, Southwest will inaugurate service to Baltimore-Washington, while Spirit will add Atlanta. Sun Country plans to begin flights to Denver in May. Meanwhile, Delta is adding service from the Twin Cities to Iceland and Rome on May 26.

Based on passengers carried, Southwest and Sun Country were in a virtual tie in 2014 for the second-largest carrier in the Twin Cities.

Long-time Minnesotans serve in key Delta posts: After Delta acquired Northwest, the airline’s Eagan headquarters was closed and corporate jobs located there were lost. But an understanding of Minnesota travelers, the Twin Cities’ business community and Minneapolis-St. Paul International Airport did not vanish with the merger. 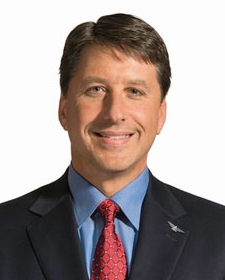 Delta’s CEO, Richard Anderson, had a 14-year career at Northwest that included three years as chief executive. He served as an executive at United Health before moving from the Twin Cities to Atlanta in 2007 to lead Delta.

In addition to traveling to Minnesota for Delta meetings, Anderson continues to have close ties to Minnesota’s business community. He has been serving on the Medtronic board since 2002, and he joined the Cargill board of directors in 2006.

Bill Lentsch, a veteran Northwest executive, is Delta’s senior vice president of airport customer service and cargo operations. In that role, he’s responsible for Delta’s in-airport customer service and operations and about 25,000 employees across the airline. In the years following the merger, he was based in the Twin Cities as a senior vice president of Minnesota operations. Lentsch holds degrees from the University of Minnesota and the University of St. Thomas.

When Anderson was searching for a successor for Ben Hirst, who had served as general counsel for Northwest and chief legal officer for Delta, he selected someone with Minnesota roots. Peter Carter, a prominent attorney from Dorsey & Whitney in Minneapolis, was named in June as Delta’s chief legal officer. Carter is a 1991 graduate of the University of Minnesota Law School.

Delta expands through international opportunities: Like many large and small Minnesota companies, Delta is building its business by identifying and seizing opportunities in the global marketplace. Northwest was an especially strong merger partner for Delta, in large part because of its Asia routes and joint venture with KLM Royal Dutch Airlines.

In his conference call comments about Delta’s third-quarter performance, Anderson said that Delta had increased its stake in GOL Airways in Brazil and entered into a long-term, exclusive partnership with China Eastern to build a hub in Shanghai.

“Delta is quite unique in these investment strategies,” Anderson said. “We are the only U.S. carrier with equity investments, coupled with long-term joint ventures and commercial cooperation, with airlines in Asia, the United Kingdom and Latin America.” 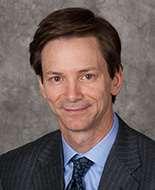 During his Minneapolis speech last year, Anderson noted the Twin Cities has the highest per capita concentration of corporate headquarters among major U.S. metro areas. Those corporations are key customers for Delta’s international routes.

Delta’s pre-tax income of $2.2 billion in the third quarter was in stark contrast to the financial woes of a decade ago that sent Delta and Northwest into bankruptcy. Delta’s financial success goes well beyond the steep decline in oil prices this year.

Delta, like its peers United and American, has pricing power in a consolidated marketplace. While the airline industry previously behaved like a commodity business — in which airlines followed each other on fares, fleet plans and frequent flyer programs — Delta has elected to chart its own course.

Its contrarian behavior has surfaced when purchasing an oil refinery, dropping out of the Airlines for America trade group and retrofitting old airplanes.

In a November message to Delta employees, Anderson reported that Delta had completed nearly all of its October flights. “For the entire month we had just 32 cancellations out of 85,998 mainline flights,” Anderson said. “American and United can only dream about that.”

Liz Fedor is a Twin Cities-based journalist who covered the airline industry for seven years for the Star Tribune.