The McKnight Foundation commissioned writer Jay Walljasper to do a series of reports looking at the prospects and challenges in Minnesota’s 80 counties outside the metro area. This is the second of three MinnPost articles drawn from his latest report, “Northeast Minnesota: New Possibilities in the North Country.”  The first, on the Iron Range, can be read here.

Things looked so bleak for Duluth during the 1980s that some wag put up a billboard along the southbound lane of I-35 asking, “Will the last one leaving Duluth please turn out the light?”

Who could have imagined that 30 years later the city would be reaping laurels like Outside magazine’s influential Best Town honor (beating out usual suspects Boulder, Colorado; Asheville, North Carolina; and Burlington, Vermont), and earning credit for nationally renowned bands like Low and Trampled by Turtles?

Duluth, whose population shrank by 15,000 between 1970 and 1990, has bounced back economically thanks to tourism, education, health care, aviation and advanced manufacturing. The city’s unemployment rate was under 3 percent late last year, and it is winning national recognition as a lively, livable place with unmatched opportunities for outdoor recreation along with thriving local arts, beer and food.

‘A premium on making life interesting’

“Duluth is 26 miles long, built on a hillside. On that hill are 40 streams,” Ness told the magazine. “What we tell folks is that you can live in this city, and have world-class mountain biking, skiing, kayaking, and sailing right out your back door, right in the city.”

Indeed, vacationers can find waterfalls, rushing streams and woodland hiking trails that rival the North Shore in inner-city oases like Lincoln Park and Lester Park. And these are mere patches of green compared with the wild stretches of Hartley Park, Hawk Ridge, Brewer Park, Magney-Snively, Frederic Rodney Paine Forest Preserve, and Spirit Mountain that give Duluth reason to brag. Within the city limits are 16 designated trout streams, 22 downhill ski runs, 40 miles of cross-country ski trails, and 60 miles (soon to be 100) of mountain biking trails. The Superior Hiking Trail winds through the city’s west side, as does the Willard Munger State Trail, where bikers and snowmobilers can glide or roar. An old gravel quarry is being eyed as a climbing facility, especially for use in winter when its walls are coated with ice. Even Jay Cooke State Park lies partly within Duluth’s boundaries. 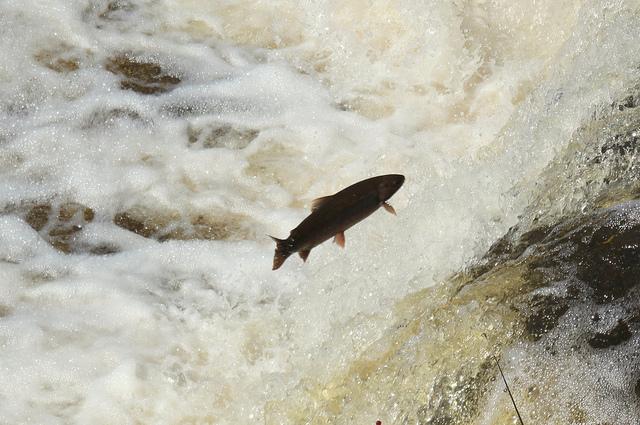 CC/Flickr/ajburcar
There are 16 designated trout streams within Duluth city limits.

Duluth’s natural bounty and sweeping views of Lake Superior enrich the city far beyond tourist dollars. Lincoln Park, where Miller Creek dramatically tumbles in a series of waterfalls through a sylvan gorge, is the centerpiece of revitalization on the long-beleaguered west side. A few blocks away is the popular Bent Paddle Brewing Company, a branch of the Duluth Art Institute, and Frost River Trading Company (a store selling bags of every possible variety in a stylish, rustic design made on-site) a stone’s throw from the SRO Esmond Building, thrift stores, and dive bars.

On the east side, Chester Creek, Tischer Creek, and Lester Park border hillside neighborhoods with tree-lined blocks of old homes in Tudor, Georgian, Dutch Colonial, Prairie and Foursquare styles. Duluth may be the last city left with intact historical character where a moderately successful designer, artisan, or entrepreneur might be able to afford a house built for a lower-rung robber baron.

One of the most distinctive neighborhoods in America is Park Point, the modest Miami Beach of the North, a literal sandbar poking into Lake Superior lined by funky old (and some not-so-funky new) houses with a beach out back. Residents have established a community garden at the Lafayette Square Community Center and vigilantly monitor development proposals for the area.

The Canal Park and Lakewalk areas are well known to vacationers, who come to see huge freighters steaming into port and enjoy treasures like homemade sausage at the Northern Waters Smokehaus and cocktails at the Vikre Distillery. Yet too many travelers bypass downtown Duluth — the not-to-miss home of the Zeitgeist Center for Arts and Community, which includes a gallery, performance space, café, and cinema; the Electric Fetus, a gloriously old-school record store; the Duluth Depot, home to a top-notch train museum and the Duluth Art Institute; and Bob Dylan’s early boyhood home (519 North Third Avenue East).

Sorely needed for both tourists and locals is better pedestrian access between Canal Park and Duluth’s main drag, Superior Street. Right now there are a couple of unpleasant bridges with sidewalks placed inches away from heavy traffic, and one pedestrian walkway that is nearly impossible to find from the Lakewalk.

With an accent on authenticity, a one-of-a-kind natural setting, and a youthful spirit buoyed by numerous college students, Duluth seems poised to thrive in a coming economy fueled by creativity more than by raw materials. Yet there are still challenges ahead, including a drop in enrollment since 2010 and sharp state budget cuts at the University of Minnesota Duluth, and the fact that Duluth’s admirable progress to date has brought only stability, not growth, to its population. Another question is what happens now that Don Ness has left office, succeeded by political ally Emily Larson.

Proctor, a town of 3,000 just across Boundary Avenue from Duluth, ought to be a sleepy bedroom community with no real identity of its own. The attractions of Duluth next door, plus the convenience of strip malls and big box retailers on the interstate, should have ravaged Main Street and sucked out all the life. The closing of the PDM steel fabrication plant downtown in 2013 should have been the last nail in the coffin for this old railroad town. 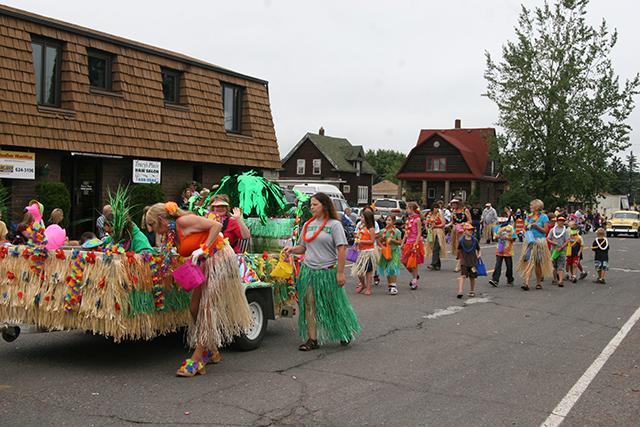 Courtesy of the City of Proctor
A community parade in Proctor.

The Proctor Area Historical Society showcases local history in the old offices of the Duluth, Missabe and Northern Railway. It has 118 members, 20 of whom volunteer at the museum regularly, explains President Jan Resberg. Some don’t even live in Proctor, including Resberg himself. “I came over here from Superior, Wisconsin for a look,” he recalls, “and next thing I knew I had joined the organization.”

What Duluth and Proctor show us

Standing side-by-side overlooking Lake Superior, these two towns both defied conventional wisdom about which communities have a future and which don’t.

Lights are still burning bright in Duluth, and Proctor stubbornly refuses the role of a nondescript suburb with no there there. Their continuing vitality shows that successful cities are not just the preordained outcome of economic conditions; they are the creation of dedicated citizens who care deeply about the place they call home.

How Duluth bounced back from economic oblivion