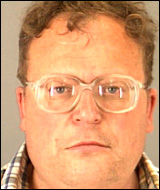 The arrest of Giusti, who was reportedly angry over Ms. Pelosi’s primary role in passing healthcare reform, comes as a growing number of lawmakers complain about the increasingly violent tenor of verbal attacks against them.

On Thursday, a judge ordered that Giusti be evaluated to determine whether he is mentally fit to be released to a halfway house pending a trial, according to the Associated Press.

Giusti, who has been convicted previously for making violent threats and lives in a federally subsidized apartment in the San Francisco’s Tenderloin district, reportedly called Pelosi’s homes in California and Washington, but is believed to have spoken to the Democratic lawmaker only once.

The Federal Bureau of Investigation is expected to release more details of the case Thursday.

In at least 13 calls to Sen. Patty Murray (D) of Washington, Charles Alan Wilson of Selah, Wash., allegedly told the senator that she had a “target on your back.” Mr. Wilson was arrested Tuesday.

Even though these new threats appear to be largely aimed at Democrats, Republicans have also been the subject of harassment.

While the man charged in late March with making death threats via YouTube against House minority whip Eric Cantor (R) of Virginia has been deemed unfit to stand trial for mental health reasons, Mr. Cantor also reportedly received threatening e-mails in the lead-up to vote on the healthcare overhaul.

According to Politico, at least 10 Democrats and “a handful of Republicans” received violent threats last month.

Some commentators have sought to cast the harassment as part of “tea parties” and the growing militia movement.

However, as in the case involving Cantor, the violent threats against Pelosi come from an individual with a history of mental illness.

In an interview with ABC7 TV in San Francisco, Giusti’s mother said her son had associated with people who held “radical” views. But, she added, her son has long coped with mental problems, and that he was not capable of actually carrying out the threats.