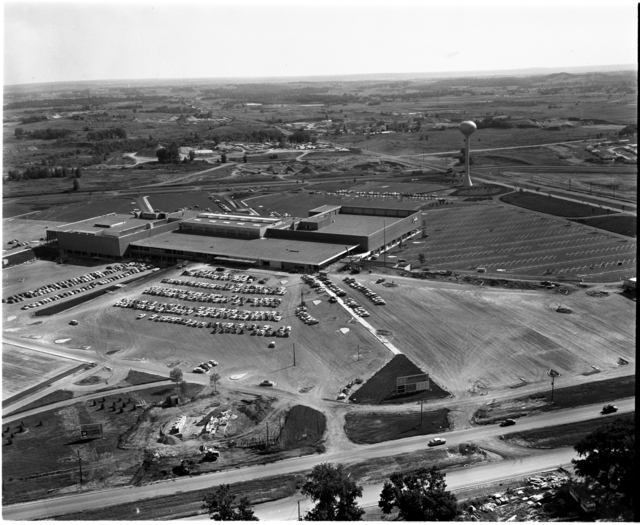 Victor Gruen, inventor of Edina’s Southdale Mall, had dreams of saving ruined cities. As he saw it, postwar America had fallen on hard times, ruined by planners and their monolithic neighborhoods. Gruen wanted nothing more than to resurrect the vibrant street life of his native Vienna.

“A healthy urban heart pulsates with life day and night,” he wrote, “[and] attracts creative people … those who would value intimate contact with urban features and for whom, whether they are wealthy, middle-class, or poor, the city is a way of life.”

Today, of course, along with cream cheese wontons and Post-It Notes, Gruen’s indoor shopping mall is Minnesota’s most influential invention. Southdale’s two-story enclosed atrium, parking-moated shopping building is so widely copied that it’s banal. Walking around Southdale today, it’s difficult to discern its utopian past because, as a shark must move forward to survive, the nature of a shopping mall is to endlessly remake itself. Thus the Mall of America’s official slogan is “always new.”

But over the last few months, conflicting claims have emerged about how malls fit within Twin Cities society. (“#Itsmymall!” “No, #itsmymall!”) The seemingly audacious protest by the #blacklivesmatter movement and subsequent reaction by the Mall of America and the Bloomington prosecutor illuminate the complex relationship that shopping malls have as public and private spaces. Like it or not, they are simultaneously massive private companies and rough, if degraded, facsimiles of Gruen’s public sphere.

A brief history of shopping in quasi-public

In writing about Minneapolis’ new Downtown East park, I outlined how the concept of “public space” is not a given. Rather, public space is an outcome of conflicts large and small, a kind of massive social game with rules, territory, borders and police. From unspoken social norms (think George Costanza screaming “We live in a society!”) to large-scale political demonstrations, what’s allowed in public becomes the battleground of everyday democracy.

In the capitalist city, these contestations are particularly vivid touching our shopping spaces. The definitive work on the matter is likely Walter Benjamin’s posthumous (and famously messy) work, “Arcades Project,” where the leftist sociologist cataloged changes surrounding shopping streets and department stores in 19th-century Paris. The book is an encyclopedic compendium of news clippings, quotes, observations and short essays arranged by theme: boredom, sales clerks, social movement, the streets of Paris, advertising.

Benjamin’s “arcades” were kind of like 19th-century skyways, narrow interior corridors lined with shops, “a recent invention of industrial luxury … extending through whole blocks of buildings, whose owners have joined together for such enterprises,” as Benjamin describes.

“Lining both sides of the corridors, which get their light from above, are the most elegant shops, so that the arcade is a city, a world in miniature,” he writes.

What obsessed Benjamin, and other Parisian contemporaries like Baudelaire and Balzac, were the radical urban transformations taking place around the new streets. Entire neighborhoods of sometimes-unruly peasants were demolished and replaced with high-class consumerism. Even in the chaos of urban Paris, to read through the literature is to feel the sharp distinctions between private and public.

Victor Gruen’s Southdale, built in 1956, remains a definitive case study of the paradox of public malls. Gruen himself, a loquacious Austrian émigré (and an admitted socialist), had particular notions about what made a good city.

“We must learn how to vary the elements of urbanization if we do not want to lose the rich differentiation in human experience that is the salt of the earth,” Gruen wrote in his manifesto, “The Heart of our Cities.” “If we do not succeed in accomplishing this, we shall lose the city forever, and with it will go urban culture.”

As he sketched it out, Southdale was meant to be a dynamic public space that welcomed many different kinds of activity.

“What is novel and revolutionary [about malls like Southdale] is the manner in which the store buildings are placed,” he wrote. “The buildings form a cluster of great compactness, with spaces between them reserved for pedestrian use only and equipped with such amenities and improvements as landscaping, rest benches, fountains, and even, in some cases, the work of creative arts. … Some of them are as esthetically as pleasing and as busy as the long-lost town square of our urban past.”

Gruen’s dream of public malls never quite came true. Instead of a “town square,” malls evolved into places dedicated to the pursuit of profit. For example, today’s malls are painstakingly designed to reduce “threshold resistance,” our reluctance to enter into new stores, by creating permeable walls and borders. “Adjacencies” between like commercial spaces create particular modes and micro-climates of consumption, and how two-story malls interact with surrounding roads and parking lots is often carefully calculated to maximize exposure to products. (Think about the labyrinthine design of an Ikea, or about how mall escalators are often found only at the far ends, and you get the idea.)

As Frank Bures pointed out, today’s malls “have been on decline,” and examples of defunct malls are a familiar sight in every city; the Mall of America (and its planned, even larger, Miami sibling) is more the exception than the rule. Malls have been an object of ironic critique for so long — “Mallrats,” “Dawn of the Dead,” “Fast Times at Ridgemont High” — that retail designers are trying again to reconfigure the relationship between commerce and the city.

Emily Fedoruk is a cultural studies graduate student at the University of Minnesota who studies malls across North America, and calls the Mall of America “one of the most highly securitized malls” she’s ever seen. Fedoruk’s research examines how many contemporary malls have begun incorporating elements of public space and street life into their designs, particularly public art, murals and even poetry.

“I really like Southdale,” Fedoruk told me this week. “When you look carefully, its modernist design is still there even though they’ve catapulted stores like PF Changs onto the outside. Gruen’s socialism tried to push back on the idea of the space of the mall as this all encompassing commercialized space.”

Fedoruk points to the way that the rules of conduct at the Mall of America restrict access. For example, the mall prohibits “conduct that is disorderly, disruptive, or that interferes with or endangers business,” along with a list of clothing restrictions and a thoroughly enforced age curfew for certain hours of the day. While many malls have similar rules, and the Mall of America certainly has legitimate concerns about being a symbolic target, the idea that malls cleanly fall outside the public realm is problematic for many people.

“Malls bring out the mini-Marxist in everyone, these shrines to consumption that bring out ennui for people by just being there,” Fedoruk explained. “What’s at stake in the question of the Mall of America is the possibility that this is something that is interesting to everyone. Symbolically, malls are more public than they can be concretely. I think that is the public-ness, that everyone has something to say about malls.”

And the problem of public space malls is not going away. Fedoruk points to trends that increasingly blur the line between public and private, indoor and outdoor spaces. Around the country outdoor malls like the Shoppes at Arbor Lakes or the new outlet mall in Eagan are being built, though as a recent policing incident reveals, disparities around security and race are still a problem. 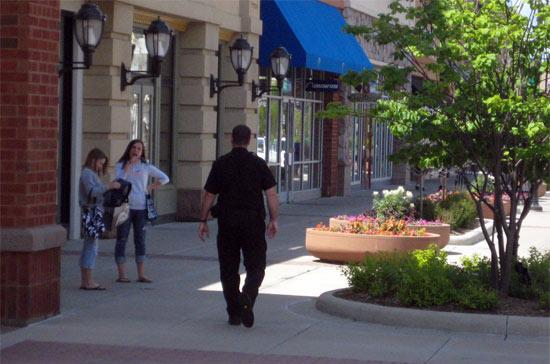 The public claim to malls

Pushing against the boundaries of public space, as the #blacklivesmatter has done by demonstrating at the Mall of America or on Interstate I-35W, has long been the most crucial kind of political activity. (Think of lunch counter sit-ins, or the private bus company that transported Rosa Parks.) Both freeways and suburban malls play crucial parts in creating the Twin Cities’ landscape of racial inequality, by limiting how and where public encounters can take place. After all, malls are carefully designed to be places to maximize shopping to the point where it is the only remaining kind of “free speech.”

Mapping the evolving intersection of public space and shopping reveals how difficult this tension has been to resolve. Urban retail spaces like Nicollet Mall, downtown skyways, branded business districts, or shopping malls are carefully shaped to encourage particular behavior. And, inevitably, these choices have important social implications.

If Victor Gruen had had his way, there would have been no doubt; modern shopping malls would be public space. But the way that history played out, Gruen’s utopian dream remains difficult to grasp. Toward the end of his life, he began to condemn contemporary shopping malls, calling them “customer traps, [disfigured by] the ugliness and discomfort of the land-wasting seas of parking.”

I’d like to think that Gruen is wrong, and that Twin Cities malls can still be places for important public conversation. As the debate about the Mall of America shows, people remain emotionally invested in what happens in the Mall of America atrium.

The complex role of malls: private but sort-of-public spaces