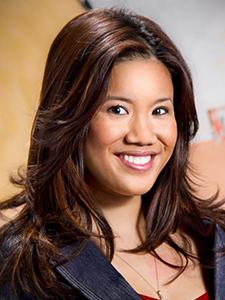 As Sousada Chidthachack came of age in Minneapolis, she watched her Lao-born immigrant parents struggle to make ends meet.

Winger (father) and Bounmy (mother) had escaped from Laos’ Communist government, and arrived in the United States in 1986 by way of Nakhon Phanom refugee camp in Thailand, where Chidthachack was born and where she spent the first two years of her life.

The early years in Minneapolis were tough on the immigrant family.

“We were on government assistance, ” Chidthachack said. “We lived in the projects in north Minneapolis, at least for four years. There was always a language barrier. As early as fifth grade, I can remember that I would be the translator for my parents at the doctor’s office. If there was something about work that they needed translated, or something of an emergency, I was the one doing that.”

Chidthachack said some of her schoolmates and others tried to isolate her by falsely linking her to gangs. “I was associated with this community, even though I wasn’t ever in a gang,” she said. “So I felt like I had to constantly overachieve to prove people wrong.”

And prove them wrong she did, always keeping her eye on the education prize.

A matter of degrees

After graduating from South High in 2002, Chidthachack attended the University of St. Thomas, where she earned a bachelor’s degree in math in 2007 and a master’s degree in curriculum and instruction in 2010.

Chidthachack spent five years teaching in Minneapolis schools. While teaching, she stayed engaged as an education activist, an outspoken justice advocate and an inspirational figure to thousands of young people of color.  She currently serves as a math tutor and mentor to low-income high school and college students in the Twin Cities.

When the University of St. Thomas begins its fall semester, Chidthachack, now age 30, will join the faculty as a math instructor. And next spring, she will graduate from the University of Minnesota with a Ph.D. in Science, Technology, Engineering, and Mathematics (STEM).

While interest in STEM jobs grows apace, so does racial disparity in the field: About 71 percent of STEM workers are non-Hispanic white, 15 percent are Asian, 7 percent are Hispanic, and 6 percent are black.

Chidthachack said she hopes her community service will help shrink that gap.

“My aim is to engage communities and say, ‘Hey, here is what I have to offer; here are the resources I had access to because I was once a Ph.D. student at the U,’” she said. “My aim is to use the gifts that I’ve been given to inspire young kids.”

As Chidthachack reflects on her relative good fortune, she credits her parents, “my No. 1 teachers,” she said. “They are the reason why I continue to strive for excellence because their expectations were very high. For example, when I was a young student, I would get 95 on a test, and my dad would be like, ‘Good, what happened to the other 5 points?’”

There are also mentors and coaches to whom she’s grateful. Among them is Beverly Davis, a retired principal of MetroTech Career Academy. The Harvard-trained educator has been a cheerleader and a shoulder to cry on, and is the person who encouraged Chidthachack to pursue a Ph.D.

“She is disciplined,” Davis said of Chidthachack. “She is focused. Her goal is making math more accessible to students of color. I’ve no doubt that she will be a major force in education around math.”

‘I defy the odds’

Chidthachack has committed her personal and professional journey to the pages of her forthcoming (self-published) memoir, “The Lesson is Never Just a Number: A Mathematics Teacher’s Journey From the Projects to Pursuing a Ph.D.”

The book is partly Chidthachack’s life story, and partly about Twin Citians who are serving the community. One of the nine people she has interviewed so far is St. Paul Police Chief Thomas Smith. Chidthachack said she wants to reach a wider audience with her message about what can be achieved with a good attitude and a good education.

“People who look like me don’t usually get to where I am now,” she said. “I don’t fit the mold, I defy the odds. In that, I want people to find inspiration.”

From a refugee camp to the halls of higher learning