The result was the following interview, modeled after Bonafield’s conservative-leaning column titled “Quite Right.”

Left Out
By Susan Berkson

Perhaps no columnist in town has raised the blood pressure of neo-conservatives and those who love them like Kristine Holmgren.

For some time I’ve wondered how Holmgren, who disappeared from the Star Tribune opinion pages in 2004, felt about being left out of the public discourse while lesser writers with overt agendas continue to reap miles of print.

I hunted her down, and talked with her last week at her humble Como Park cottage. I asked her about journalism today; the bad writing, corporate newspaper ownership, the prejudice of privilege and its consequences to journalistic standards. 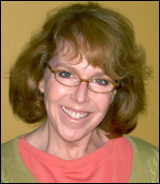 I also asked her to share her experiences a lightning rod for neo-conservative sexist rage.

What follows is the first installment from that interview. We discuss a variety of issues: the power of privilege when it name-calls Minnesotans, questions (or lack of same) about gay marriage, “provocative” mail, freedom and more.

First some background. Holmgren, who earned a B.A. degree from Macalester College, holds a Master of Divinity degree from Princeton Theological Seminary. She is an ordained Presbyterian minister with over 30 years of service to faith-based communities and Minnesota nonprofits. She is the founder and executive director of the Dead Feminists Society of Minnesota, and she served on the boards of the Minnesota Women’s Consortium and the Minnesota Civil Liberties Union.  Her writing has appeared in numerous publications.

Now on to the interview:

SJB:  Since you left the Star Tribune opinion pages, there is no one to present the other side to the conservative opinion. If you were writing, how would you respond when people ask how same sex marriage will harm heterosexual marriage?

KH:  Funny; I never hear that question. I bet if I were still writing for the Strib, I wouldn’t hear it either.

But hey, I am a firm believer that what you hear depends on where you stand. When a person stands with people of diverse backgrounds, no one talks about how more freedom hurts others.

No. Different questions are asked. Like, did you find work? Where do you go for decent day care? Did you know there’s a sale on ground beef at Cub? Those are the kinds of questions I hear. 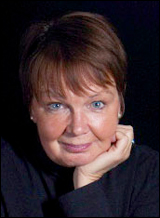 But then, I don’t stand with the rich, the privileged and the powerful. I’m out here in the world, hanging with ordinary people.

And I mean ordinary. People who, right now, need a little more help than they usually need. And people who, frankly, don’t care who’s sleeping with whom.

We all have the same concerns, you know. Last time I checked, gays, straight, trans-gender people need jobs just like the rest of us. I see the hetero/gay marriage question as coming from an insular point of view. The people who ask it are obviously not hanging with the people I know, the people I meet.

And when you look at it, the question signals a certain fear. It’s asked by people who are afraid of the challenge to their privilege.

Now, let’s be clear; I don’t think privileged people are mean-spirited.  They don’t approach the world with a desire to do harm. But I think this question is based in a clear, straightforward form of ignorance. To paraphrase the late, former governor of Texas, Ann Richards, they “can’t help it.”  They were born with silver spoons in their mouths.

The good news is this: Ignorance can be challenged. I believe the call to ministry and outreach is to challenge ignorance, wherever we find it. Education is the role of ministry; to change hearts and minds so people no longer have to live in the dark.

SJB: When you were writing for the Star Tribune, did you get a lot of hate mail?

KH: Hate is a harsh word for what I received in the mail. I like to call the response I received “provocative.”

In the 19th century, when a woman spoke publicly, she was called “promiscuous.”  I believe we still have a long way to go in the acceptance of thoughtful, critical women’s voices.

Consider our Minnesota progressive women, and the criticism they bear: Amy Klobuchar, Betty McCollum, Lori Swanson — each one is today called “promiscuous” by neo-conservatives.

My experience, while not identical, can be compared to theirs. Whenever I write or speak about women, children or the family, I get criticized. Sad to say, we’re living through a conservative, conservative time in history.

And I understand why media men, pushed by corporate agendas, open the door to people like Sarah Palin, a woman who appears on magazine covers in short shorts and brags about killing and eating wild animals.

But I don’t understand why mainstream media women support a person who puts them down.

I hated to see Oprah Winfrey and Barbara Walters open their public forums to Palin. These women are powerful on their own; they call the shots. Palin’s entire political reason-to-be is to deny everything my generation fought for: in the workplace, the home and Washington.

SJB:  Do you think the Star Tribune newsroom is liberal?

KH:  There’s another goofy question. How can anyone see any group of people as any one thing?

Every community in Minnesota consists of people to the left, the right and to the middle. Once again, what you see depends upon where you stand.

When I am with a group of journalists, I see careful, thoughtful people attempting to apply their craft. I don’t see liberal, conservative — and I am wary of anyone who assigns to a group of professionals any particular political persuasion.

These judgments usually emanate from people with limited exposure to our culture and world.  When privileged people encounter perspectives counter to their own, they often label others in order to dismiss them. The dismissal demonstrates the limits of their insular lives.

If you never go outside your peer group, you’re only going to see the world the way your peers see it.

SJB:  Why did you stop contributing op-eds to the Star Tribune?

KH:  My editor said my run was up.  He told me I did a fabulous job — that I sold a lot of papers for the Star Tribune. With gratitude and a phone call, he let me go.

SJB:  How did that feel?

KH:  I had two emotions; one was incredible sadness. The other was bafflement. When something ends abruptly, a person always wonders, what’s the real motive here.

As the years have unfolded, it’s become clear to me that my politics are not in line with the corporate interests of the newspaper. I have neither the right corporate connections, the right degree of wealth nor the peer group that the Strib wants in an opinion writer.

I’m a poor country pastor; a Minnesota voice without a platform.

Susan J. Berkson is a Minneapolis-based media critic and writer.