The debate over the merits of a constitutional amendment making Minnesota a right-to-work (RTW) state is heating up. Proponents of RTW contend that it will make Minnesota more business competitive and produce jobs. Opponents respond that it will lower family incomes. Because the debate has taken on partisan implications – with Republicans and Chamber of Commerce constituencies favoring RTW and Democrats and unions opposing it – it is difficult to separate fact from fiction.

Is RTW about economics, or is it about politics, directed at busting unions that have historically supported Democratic candidates and causes? The simple answer is that it is about both. RTW does not produce the economic benefits that its advocates claim, and instead the real justification has to rest upon its political aims.

What do we know about the economic impact of RTW? Legislative debates on the issue are generally badly informed or woefully devoid of fact-based impartial evidence. Often studies are cited by organizations with clear political agendas. Groups such as the Cato Institute, the Mackinac Center, and the Chamber of Commerce argue that RTW laws produce lower unemployment rates for states. Conversely, the generally liberal Economic Policy Institute finds the opposite, and also asserts that RTW adversely impacts unionization and family incomes. More nuanced and independent research yields a better picture.

In “Right-to-Work Laws and Economic Development in Oklahoma” Lawrence Mishel finds no evidence that RTW laws increase employment. Conversely he finds evidence that they decrease wages. Lonnie Stevans of Hofstra University in a paper entitled “The Effect of Endogenous Right-to-Work Laws on Business and Economic Conditions in the United States: A Multivariate Approach” reached the same conclusion on both points, while also noting that the rate of self-employment was higher and bankruptcies lower in RTW states.

Conversely do RTW laws hurt unionization? H. Craig Petersen and Keith Lumsden, in  “The Effect of Right-to-Work Laws on Unionization in the United States,” find little evidence for this claim. States, for example, such as Nevada, which is RTW, have one of the higher unionization rates in the country at 16.6 percent in 2011. The same conclusion is reached in the article “The Effects of Right-to-Work Laws: a Review of the Literature,” by William J. Moore and Robert J. Newman.

But in addition to the above research, one can also do the math to look at the impact of RTW. Data is available for 22 states with RTW and 29 plus the District of Columbia without. (Last month, Indiana became the 23rd RTW state.) The Bureau of Labor Statistics (BLS) provides data on unionization rates, unemployment, and median family income. What do we learn from crunching some numbers? 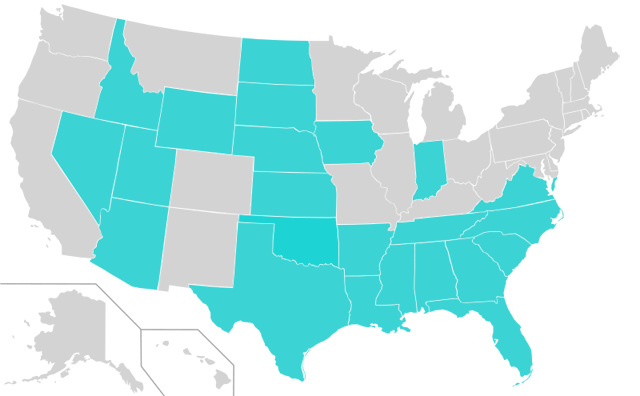 CC/Wikimedia Commons/Scott5114Data is available for 22 states that have enacted right-to-work legislation. Indiana adopted a right-to-work law in February. 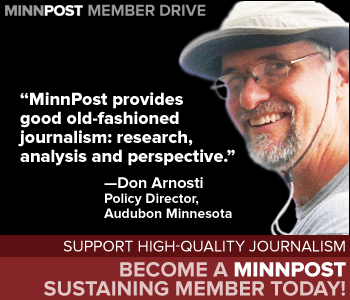 But the classification of states as O’Reilly does into those which are RTW versus union is too crude. Many RTW states do have unionization levels comparable to those lacking such legislation. Is there any statistical correlation between the percentage of the work force in a state that is unionized and unemployment rates? With a correlation of 0.1 the connection is almost nonexistent.

But now take a look at the differences from another angle. There is a significant difference in median family incomes in states that are RTW versus those that are not. Using a three-years-average median family income for 2009 to 2009, RTW states have a median family income of $46,919, non RTW it is $53,418, a difference of $6,499 or 13.9 percent per year. Testing for the impact of RTW on median family incomes, the relationship is -0.4. This means there is statistical evidence that RTW is associated with lower incomes: RTW depresses wages. Finally, the percentage of the state’s work force unionized demonstrates a positive 0.47 correlation with incomes: Unions increase household incomes.

RTW laws are only one variable affecting the economic climate of a state. But it is fair to say that these laws have no real impact on unemployment and instead states with them have lower median incomes. Similarly, unionization does not depress employment and instead increases wages. Presumably more wages for workers means more consumption and a better economy in the state.

So if economics is not really the issue (unless one wants lower wages), then what is it is about?

It is about politics. Generally advocates for RTW are Republicans who see labor unions as primary supporters of Democrats. RTW laws, along with voter identification laws, are tools aimed at weakening the political support for the Democratic Party by making it more difficult for some to vote, organize and amass political resources. Simply put, it is an effort to rig the rules of politics to favor one side by demobilizing the other.

David Schultz is a professor at Hamline University School of Business, where he teaches classes on privatization and public, private and nonprofit partnerships. He is the editor of the Journal of Public Affairs Education (JPAE). Schultz blogs at Schultz’s Take.

The economic and political truth about right-to-work legislation