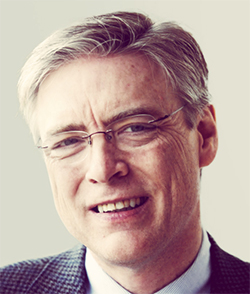 Washington, D.C., is more partisan, polarized and broken than ever, and new polls show that an overwhelming 78 percent of Americans think our country is headed in the wrong direction.

But contrast the frustrating state of affairs in Washington with our upcoming election for Minneapolis mayor — a civil, positive, issue-oriented campaign that encourages candidates to work towards having the support of the broadest base of voters possible. The winning candidate will be the one who most successfully reaches beyond his or her narrow base and who will take office beholden to a majority.

That’s all thanks to ranked-choice voting (RCV) — a fairer, modern, and more accessible election system that we’re proud to support. Ranked-choice voting rewards candidates who represent a broad majority, instead of ideologues beholden to a narrow, fanatical “base.” Minnesotans — and Americans across the nation — are so fed up with negative campaigns, attack ads, and hyper-partisan gridlock, that we can barely stomach watching the news or paying attention to politics anymore.

But it doesn’t have to be that way. Now, more than ever, it is clear: We need ranked-choice voting at the national level.

The upcoming Minneapolis elections are set to be one of ranked-choice voting’s biggest tests yet. Minneapolis (and neighboring St. Paul, which also utilizes ranked voting) has an incredible opportunity this year to show just how valuable and important RCV is to our democracy. It’s not the only solution needed, but it’s one of the most critical, and it’s up to all of us to make sure that happens.

By ensuring majority outcomes in a single high turnout November election, ranked-choice voting opens up the field to a diverse group of voices, gives voters actual choices in their elections and encourages candidates to reach beyond their narrow base to appeal to a broad majority of voters.

The truth is, that’s just not how our political system should operate. Voters should have the chance to hear from a diverse group of voices engaging in real, honest debates about the important issues affecting our communities — and, ultimately, the winning candidate should have the trust and mandate of a majority of the electorate, not just a narrow base of voters,

Have you noticed how much more positive and respectful this election cycle has been? It’s refreshing to see candidates focused on what is best for the people of Minneapolis, and not just attacking their opponents until you can’t stand any of the candidates in the race. 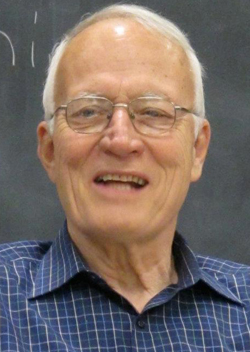 Even better, ranked-choice voting is as simple as 1, 2, 3. When voters in Minneapolis go to the polls and cast their votes Nov. 5, they’ll have the option on their ballot to rank their first, second, and third choice candidates — a system that gives you as a voter real choices and the power to decide your next mayor.  That’s all there is to it.

With ranked-choice voting, there’s also no fear about a wasted vote — you can go cast your ballot for your first, second, and third choices confidently, knowing that your vote will be counted and will matter.

Minneapolis is leading the way and setting an outstanding example for the rest of our nation. It’s a stark and refreshing contrast from the do-nothing attitude of many in Washington, and we have every confidence that Minneapolis voters will prove this year — once and for all — how valuable ranked-choice voting is, and why we need to implement it on a national scale.

So, remember: Rank your vote on Nov. 5! In a nation yearning for less gridlock and more respect and teamwork, Minneapolis’ ranked-choice voting system is a shining example of success. Together, we’re leading the way toward a new day in American politics.

Tim Penny is a former Minnesota congressman, and David Durenberger served as a U.S. senator from Minnesota.

We need ranked-choice voting at the national level

By Tim Penny and David Durenberger