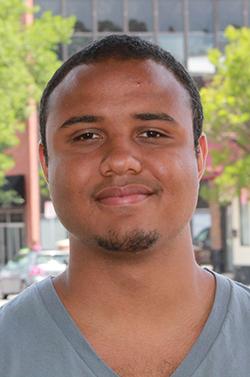 The unexplained changes to the MPS budget draw attention to something important. A budget is not an arbitrary set of numbers. A budget demonstrates the values and the priorities of an organization. A budget puts an organization’s money where its mouth is. And, ideally, a budget’s allocations represent specific goals and the money needed to achieve them.

I am a black male. I have heard countless times that MPS is going to focus on black male achievement and would establish an office to support black males in MPS. In the current budget, the Office of Black Male Achievement was awarded a paltry $200,000 out of the total $774,000,000. That is just over one-fortieth of 1 percent of the overall budget, allocated to serve all black males in a district where African-Americans make up the largest single demographic group at 36 percent of enrollment.

What kind of resources can the district provide with $200,000 that will improve the outcomes for all of the black males? In the context of President Barack Obama’s 2012 call to action in signing an executive order for Educational Excellence for African Americans and his announcement this year of $200 million in funding for the My Brother’s Keeper initiative, the funds designated by MPS toward these issues appears half-baked, even shameful.

Even the English Learners program, which received a last minute $5 million allocation, is underfunded. This represents one half of 1 percent dedicated to one of the most underserved populations in Minneapolis, a group that includes more than 8,000 students and makes up a full quarter of the district.

If the amount allocated to these groups is not enough to make an impact, then the allocations are nothing more than empty, symbolic numbers that try to communicate “you are important” but fall short of their goal and instead send a message that, in the grand scheme of things, our successes are not worth very much.

Questions should be asked of MPS

I encourage students, parents, and education allies to ask these pertinent questions: How did these figures get determined? How did MPS prioritize student needs? What specific goals is MPS trying to accomplish with each “bucket” of funds? And, most important, when it comes time to budget next year, what metrics will be used to determine the allocation of funds?

Furthermore, I encourage the Minneapolis Public Schools to increase funding for the Black Male Achievement, Gifted and Talented, and English Language Learner programs. If we truly intend to support these students and let them know they matter, our budget numbers should reflect that claim.

When we look at the MPS budget, we can’t help but interpret the priorities and the values officials have assigned to particular groups in dollar terms. The resources assigned must be adequate enough to make a difference. We are well aware of the limited resources, but the way we split the little we do have says something about our long-term objectives, and puts a price on every student’s head. The question for MPS becomes, “What are we worth to you?”

Kenneth Eban is the state captain of Students for Education Reform-Minnesota.

Asking Minneapolis Public Schools: What are we worth?