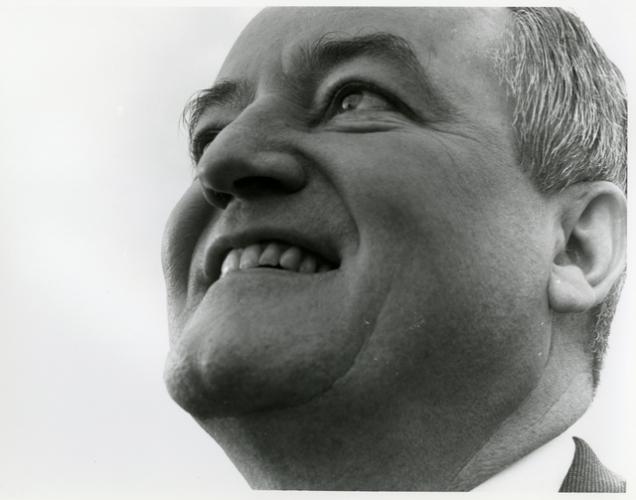 On  June 19, 1964, my 10th birthday, the Civil Rights Act passed the U.S. Senate by a 73-27 vote. It was quickly ratified by the House-Senate conference committee, which adopted the Senate version of the bill.  Minnesota Sen. Hubert H. Humphrey left the Capitol that night with a few hundred supporters outside cheering “freedom.” It’s widely  reported that the Minnesotan  smiled and someone else shouted, “You give us justice senator.”

On the floor of the U.S. Senate that night, Sen. Everett Dirksen shared a line from a favorite poet of his who wrote, “Any man’s death diminishes me, because I am involved in mankind,” so he added, “ so every denial of equal opportunity for livelihood, for an education, for the right to participate in representative government diminishes me.” It had become a deeply moral issue for both of these U.S. senators.

How many Minnesotans fully realize that Dirksen and Humphrey were the two political heroes behind the scenes that made this Senate compromise happen and thus, the Civil Rights Act of 1964? I know my dad, a history teacher at White Bear Lake High School, realized the extent of Humphrey’s role and was extremely proud of our senator and his leadership on Capitol Hill.

However, the road to passage was marked by huge obstacles that even the strong support of President Lyndon B. Johnson could not overcome. There was a 54-day Senate filibuster that was only shut down by one vote, and that cloture vote was on  June 10. It took Republicans Hugh Scott (Pennsylvania) and New York  Sens. Jacob Javits and Kenneth Keating plus three last minute Democratic commitments  from Howard Edmondson (D-Oklahoma), Ralph Yarborough (D-Texas) and Howard Cannon (D-Nevada) to shut down the Senate filibuster.

Next, it is a myth that Johnson twisted arms and almost single-handedly passed this landmark bill. Actually, the record shows that his direct impact on winning the votes of any U.S. senators was minimal, and many insiders say he won only one key vote from Carl Hayden (D-Arizona). It’s important to note for historical perspective that Sen. Mike Mansfield (D-Montana) had replaced Johnson as the Senate Majority leader and there was no vice president to lobby Capitol Hill at this time as Sen. Humphrey did not become the vice president until January 20,1965.

It was after a “Meet the Press” appearance by Humphrey on March 8 that the president called Humphrey and said, “You drink with Dirksen, you talk with Dirksen and you listen to Dirksen” and stressed that they needed to give him the chance to be a hero in history. Johnson chose Dirksen to be the key Republican ally in the Senate and was truly savvy to tap the senator from Minnesota, the Democratic majority whip, to be his floor leader for the Civil Rights Act.

By early May, Dirksen and Humphrey had begun private meetings that lasted one month; they circumvented the Judiciary Committee and crafted the Senate compromise bill quietly behind the scenes. As President Johnson had predicted, Dirksen crafted a few amendments that brought another handful of Republican senators on board to support the legislation.

To put this in the historical context, at a recent 2014 Constitutional Center panel discussion held in Philadelphia about the legislation, I asked  Bruce Ackerman about the role that Dirksen and Humphrey had played in the passage of the Civil Rights Act. The noted constitutional lawyer and professor answered by saying that the bipartisan compromise they crafted meant success that even LBJ’s support and the national civil-rights movement could not have accomplished. He affirmed that those two senators negotiating behind closed doors and crafting the legislation was instrumental to garner the necessary bipartisan support needed and thus, passing  the U.S. Senate.

The Civil Rights Act of 1964 showed that the U.S. Congress could work together to compromise to alter the course of American history to address the inequality of living conditions and to eliminate the institutional humiliations within American society.

It should be duly noted that when the bill was signed by President Johnson on July 2, 1964, the first two pens handed out at the Civil Rights Act ceremony at The White House were to the two senators that made it happen: Dirksen and Humphrey.

I hope all Minnesotans are very proud of the role our senator played in this historic accomplishment. Anyone would be hard-pressed to come up with one example of bipartisan support in the 21st century that could rival this bipartisan achievement.

I salute Hubert Horatio Humphrey on this 50th anniversary of his milestone 1964 accomplishment and the lasting gift he gave our country.

Hubert Horatio Humphrey: hero of the Civil Rights Act of 1964