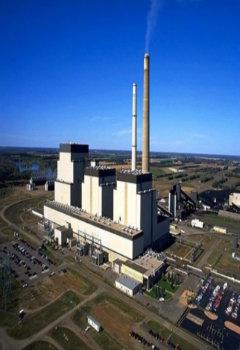 Xcel Energy is under increasing pressure to limit output at its largest power plant, the Sherco coal plant, which burns about 30,000 tons of coal per day, releasing more than 20 million tons of carbon dioxide per year, not to mention mercury and sulfur emissions.

There are a dozen new generation Westinghouse AP1000 nuclear plants under construction in China, Georgia and South Carolina. One of those AP1000s could replace the Sherco facility with round-the-clock emission-free electric power.

The 1979 Three Mile Island incident in Pennsylvania raised irrational fears about nuclear energy and interrupted nuclear expansion in the United States, exposing us to additional pollution from fossil fuels. Japan’s Fukushima accident has added to those fears.

In 2012, the U.N. General Assembly asked the United Nations Scientific Committee on the Effects of Atomic Radiation, or UNSCEAR, to undertake a “full assessment of the levels of exposure and radiation risks” regarding the Fukushima accident.

UNSCEAR is the independent international body set up in the 1950s to give impartial advice on the effects of radiation on people and the environment. Released recently, the UNSCEAR assessment concluded that “the rates of cancer or future hereditary diseases in Japan were unlikely to show any discernible rise in affected areas, because the radiation doses people received were too low.”

Although upwards of 20,000 people died or are still missing from the earthquake and tsunami, there have been no reported deaths from radiation at Fukushima. Prompt evacuations from the area around the nuclear plants helped ensure that radiation exposure was reduced to levels that were “low to very low.”

The report said lifetime additional radiation exposures to the public in the Fukushima region were expected to be less than what the Japanese receive from natural background radiation.

Those conclusions were supported by a January report from the World Health Organization, which said for the general Fukushima area, “the predicted risks are low, and no observable increases in cancer rates above baseline rates are anticipated.”

As a result of Fukushima, Japan shut down nearly all of its 50 nuclear reactors which supplied 30 percent of its electric power. Japan was then forced to switch to fossil fuels for electric power generation. Air pollution from fossil-fuel power plants causes far more sickness and deaths from pollution per unit of electricity produced than carbon-free nuclear plants do.

Rolf Westgard is a professional member of the Geological Society of America and is a guest faculty member on energy subjects for the University of Minnesota’s Lifelong Learning program. His fall quarter class will be No. 17041, “CO2 is not C: MN coal plants and the new EPA rules.”