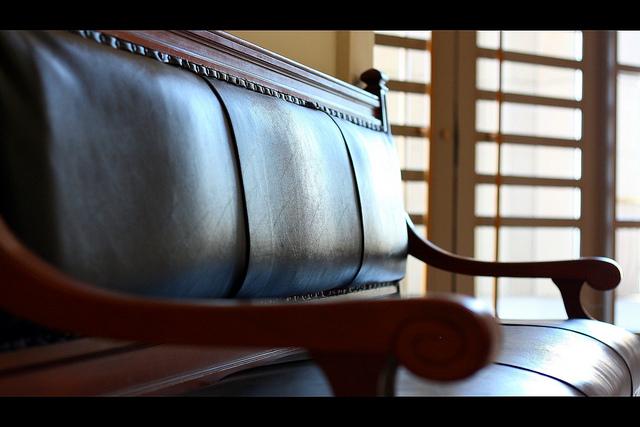 This is the second in a series of occasional commentaries on the judicial system from the perspective of a District Court judge.

Imagine how terrifying our system of justice would be if judges made decisions without explanation. In Family Court, judges would divide up property, and award child custody, without giving any reason for their choices. In civil cases, judges would resolve business disputes, and determine personal responsibility for accidents, without explanation. In criminal cases judges would make important rulings regarding a defendant’s constitutional rights without stating a basis for the decision.

We wouldn’t stand for such a system because we want to know that decisions are fairly reached. We want an explanation for how the judge reached his or her decision.

Explaining the rationale in a school-admission case

One day, early in my term as a civil judge, I was assigned a sensitive case. A private religious school with an excellent reputation was accused of discriminating against a disabled student. The school admitted one brother, an able-bodied athlete, but withdrew the admission for his fraternal twin, who was wheelchair-bound as a result of a debilitating muscle disease.

As in most cases, there was a fundamental disagreement between the parties about the facts. But the parents and the school also disagreed about what standards should be applied under the law to determine whether the school met its legal obligations. They disagreed about whether a private school has to make a reasonable accommodation to assist a disabled student, and whether the plaintiff must prove the school acted in bad faith.

I issued a lengthy opinion addressing the issues of law. The parties didn’t necessarily agree with my conclusions; they both felt strongly that their position was right. But when parties feel that a judge has carefully considered all of the arguments, they are more likely to be satisfied with the process, even if they disagree with the result. This is the most important reason judges issue decisions, sometimes very long ones, which carefully explain how they reached their conclusion.

When a judge doesn’t explain

The process doesn’t work as well when judges don’t explain their decisions. I once appeared before a judge in Indiana on a case that attracted lawyers from all over the country. It was a Superfund case to determine who would have to pay tens of millions of dollars for the cleanup of a polluted industrial site. I made a motion to dismiss my client from the case, and at the hearing, attended by a courtroom full of lawyers, the judge was clearly engaged. He’d obviously read the briefs, and he verbally interacted with the parties during the arguments. When he issued his opinion, however, there appeared only one line to his order: “Defendant’s Motion for Summary Judgment is Granted.” The order dismissed my client from the action.

We had no idea on what basis the judge made his decision — which arguments he accepted and which he rejected. It wasn’t that the judge wasn’t interested, or able, but rather that he didn’t have the resources necessary to do his job properly. He had no law clerks to help him research the law, draft the results, nor even a secretary to help him type a decision. As a result, he simply didn’t have the time to do all he was called upon to do, and consequently issued his one-line order.

This isn’t the way a court system is supposed to work. When parties only know the result, but not the basis on which it was reached, they lack satisfaction with the process, and question if the decision was a considered one.

While judges write their opinions for the parties, they aren’t the only audience; judges also write for the Court of Appeals. When a local company with a national business sued its Canadian competitor for hiring its employees away and encouraging them to break their employment contracts, I knew the parties would fight over whether a Minnesota court had jurisdiction over the dispute — all of the employees and the Canadian competitor were from out of state.

I wrote my opinion not just for the parties, but also for the Court of Appeals. I wanted the Appeals Court to understand the consideration I had given the issues, and to provide a roadmap for the court to affirm my decision.

Equally important, writing an opinion helps a judge think through complex issues, forcing the judge to carefully consider the reasons for the judgment rendered.

The truth is that judges often take pride in the decisions they render, and want affirmation that they were correct. It doesn’t always happen. I carefully considered the petition of the parents of a severely autistic child for the services of a personal care attendant (PCA). At issue was the proper application of a new statute that had not yet been interpreted by the courts. The complex issues boiled down to whether an 8-year-old child had a disability in mobility under the statute, and as a result whether he was entitled to more PCA care each day than the state was willing to provide.

The finding — and the result

I found the statute was clear and unambiguous because the statute said that a child has a disability in mobility if the child needs “constant supervision to complete the task” or “hands-on assistance.” The child could move by himself — in that sense he had mobility. But the child’s autism was so severe that he had neither the ability to understand verbal commands nor the ability to communicate verbally. The child needed someone to hold his hand and direct him or he would run away, or run around in circles. The same was true of his eating and toileting — it wasn’t that he didn’t have the ability to move his hands to perform these tasks, but he had no self-control and needed constant supervision and hands-on assistance to perform these basic acts. It appeared to me that the language of the statute clearly embraced the situation where an individual could physically move from place to place, but nevertheless needed constant supervision or hands-on assistance to do so.

The Court of Appeals and the Minnesota Supreme Court reversed my decision. The Supreme Court found that the words of the statute were ambiguous. The court did a careful analysis of the complex and difficult statute, concluding that the Legislature did not intend to provide PCA time for a child who had the physical ability to move from place to place. I thought the Legislature had used clear language in stating that a child has a disability in mobility if the child needs constant supervision, or hands-on assistance to complete a basic task of daily living — assistance that the severely autistic 8-year-old child in my case clearly required. Obviously, I was wrong — the Minnesota Supreme Court said so.

What I think is so wonderful about our system is that we come to a clear understanding of the law when opinions are well written and clearly expressed.  A reader, following the arc of the decisions in this case, knows how the ultimate decision was made — what arguments were considered and accepted or rejected. It leads to a respect for the law, whether or not you agree with it. That’s how our law develops, and one way we assure respect for the process — it’s the reason we write legal decisions; sometimes very long ones.