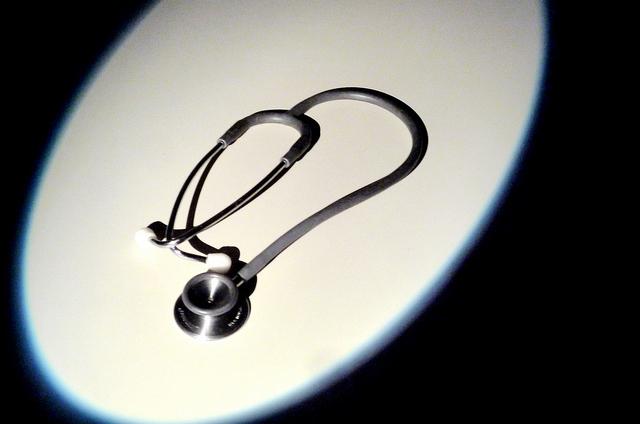 CC/Flickr/rosmary
HMO’s are trying to stop the public from shining a light on health care costs.

Last June 5, MinnPost posted a Community Voices commentary titled “A battle is looming over Health Plans’ secret price data.” In 2014, the Health Plan HMOs that operate the state’s public health care programs sought a legislative exemption from complying with data disclosure laws. They didn’t get that, but won a delay for compliance, which expires this June 30.

Starting then, the HMOs will no longer be able to keep secret what they pay doctors and hospitals for the state’s programs like Medical Assistance and MinnesotaCare. To avoid that fate, the HMOs need to get the 2015 Legislature to enact the permanent exemption, which they failed to win last year.

State legislators sought information to help them decide this question of exemption. They ordered the Department of Human Services (DHS) to study the potential economic impact of price disclosure, because the HMOs warned that disclosure would cause medical providers to force them to pay providers more, which would drive up medical costs and state expenditures.

DHS released its report on Feb. 9, but it doesn’t give the Legislature an answer to the validity of the HMOs’ warning. The key phrase is: “There does not appear to be overwhelming evidence to suggest a definitive answer or conclusion. There is also a lack of clear examples of broad public release of price information in a health care market to provide any estimated impact.”

The DHS report, which can be accessed here [PDF], includes submissions from various stakeholders. Comments from the Minnesota Medical Association, Greater Minnestoa Health Care Coalition, Minnesota Coalition on Government Information and others argued against data secrecy for the HMOs. The HMOs, of course, gave comments in favor of secrecy. So far this session, there have been no hearings on the report, nor debate on what the Legislature should do. The Legislature mustn’t let the HMOs quietly and quickly insert their controversial exemption in conference committee at the end of session.

Meanwhile, there is open discussion on a closely related issue: if and how the state will start performing audits on the HMOs’ public program expenses, especially their payments to doctors and hospitals. In 2012 the Legislature mandated the state’s Office of Legislative Auditor (OLA) to perform the first-ever independent audit of the HMOs. Lacking auditing, these expenses have been a mystery: Nobody knows how much of the $4 billion-plus that the state gives annually to the HMOs goes to medical expenses, and how much they keep for themselves. This is fiscal irresponsibility at its worst. On March 16, legislators were told – to their amazement – that even charitable donations made by the HMOs are “trade secret.”

This March, OLA staff told the House and Senate Health Finance Committees and the House Health Reform Committee that they succeeded in completing an audit of the HMOs’ administrative expenses. However, they said that they had great difficulty trying to undertake an audit of medical expenses. To do a medical expense audit, the OLA said that actuary and specialized claims data auditing expertise is needed; and that they would also probably have to hire more than one CPA firm, to avoid conflicts of interest.

The OLA also said that DHS should perform frequent audits of its own, on the HMOs’ individual paid claims data that DHS receives. DHS computed some tallies of these paid claims, and found numbers significantly less for Medica and Blue Plus than the summaries that these HMOs had reported to the state. Audits of the data would reveal whether the HMOs have been reporting inflated numbers to the state – and thereby receiving huge improper overpayments. It can prevent overpayments in the future.

On March 20, these suggestions of the OLA [PDF] were approved by the House Health and Human Services Reform Committee as an amendment authored by Rep. Tina Liebling, with the help of Rep. Jennifer Schultz. It was added to a bill by Rep. Matt Dean, HF 2038. If the new language survives, it can serve to finally launch the long-overdue and sorely needed auditing of the HMOs’ medical expenses. (This language has also been filed as a bill on its own, HF 2111; it has 15 co-sponsors.) The public can finally get real accountability for over $4 billion in annual expenditures — almost a quarter of the state’s total. The return of hundreds of millions of dollars in overpayments back to state coffers should then be possible, as well as the opportunity to avoid this very costly mistake in the future.

To make sure this happens, the public needs to let the Legislature know that full transparency and accountability of the Health Plans’ spending is a critical priority.

Buddy Robinson is the co-coordinator of the  Greater Minnesota Health Care Coalition.

Legislature must deal with HMO data disclosure and auditing