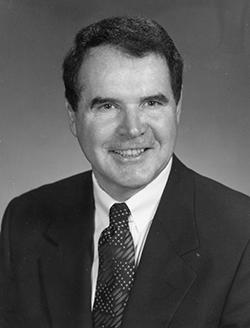 In the words of Jerome M. “Jerry” Hughes’ children, “Dad taught us how to live and how to die, with great character, graciousness and dignity. He was a class act. We are blessed to have had him for our father.” I want to echo Hughes’ six children; Jerry was a personal mentor of mine and had a profoundly positive effect on my life and career.

Sen. Hughes was first elected to the Minnesota Senate in 1966 and served for 26 years under five different governors. He became chair of the education committee in 1973 – and it was then that I first met Jerry when I was a student at Hamline University. Shortly after meeting I began interning in his office during the 1972-73 session and was impressed and inspired by his dedication for education — especially early education and his emphasis on the importance of lifelong learning. He was our state’s early champion and advocate for proposals launching these programs and I enjoyed doing research and learning about the importance of these initiatives. I am in awe of the progress made in our state as a result of Jerry’s efforts.

After my internship, Jerry encouraged me to get involved with education and other issues at the local level. I took his advice, and was elected to the North St. Paul-Maplewood-Oakdale school board. It didn’t take long before I began advocating for the same education principals I learned from Jerry at the Capitol – and gained strong support in response.

Jerry was a wonderful mentor over the years, and he also encouraged me to consider running for the Legislature someday when he completed his service. Inspired by his guidance and motivation as an intern, I eventually became our area’s state senator in 1996. Two years ago, Jerry called me about the need to provide additional investment in Early Childhood Family Education programs, citing proven research, and it was an honor to have the Legislature respond positively with bipartisan support. 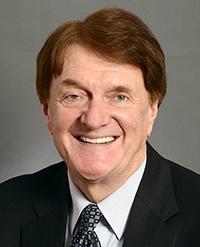 Not only did Jerry serve our area as a state senator, he was a teacher, counselor and coach at Monroe and Johnson High schools, as well as a community education administrator, Education and Public Policy Consultant for the St. Paul School District and served as a graduate faculty member at the University of Minnesota. Jerry Hughes taught me what it meant to truly serve your community; he was a lifelong passionate advocate for education and always strove to improve the system. Jerry was a compassionate, caring visionary. I thank him for the significant impact he made for Minnesota, and for me — he inspired my public service career. It is an honor to follow in his footsteps.

Jerry liked to cite two favorite quotes that have always stuck with me:

“Your health is your wealth”

Two simple pieces of advice that serve as good reminders about what is truly important in life.

At the age of 85, Jerry died a few weeks ago on June 26, 2015. He leaves behind his six children, 16 grandchildren and five great-grandchildren. I will always be thankful for Jerry’s exceptional public service and his friendship.