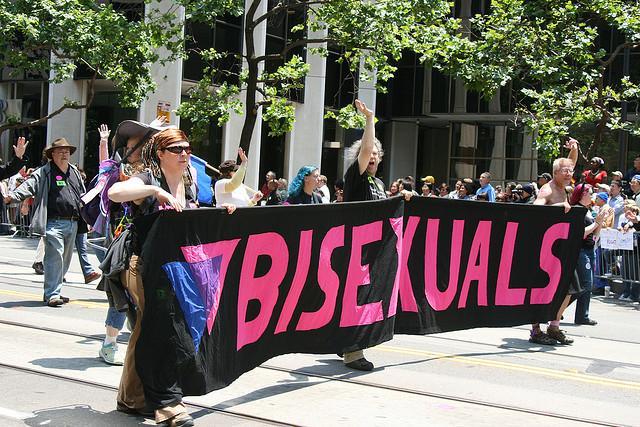 CC/Flickr/Caitlin Childs
A discussion of the bisexual community has been absent from public policy circles in the United States.

Today I am honored to be one of 11 Minnesotans representing the bisexual community in Washington, D.C., at a meeting with White House staff and federal government agency representatives. This administration has been very engaged with the LGBT community. President Barack Obama was the first president to ever say bisexual in the State of the Union speech. However, the bisexual community had not, prior to this meeting, developed public policy positions. Our preparation for this meeting changes that, and it marks a turning point for bisexual activism. 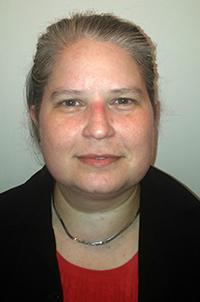 The bisexual community includes all people who are attracted to more than one gender, including people who may identify as pansexual, queer, sexually fluid, or who may choose to use no label at all. United by a common experience of discrimination from both heterosexual and gay/lesbian communities, members of the bisexual community are less likely to be open about their sexual orientation with coworkers, family or friends than gay or lesbian people. Bisexuals are often assumed to be heterosexual or gay based on the gender of their current partner, contributing to an ongoing burden of having to clarify their true sexual orientation or suffer being mislabeled.

A discussion of the bisexual community has been absent from public policy circles in the United States, with many people assuming the needs of the bisexual community are met through programming for the gay and lesbian communities. Current health and other research have shown this assumption to be false, along with the assumption that bisexuals are not in need of community, support or services at all.

In preparation for this meeting, I have contributed to discussions of the impact of existing public policy on our community. In these discussions, we were able to identify several specific areas of concern, as well as two needs that are essential to improving outcomes for my community.

Different communities too often lumped together

The most essential need we have identified is the need for more and better data in order to identify, measure, and monitor changes in the needs of our community. If all agencies and programs that collect data would separate out the sexual orientations of lesbian, gay, and bisexual when collecting demographic data, it would be a great step forward. We know these three communities, which are often lumped together, have different experiences and needs. It is time we measure them separately.

The second essential need in public policy, and really everywhere, is to be truly inclusive of bisexuals. Bisexuals must not be assumed to be represented by gays and lesbians. Discussions regarding the LGBT community should include representation from all four communities, policies must be written acknowledging and addressing the different needs of the communities, and the language used to discuss the LGBT community should never be reduced to terms which erase the bisexual community such as “gay marriage” and “the gay and transgender community.”

Based on the data we have, we know that being continually misidentified, feeling it is unsafe to be openly bisexual, and the burden of negative stereotypes all contribute to the challenges faced by the bisexual community. These challenges result in significantly worse mental and physical health outcomes compared to gays and lesbians, including higher rates of depression and increased incidence of heart disease; 46% of bisexual women being raped as compared to 15 percent of straight women; and a continued lack of services for the bisexual community.

For more than 50 years, the bisexual community has been a part of LGBT activism from the Stonewall riots and the birth of the Pride movement to current activism for marriage equality and the transgender community. At the same time, we have been creating our own institutions, including the Twin Cities based Bisexual Organizing Project (BOP). BOP’s mission is to build, serve, and advocate for an empowered bisexual, pansexual, fluid, queer, and unlabeled (bi+) community to promote social justice. One of BOP’s programs is the annual BECAUSE Conference. BECAUSE stands for Bisexual Empowerment Conference: A Uniting, Supportive Experience and it is the oldest and largest U.S. conference organized by, for, and about bisexuals and our allies.

Camille Holthaus is the chair of the Bisexual Organizing Project, a Minnesota nonprofit organization that primarily hosts in-person events in the greater Twin Cities metro area.