The appeals court ruling this week tossing the libel verdict in favor of Jesse Ventura was welcome, not least because it comes at a time when there appears to be increasing interest on the part of disgruntled celebrities to twist the law to get back at their media tormentors.

A three-judge panel of U.S. Eighth Circuit Court of Appeals on Monday unanimously overturned the more problematic portion of the former Minnesota governor’s jury award, $1.35 million for “unjust enrichment.” On a 2-1 vote, it rejected the $500,000 defamation reward as well and returned the case to district court. 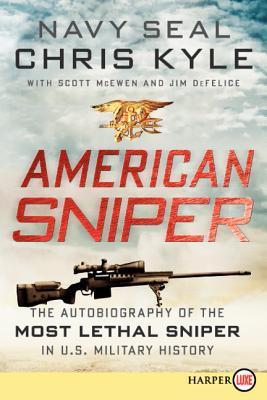 The case arose out of a tale in the bestselling memoirs of the late Chris Kyle, “American Sniper,” in which the former Navy SEAL claimed to have decked “Scruff Face,” a celebrity he later identified in interviews as Ventura, in a California bar after Ventura disparaged the Iraq War and said the SEALs “deserved to lose a few.” Ventura, himself a SEAL during Vietnam, contended the incident never happened, and testimony in the trial was mixed.

The appeals court held that Minnesota law required Ventura and Kyle to have had a “preexisting contractual or quasi-contractual relationship” for an unjust enrichment claim to stand. As for the defamation verdict, the court majority ruled that the jury had been tainted by the information that an award would be paid for not by Kyle’s widow but by the publisher’s insurance.

Whether Ventura will seek a retrial is unknown.

Article continues after advertisement
The ruling comes on the heels of another jury verdict in favor of a 1970s-80s era professional wrestler, Hulk Hogan, real name Terry Bollea. He won $140 million in an invasion of privacy suit against Gawker, a swarmy tabloid-style website that posted a video of Hogan having a sexual encounter with the wife of a friend.

Gawker has few friends in what is known, often derisively, as the mainstream media, and the tape in question would not have been published by any MSM outlet. But the crushing of Gawker, which has since filed for bankruptcy, is not a positive sign either.

The Hogan lawsuit was bankrolled by Peter Thiel, a Silicon Valley billionaire with an understandable personal grudge against Gawker, which outed him as gay some years ago.

But now the lawyer Theil paid to handle the Hogan suit is pursuing another case against Gawker, this one involving a story on the mysterious qualities of Donald Trump’s hair. Trump, of course, has blustered on occasion during the campaign about “opening up” libel law so that he can sue (and presumably bankrupt) news outlets that don’t toe his line. And Thiel is a pledged Trump delegate to this year’s Republican convention.

It is of minor importance to society whether Chris Kyle punched out Jesse Ventura, whether The Donald’s hair is real, whether Hulk Hogan cuckolds his friends. Having a media environment in which these things are discussable is important, because that’s how we have an environment in which a presidential candidate’s claims can be dissected and refuted.

Overturned Ventura verdict is good for us all