A statute quietly enacted during the waning days of the recent legislative session regarding the rights of parties living together outside of marriage may be a prime example of another law: the law of unintended consequences. 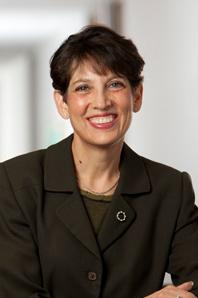 The measure, a modification of the state law concerning payment of spousal maintenance, often referred to as alimony, permits curtailment of post-divorce payments from one ex-spouse to the other if the recipient is in a live-in relationship, legally known as cohabitation.

The impetus for the provision came from divorced individuals, primarily but not exclusively men, their current spouses, and their advocates. They fret that the payments inequitably diminish their existing resources when the former spouses are in live-in relationships with others, who contribute to their expenses. The new measure also is aimed at discouraging an ex-spouse who is receiving maintenance payments while cohabiting with another from refraining to get married, which generally will cut off future payments. As a result, cohabitation is encouraged, proponents of the measure assert. Their position is somewhat supported by the growing numbers of individuals in living-together arrangements, many of them following divorces.

But the well-intended expectations of the proponents of the new law might become dashed on the rocks of reality as the new law is likely to produce more problems than it solves.

At first blush, the law seems to benefit divorced men, who are most often likely to be paying spousal maintenance to their ex-spouses. But the law will not necessarily inure to the benefit of all divorced men at the expense of women. Men living with women who are receiving spousal maintenance will be hurt by any potential reduction in their live-in companion’s income.

Spousal maintenance, or alimony, terminates when the recipient remarries, unless agreed otherwise by the divorcing parties, which hardly ever happens. Prior to the new measure, enacted in mid-May and effective Aug. 1 of this year, cohabitation did not trigger a potential modification of spousal maintenance. Under the new provision, however, spousal maintenance may be reduced, modified, suspended, reserved or terminated due to co-habitation upon request of the party obligated to make the payments.

Presented with such a demand, a judge must take into account a number of factors in deciding whether to eliminate or otherwise change the existing spousal maintenance at all. Since the decision is discretionary with a court and not automatic, there is likely to be a substantial increase in cases litigated in Minnesota, tying up preciously few judicial resources.

One consideration is whether the recipient of support would marry the cohabitant but for the spousal maintenance payments. Addressing this issue poses some potential difficulties for a judge. They include deciding if the parties should be required to furnish for review love letters, cards, e-mails, texts, diaries, and the like. Sharing this very personal, sometimes intimate information is contrary to the philosophy that has long been embedded in Minnesota’s no-fault divorce system that eschews this kind of intrusive inquiry.

A court also is to consider the “economic benefit” the recipient of support derives from the co-habitation relationship. Attorneys will need to present evidence regarding whether the expenses of the recipient of support are reduced. Attorneys for the paying parties will want to find out the income of the live-in paramours of the ex-spouses. But this undertaking creates uncertainty because another law already on the books prohibits judges from considering the financial circumstances of each party’s spouse in connection with a request to modify existing support obligations, and that law has not been changed. The pair of provisions raise questions whether the Legislature intended that the income of one party’s spouse is not relevant, but the income of a live-in companion is pertinent.

Many live-in lovers will all of a sudden find themselves the recipients of subpoenas or be compelled to supply their income to the lawyer for their lover’s ex-spouse. Their reluctance to share that information may strain their current cohabitation relationships or lead to their demise.

These related factors could lead cohabitants to claim that their relationship is unstable and unsatisfying, assertions that could undermine their arrangements and ultimately lead to separation, which would negate the ability of the ex-spouse paying maintenance to curtail the payments, contrary to the main objective of the statute.

These consequences, probably not foreseen by the legislators who enacted the measure or the governor who approved it, are likely to test live-in relationships and could make them rather touchy. For living-together couples, adjusting to these considerations may lead, in Shakespearean terms, to a summer of discontent.

Cathy Gorlin is a Twin Cities-based attorney practicing in the area of family law.