As a young doctor driving from Pennsylvania to my National Health Service Corps assignment in Montana, I stopped to get gas in Alexandria, Minnesota. Although I had never given much thought to Minnesota as a place to live, the iconic image of Wendell Anderson on the August 1973 cover of Time magazine proclaiming “The Good Life in Minnesota” prompted me to purchase a copy, which I still have today. 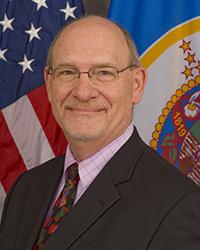 Gov. Anderson’s legacy and that cover story still remain relevant today. During the past six years, I have frequently referred to it in speeches and use it as an emblem of what we must do as Minnesotans to address our health challenges.

What stood out for the article’s author was “civility and fairness of the precinct caucuses … (along with) courtesy and fairness, honesty, a capacity for innovation, hard work, intellectual adventure and responsibility.” In support of that he mentioned there is “… a deep grain of sobriety and hard work, a near-worship for education and a high civil tradition in Minnesota life. Such qualities helped to produce the intelligent calm – and stolidity – that characterize the efficient Minnesota atmosphere.”

Community leaders quoted in the article focused on the ability of Minnesotans, despite a great variety of opinions and immigrant backgrounds, to engage in political activity and form coalitions that could further the people’s will.

It was this latter point that most impressed the author. “Part of Minnesota’s secret lies in people’s extraordinary civic interest. The business community’s social conscience, for example … is reflected in annual reports: most of them carry a section called ‘Social Concerns.’… Minnesotans tend to be participants in their communities, perhaps because for so long they were comparatively isolated and developed traditions of mutual reliance. Citizens’ lobbies are a real force.”

In the reception room after Gov. Mark Dayton’s 2015 State of the State Address, I had a chance to talk with Anderson about that 1973 article. I asked him, “What created the good life in Minnesota?” Without hesitation he responded, “The article accurately captured most of what we were doing. But two things stand out. First, we had a social conscience that led us to invest in the common good; things that benefit everyone, like education. Second, we cooperated. We didn’t always agree, but we cooperated and compromised. That’s an approach I wish was embraced today.”

Anderson helped make some wise public investments 40-plus years ago that are still paying dividends. I contend that Minnesota is a healthy state today mostly because of those investments. Anderson helped set a tone of “civility and fairness; intellectual adventure and responsibility; a lot of mutual trust; social conscience; and extraordinary civic interest” that helped build a foundation which created “The Good Life in Minnesota.”

For the sake of those generations who follow us, our challenge is to build on that foundation to create an Even Better Life in Minnesota. That will take a social conscience, a sense of the common good and a level of civic engagement that sometimes seems antiquated and in short supply these days.

My hope is that the spirit of Wendell Anderson resurrects those values and helps us cooperatively build a better Minnesota – one that assures a good life for every Minnesotan.

Dr. Ed Ehlinger is the Minnesota commissioner of health.

Remembering Gov. Anderson, and the foundation he helped build for Minnesota