The 50 percent to 67 percent increases in 2017 health-insurance-premium rates are causing great alarm about Minnesota’s individual health-insurance market. Equally disturbing, Blue Cross is dropping 100,000 policies, and we face severe limitation of choices in many parts of the state next year. Clearly, this market is in deep crisis. 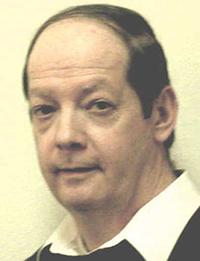 Ideas to tweak the market — such as new state subsidies to the insurance companies to help cover losses — will not work. The individual market is fundamentally broken, and cannot be repaired to function in any reasonable way. Our Legislature needs to look at the overall picture to see what is wrong, and to find workable solutions.

Health-insurance companies always want to segment their markets into similar-risk groups, to generate predictability and especially to maximize profits. This central goal of their business model, however, conflicts with society’s need to create policies with the best coverage at the fairest premiums for everyone.

The insurance companies’ business model worked very well – for them — prior to the Affordable Care Act, when they were free to pick the “cherries” and avoid or drop the “lemons.” They could refuse to cover people with the greatest health-care needs, leaving them to taxpayer-funded government programs. The basic concept of insurance, to pool the most people together to share risk, was perverted to increase private corporate profit — including to so-called “nonprofit” health plans — and cruelly deny coverage to those who needed it the most.

Now that the insurance companies aren’t allowed to do that anymore, their growing problems with the individual policies prove that it is fundamentally unworkable to put people in these limited, segregated groups. Markets in general produce “winners” and “losers.” The crisis facing Minnesota is a clear manifestation. Those unfortunate enough to be unhealthy are in the “loser” category and must pay dearly – or suffer without needed health care.

A key part of the Affordable Care Act, the infamous individual mandate, was supposed to prevent this market “death spiral.” It uses the threat of tax penalties to encourage the younger and healthier, who think they can go without insurance, to think again. Obviously, this disincentive hasn’t worked. That’s because people can do basic math.

Even for those who qualify for tax subsidies to reduce their premiums, they might ask: “Why bother?” when they can only afford high-deductible policies. For example, if you’re faced with paying $5,000 a year in premiums plus the first $5,000 in expenses before the policy kicks in a dime, you might easily choose to do without a policy at all, pay a $1,000 fine, and come out ahead on the first $9,000 of medical bills.

It would be a different story if the penalties were many times higher and approached the cost of insurance premiums – but also a politically unfeasible one. That would force people to buy policies at economic gunpoint.

What to do? Instead of limited, segregated pools, we need people in fewer and larger pools. The state has options to combine pools, even with its own employee insurance pool. The ultimate version, for both economic efficiency and fairness, is to have everyone together in one big pool. It could be managed with just one admnistrative entity. That would vastly reduce both the overhead expense of health coverage, and the administrative expense for hospitals and clinics.

The big Health Plans’ reports of large losses on part of their business drive the demand for higher rates. However, we need to view their overall financial picture. Minnesota’s big plans are Blue Cross Blue Shield, HealthPartners, Medica, and UCare. Their subsidiaries and affiliates make them much more profitable than they would like you to think. Despite promises to the contrary, they can easily mix funds between their components, since there is no effective policing to prevent that. A Minnesota Department of Commerce document shows that Blue Cross Blue Shield of MN off-loaded, in 2011 to 2013, $240 million of profits to its holding company, Aware Integrated, in the form of “dividends.”

The health plans’ lucrative, for-profit Third Party Administrator and Pharmacy Benefit Manager divisions have no public financial reports. Meanwhile, the health plans’ overall profits heavily depend on the overpayments they get from the state’s low-income health care programs. For 2015, 100 percent of the overall reported profits for Blue Cross, Medica and UCare came from their state program profits. For HealthPartners, which also owns hospitals and clinics, it’s 68.7 percent. In short, government programs are propping up the health plans’ broken business model. That’s one more red flag that this model isn’t sustainable.

Buddy Robinson is co-coordinator of the Greater Minnesota Health Care Coalition and staff director of the Minnesota Citizens Federation NE.