The nation is nearing the end of a political season so contentious that the very notion of American democracy seems to be in peril. The presidential campaign, among other divisive local and national races, has shone a light on exactly how deep fissures run within communities and between political and social groups. 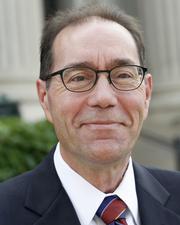 Across the country, people are asking where we go from here and how we can move beyond deadlock and discord. Liberal arts education, one of our great national resources, is essential on our path forward. The manner in which a society is educated will determine its ability to sustain a social contract, resolve conflict, and participate in its own governance. To ensure a thriving American democracy, we must ensure a thriving liberal arts.

Today’s deep political divides exhibit an inability to have a fruitful interchange of ideas, an unwillingness to consider competing views respectfully, and a sense that it is not even worth listening to the other side lest one be shamed by one’s like-minded partisans.

As a political scientist by training I see disagreement, debate and discussion as essential aspects of a healthy democracy. Conflict should not frighten us. But there is no doubt that conflict and the way conflict is expressed can spin out of control and lead citizens to become deeply disillusioned with politics and their political system. Even among my fellow political scientists, I hear a level of lament that is unusual, and this is from those both on the political left and right.

Empathy is a value, but it is also a skill. And it is not a nice-to-have skill, but a vital element in a healthy democracy. Effective and respectful conversation between people with different views is not possible if people are not willing to look at the world through another person’s eyes.

And that is exactly what the liberal arts promote. We investigate history to understand people of the past. We get into the minds of characters in a play or novel. We study the motivations and perspectives of voters, those facing economic or psychological challenges, and people with different political or religious worldviews. And when all other lines of communication seem frozen in division, we create art that speaks to our common humanity, and brings people together in conversation.

The inherently interdisciplinary nature of the best liberal arts education challenges students to discern rigorously and think critically through a wide variety of fields, research and methods of inquiry. A genuine openness to, and fair consideration of, diverse points of view — including among those of us doing the teaching and research — is essential.

The road to trust and community

Once you have established healthy dialogue — or at least reached the point where you can agree to disagree — you have started to build trust, and ultimately community. And here too, the liberal arts play a vital role.

Politics is not easy — nor should it be. Much is at stake. Vigorous and forceful argument and counterargument capture our attention. They energize us and stir us to participate. We should not pine for dull and boring politics.

But we must be open to different perspectives. The liberal arts teach us to act toward others with humility and respect because we recognize there are multiple ways to look at the world.

Placing value on empathy and community allows individuals and groups to engage in productive debate while maintaining a commitment to societal well-being. At this time of national and global uncertainty, the liberal arts can provide a steady foundation for democracy.

John Coleman is the dean of the College of Liberal Arts at the University of Minnesota and professor of political science. He studies political parties, campaign finance, and elections.

Concerned about American democracy? Focus on the liberal arts