The French term “non-refoulement” stands for a deeply moral principle of international human-rights law that no refugee should ever be forced to return to a land where he or she risks persecution. The concept has been adopted in a somewhat diluted form into U.S. immigration law whereby the federal government provides refugee or asylum protection to individuals who fear persecution on account of race, religion, nationality, political opinion, or membership in a particular social group, but excludes from protection anyone who has been convicted of a wide range of criminal offenses. 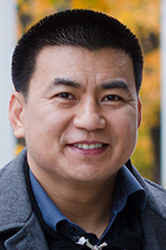 This is precisely the dilemma for the “Minnesota 8,” a group of men of ethnic Khmer descent who were resettled in Minnesota as refugee children in the 1980s after their families escaped the “killing fields” of Cambodia under the Khmer Rouge dictatorship. Ironically, the majority of these men, who are facing banishment to Cambodia, were born in refugee camps in Thailand and have never even set foot in Cambodia. Each of these individuals entered the United States as refugee children and attained lawful permanent resident status. Their lack of official U.S. citizenship left them vulnerable to deportation based on their criminal record, notwithstanding the fact that they have served their sentences. 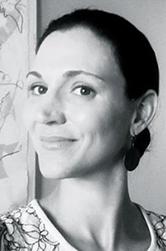 The families of the Minnesota 8, alongside a multiracial coalition of community members and advocates, have united in total opposition to the deportation of their loved ones and are demanding deeper scrutiny of the social and geopolitical circumstances surrounding the planned deportations. These events have given many Minnesotans pause to consider the human-rights dimension of U.S. immigration policy vis-à-vis the Cambodian-American community, and for that matter, the other resettled refugee communities of Southeast Asia.

The United States has not always deported Khmer refugees. In fact, the U.S. abided without fail to its non-refoulement duty for several decades, until the signing of a treaty in 2002 marked a cautious shift in policy between the two countries. The Cambodian government agreed, under heavy-handed pressure from the U.S. State Department, to accept a discrete number of deportees each year.

Families of the Minnesota 8 have called on elected officials in Minnesota, from Gov. Mark Dayton to U.S. Sens. Amy Klobuchar and Al Franken, to intervene in these cases and use all available means to prevent the deportation of Minnesotans who have strong familial ties to this state (including U.S. citizen wives and children) and have contributed in meaningful ways to the local economy and culture.

Deena Parseth describes the devastation that she and her son would feel if her husband, Chan, were deported to Cambodia. She indicates that his criminal past “does not define him now … he is a changed man, who is a friendly, caring and loving husband.” She goes on to plead with the immigration authorities, revealing an excruciating desperation that she shares in common with the other seven families: “Please don’t let his past mistakes strip him away from his family. We’d be lost without him. Please do not put me through more trauma. I cannot bare to lose another loved one.”

This prompts the question: What is the public good in deporting someone like Chan, who now dedicates himself to his family and to his community? Chan is a valuable and valued member of the Minnesota Cambodian Buddhist Society in East Hampton, Minnesota, where he worked alongside countless others to lay the stones that form the “Watt Munisotaram,” the largest Buddhist temple in all of North America.

Something is terribly wrong with a system that deports individuals who arrived here as refugee infants and toddlers (one arrived to the U.S. as a 3-month-old). At least one elected official, U.S. Rep. Keith Ellison of the 5th Congressional District, has risen to the call for action, agreeing to contact Immigration and Customs Enforcement and request time to allow detainees to pursue postconviction processes, such as resentencing of the conviction or an application for a pardon or commutation.

Given that laws and policies ostensibly reflect the morals and standards of a governed society, we call on our other state leaders to say emphatically that policies targeting vulnerable immigrant communities and tearing families apart do not reflect Minnesota’s values.

Vichet Chhuon, Ph.D., is associate professor of culture and teaching and Asian American Studies at the University of Minnesota. Danielle Robinson Briand is a Minneapolis attorney and founding attorney at the Center for Immigrant Justice.

The ‘Minnesota 8’: Defending their right of no return