I remember hearing about Jeremiah, a first-grade student in Minneapolis Public Schools, from another teacher. He had refused to do his work for the 10th time that day and yelled inappropriate language at his teacher. As a result, Jeremiah was suspended. After talking to him, my colleague realized that the student wasn’t surprised. He had made the connection that if he was struggling or frustrated, he wouldn’t be welcome in the classroom. 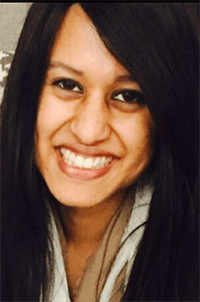 While this may seem like a small, isolated incident, too many students of color in our classrooms are receiving a problematic message: This space is not for you. In St. Paul Public Schools and Minneapolis Public Schools (MPS) combined, black students make up 33 percent of the student population but account for 74 percent of total disciplinary actions. These disparities are inexcusable, and it’s time that we begin changing our mindset around discipline to let students know they are valuable members of our school community.

Most suspensions do not involve violence

Sending students out of the classroom is also counterproductive. When a student acts out, all too often it is because he or she is struggling with the material in class or issues the student is facing outside of school. Sending them away neither helps students understand the material better nor learn to channel their emotions productively. It’s not surprising, then, that 50 percent of students who get suspended are more likely to receive additional suspensions. With fewer hours in the classroom and no focus on helping students learn to deal constructively with their emotions, it is no wonder that small behavioral issues can spiral out of control, sending students down a bad path.

There are alternatives to suspension that have been shown to be more effective at addressing student behavior, keeping students in the classroom, and improving classroom and school climate. In some Minneapolis Public Schools, restorative practices are being used to achieve this. Latrell (a pseudonym) is a current kindergartner in MPS. He has a history of using inappropriate language and has trouble dealing with frustration. Rather than kicking him out of the classroom, his teachers used restorative practices so that Latrell began to understand how his actions hurt others and worked on repairing harm. His teachers also worked to give him tools to understand and begin to regulate his own emotions. At just 6 years old, Latrell could have been one out of the 45,964 students labeled as “disruptive” and barred from the class and that day’s learning time. Instead, he was given a chance to succeed and avoided being labeled at a young age. He has learned strategies to cope with his frustration, rather than being sent out of the classroom with no action plan.

The good news is that there is a bill in the Minnesota Legislature that could put students all across our state — not just those in Minneapolis — on a better path. The Student Inclusion and Engagement Act would keep students in the classroom by increasing the use of alternatives to suspensions, limiting exclusionary practices, and improving training, support and data systems. In times when people are being told that they are not welcome to our country, as educators we need to make sure we are sending the opposite message to students in the classroom. Legislators should consider an inclusive approach that invests in alternatives, and ensures suspensions are a last resort.