The gun lobby is using the Minnesota Legislature as a playground for gun extremism. Three bills have been introduced into both chambers that elevate gun industry interests above the common good and pose a lethal threat to public safety. 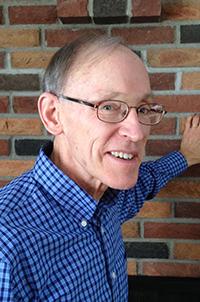 As background, in Minnesota 40 percent of guns are purchased without criminal background checks, due to a federal law loophole that exempts private sales. To legally carry a gun in public, however, requires a permit, which does include background checks.

A 2016 statewide poll showed that 82 percent — including 74 percent of gun owners — support mandatory criminal background checks as a means of helping keep firearms out of the hands of dangerous people. We want the protection that’s resulted in over 4,000 denied carry permits, due to failed background checks, since 2005.

Yet two “Permitless Carry” bills have been introduced that would allow these 4,000 people — and anyone else — to carry guns in public, no questions asked. (The bills’ exemption of legally “prohibited” users from permitless carry is window-dressing, since the private seller loophole makes detection impossible.) Besides annual background checks, these bills bypass other permit requirements, including minimum age (21) verification, safety training certification, permanent U.S. residency and approval by local police as not a threat to the community.

The Bahr/Utke Permitless Carry bill (House File 0309/Senate File 0650) is essentially a Permitless Anything bill, enabling anyone to buy, own, carry (concealed or open; loaded or unloaded) or transfer any type of gun without a permit — including pistols, shotguns, rifles and assault rifles — as well as other “self-defense devices” now prohibited or regulated by state law, including tasers, switchblades, pepper spray, mace, and metal knuckles.

The Nash/Utke Permitless Carry bill (HF 0188/SF 0649) also nixes gun-free zones, including schools, churches, hospitals — even the State Fair. The bill does, however, allow for specific areas to be designated gun-free zones — wait for it: gun shops, gun shows, shooting ranges and hunting areas. This is consistent with the NRA frequently holding its annual conference in gun-free zones. Apparently, when their own lives are on the line, the gun lobby isn’t convinced of its tortured-logic arguments about needing “good guys with guns” to stop “bad guys with guns.”

Minnesotans have also been protected by traditional self-defense laws that expect a person to remove him/herself from perceived danger, if possible, rather than opening fire. But another gun lobby bill would remove that protection as well, allowing people to shoot whenever feeling threatened, confident they’re presumed innocent.

The Nash/Ruud Stand Your Ground bill (HF 0238/SF 0292) is a “shoot first, ask questions later” bill, revoking the duty to retreat and setting a subjective standard for what constitutes a threat. A person could shoot anyone other than peace officers simply because they feel afraid, even if the person posed no actual threat. It represents a grave threat to people who may be feared due to prejudice, particularly people of color and immigrants.

A study of states with Stand Your Ground laws showed no evidence of crime deterrence, while homicides increased 8 percent (2012, National Bureau of Economic Research). In Florida, the first state to enact such legislation in 2005, Stand Your Ground is associated with a 32 percent increase in firearm-related homicide (Journal of the American Medical Association, Jan. 2017). Researchers found that “after the law took effect, there was an abrupt and sustained increase” in homicides.

Why does Minnesota need these laws? Besides its “good guys” vs. “bad guys” mantra — in spite of repeated studies showing that guns provide no advantage in self-defense (Preventive Medicine, Oct. 2015) — the gun lobby argues that the right to arms is constitutionally sacrosanct; no restrictions are permitted. They point to the 2008 Supreme Court ruling in the Heller case, which — in a dramatic reversal after 70 years — interpreted the Second Amendment as allowing individuals to keep handguns in their homes.

What they don’t mention are the limitations the ruling articulated. Writing for the majority, Justice Scalia said, “Like most rights, the right secured by the Second Amendment is not unlimited … .” It is “… not a right to keep and carry any weapon whatsoever in any manner whatsoever and for whatever purpose.” The decision acknowledged government’s role in establishing prohibitions regarding: firearm ownership, places guns may be carried (e.g. “sensitive places such as schools and government buildings”) and “dangerous and unusual weapons.”

These bills are out of step and out of tune with the public, which polls show supports the Second Amendment but opposes the gun lobby agenda that escalates gun violence. Let your representatives and the House Public Safety and Senate Judiciary committee members know that Minnesotans’ safety comes before gun industry profits.

Gun lobby bills are an assault on public safety