Immigration has made a major contribution to U.S. growth for our entire history. It has not only increased the size of our population, but also added materially to our national income (GDP), among countless other benefits.

Rather than reducing legal immigrants, such as is proposed by Sen. Tom Cotton, R-Arkansas, we believe that the United States should add more immigrants above current levels to increase U.S. economic growth. We believe a well-crafted program that facilitates immigration of persons who would take jobs at prevailing wage rates that cannot be sourced from the current U.S. workforce would strengthen our economy, without causing measurable negative effects to native-born workers. This could be done through economic incentives to employers that favor U.S. citizens and other current legal residents while offering an attractive career-oriented residency to potential foreign-born talent.

On average, approximately 1 million immigrants have come to the United States each year for the past 25 years. They add directly to our GDP through work. Our foreign-born population is younger and more likely to be working than native-born Americans. They help rebalance what would otherwise be a quickly aging population that would have difficulty supporting Social Security and other older-age entitlements. The foreign born also play an important role in several sectors of the economy.

In January, the nonpartisan CBO projected that economic growth for the next 10 years would be about 2 percent per year. These modest projections assumed that immigration would continue at the rate of approximately 1 million persons per year and that there would be no mass out-migration (or deportation) of our foreign-born population. Without a continued influx of immigrants, the projected rate of GDP growth would be less than 2 percent. We believe the CBO projection would be reduced by 0.3 percent and possibly up to 0.5 percent per year if the 1 million annual immigrant number were reduced to zero.

We wrote in MinnPost last December (“U.S. economic growth: 3 reasons Trump’s claims are very difficult to achieve”) that weakness in workforce growth is an important factor undermining the Trump administration’s goal to achieve sustained economic growth of 3-4 percent per year. Even with 1 million new immigrants per year, there would be a labor shortfall in growth, and economic expansion (according to the CBO) would be less than two-thirds of what Trump promises.

As recently reported by Ibrahim Hirsi for MinnPost, the potential labor shortfall in Minnesota could be even more dire. He referenced a January 2017 University of Minnesota study that concluded Minnesota’s population would actually be shrinking were it not for new immigrants (“Why strict limits on immigration could seriously damage Minnesota’s economy”).

According to the Census Bureau, the current U.S. population is estimated to be 325 million persons. The Pew Research Center has concluded that our population includes 32 million lawful foreign-born persons (naturalized citizens or with valid visas) as well as an estimated 11 million unauthorized immigrants. As a result, about 13 percent of the U.S. population is foreign-born. In Minnesota, that number is about 8 percent (up from 2 percent in 1980) as reported by the Star Tribune on Jan. 29, 2017.

The BLS has estimated that, as of February 2017, approximately 152.5 million persons are working in U.S. civilian occupations, and about 7.5 million more are unemployed but looking for work. This total workforce of 160 million includes about 27 million foreign-born persons, or 17 percent. Of this group, the Pew Research Center estimates approximately 8 million are unauthorized immigrants (5 percent of the U.S. workforce). 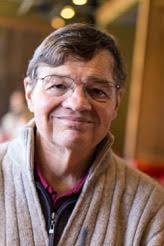 Fifteen months ago, the BLS projected annual workforce growth from 2014-24 of about 0.5 percent, or roughly 800,000 workers. The CBO projects the same through 2027. This is a very significant drop from average growth of 1.2 percent per year that applied during the 1994-2004 decade. The new projections were based on analysis of our existing population, anticipated immigration and projected labor participation rates (which are declining). If, instead, immigration were frozen and no net new immigrants entered the workforce, we estimate the projections would have been less than 300,000 workers added per year.

Immigration is the only way to add significant numbers to our workforce unless a large number of native-born Americans who are neither working nor looking for work decide to join the workforce. Theoretically, there are millions of such persons of working age. The question, however, is how many members of this group are willing and able to join the workforce under current wage rates. Are there as many as 500,000 per year who would fill a gap of missing immigrant workers — just to keep GDP growing at the low level of 2 percent per year? 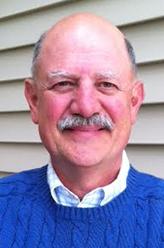 Considering that many native-born persons of working age are in school, retired, disabled, unwell, too drug impaired to qualify for employment, handicapped by a prior felony conviction, inappropriately trained, providing child care, unable to afford relocation or unwilling to take jobs that immigrants fill at current wage levels — it is possible that the real number of such persons is much less than the roughly 5 million workers needed to meet projections through 2027. We have not, however, been able to find sufficient data to come up with this number, but note that the amount of labor slack in the economy is frequently identified as an uncertainty by forecasters. Those that maintain the 4.7 percent unemployment rate (as of February 2017) represents full employment, of which there are many, are implying that only minimal native-born persons are available to join the workforce.

Additionally, it should be noted that foreign-born workers are disproportionately represented in certain business and geographic sectors. Among these are agriculture, construction, personal services and leisure/recreation. Any such sectors would be particularly hard hit if new or current foreign-born workers were reduced. In Minnesota, one wonders what might happen to farms, meatpacking plants, construction, restaurants or health care facilities if there were no new immigrant workers or if many unauthorized immigrants were deported.

Foreign-born persons are more likely than native-born persons to be participants in the U.S. workforce, given the chance. We indicated last December that native-born American men in the prime working age group of 25-54 are participating in the workforce much less than they did 65 years ago — down from 94 percent to about 85 percent in 2016. (For women in this age group, participation increased from about 32 percent in 1948 to about 70 percent in 2016.) (See Nicholas Eberstadt’s book “Men Without Work” (2016).) Eberstadt has indicated the participation rate for immigrant men in this age group is about 93 percent, although this is somewhat offset by the lower participation of immigrant women as compared with the native born.

The BLS has reported labor participation rates as of February 2017 for persons over 16 as follows: native born 62 percent and foreign born 66 percent. The proportion of foreign-born persons in the U.S. workforce exceeds their share of the U.S. population (17 percent compared with 13 percent). This is partially due to the somewhat younger median age of the foreign born. In any event, the foreign born are clearly pulling their share of the workload in the United States.

There is increasing evidence that nationally the U.S. workforce is actually approaching “full employment” and has no significant excess labor available at current wage rates, particularly for the well trained or better educated. The Federal Reserve in fact recently raised its benchmark interest rate because it observed a strengthening U.S. economy with reduced unemployment, rising wages and some labor shortages.

The Wall Street Journal reported on Feb. 2: “As the labor market tightens, small businesses are having a harder time finding qualified workers.” There have been many articles recently about shortages of technology workers. In Minnesota, the Fairview Health System has also recently indicated it has 950 job vacancies. Clearly, there is a mismatch between available workers and available jobs. The Conference Board, moreover, projected last year that the U.S. economy faces 15 years of worker shortages.

A rational program to address the problem of persistent underemployment in certain regions and unfilled jobs would address the constraints currently inhibiting U.S. workers from joining the workforce. This would include, of course: training targeted to anticipated employer needs; projects that bring jobs to regions of higher unemployment; and policies to keep businesses in the United States. Rising wage rates and a sensible health insurance system that does not penalize people for taking work would also be particularly useful. Such a rational program should help reduce the number of native-born persons who are currently out of the workforce.

But whether or not more native-born Americans can be brought into the workforce, we believe there will still be a shortage of workers. This is particularly true if GDP growth of 2 percent or higher is to be realized. If that weakness is not addressed through a sensible immigration program, U.S. economic growth will suffer.

We think such an immigration program should be in addition to current legal programs, thereby adding up to an additional 1 million persons per year to the workforce during periods of economic expansion and thus raising the CBO-projected GDP growth rate by 25 percent (to 2.5 percent per year).

What it would entail

Our supplemental program includes: 1) work visas that are directly tied to jobs that cannot otherwise be filled; 2) requirements that such immigrants be paid at prevailing wage rates (to block the hiring of immigrants who accept pay less than that provided to current workers in the same jobs); and 3) a limitation on the time period of such work visas, coupled with extensions based on employment continuity. Due to contemplated employer fees and employment taxes, the economic incentive would be for employers to hire in job categories where low unemployment rates are impeding economic growth (including those college-educated positions where unemployment is currently about 2.4 percent). We are developing details of this proposed supplemental program, which we hope to present in several weeks.

A sensible immigration program would also include a mechanism to legalize the status of many of the 8 million unauthorized immigrants (and their families) who are currently working and contributing to our country.

We suggest that an increased inflow of legal immigrants pursuant to a well-crafted program is essential for U.S. economic growth in excess of 2 percent per year over the long run. That is preferable to significantly reducing the size of the existing foreign-born workforce or the number of legal immigrants that were anticipated until the Trump administration took control. If the CBO “scored” Sen. Cotton’s proposal to cut immigration significantly, we believe GDP growth projections would decline markedly. Over the long term, this would negatively impact the U.S. economy. That would not benefit anyone!

Immigrants are essential for U.S. economic growth — and we need more of them