There is a battle under way for our democracy. The choice that lies in front of us: Will we be a country that guarantees every eligible citizen the right to vote and participate? Or will we allow states and politicians to twist voting rules and ignore constitutional rights in order to limit access to democracy? 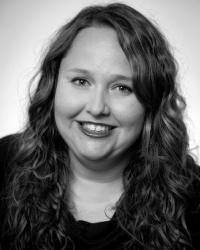 That is the choice in front of us, and it is not an abstract choice.

Minnesota continues to be a model for inclusive voting rights and democratic participation. In 2016, we again led the nation in voter turnout with 74 percent of eligible voters casting a ballot. Minnesota enacted same-day registration more than 42 years ago, and in the years since we have expanded access through online voter registration and no-excuse absentee voting. In 2012, Minnesotans defeated efforts to put discriminatory voter ID laws into the state Constitution.

The ‘civil rights issue of this era’

However, across the country, there is a coordinated effort to restrict participation in our democracy. As Washington Post rightly pointed out in an editorial last week, voter suppression is the “civil rights issue of this era.” According to the Post, this “pernicious crusade to roll back voting rights” affects disproportionately voters of color.

This did not start with President Donald Trump, but he has certainly emboldened voter-suppression advocates by peddling the self-serving and widely rebuked lie that he lost the popular vote only because more than 3 million illegal votes went to Hillary Clinton.

Trump’s false assertions have triggered new efforts to restrict participation and distort the rules to serve his political purposes. Earlier this year, Trump created his “Presidential Advisory Commision on Election Integrity” to tackle the nonexistent, paranoic issue of “voter fraud.”

This week, Rep. Keith Ellison hosted a community forum in Minneapolis to discuss voter suppression and Trump’s new commission. I joined Ellison on the panel to discuss the current state of our democracy and what we can do here in Minnesota and nationally to protect the right to vote.

The first thing to understand is that Trump’s sham commission puts the voting rights of millions of Americans at risk. Trump’s commission is headed up by Vice President Mike Pence and vice-chaired by the king of voter suppression himself — Kris Kobach — a known promoter of voting restrictions and an anti-immigrant crusader. What threat does this new commission pose to our voting rights? Here’s a summary of what they’ve been up to — and they have met just once.

First up, Kobach created the notoriously unreliable “Interstate Crosscheck” in order to purge registered voters from the voter rolls. States like Florida and Oregon pulled out of the program because of faulty data. The commission is now trying to collect voter data for every American voter to run through Crosscheck and federal immigration databases. Toward this end, the commission has already asked states to turn over the personal information and voting history of every voter in the United States.

Another expected outcome is federal legislation that will restrict the right to vote for eligible Americans. Kobach is the primary advocate for state laws requiring eligible voters to provide documentary proof-of-citizenship — like a birth certificate or passport — just to register to vote.

These laws are currently blocked by the National Voting Rights Act, but with the help of this commission, Kobach would like to change that federal law.

It’s just as telling what the commission is not doing. It is not investigating the increase in state voter restrictions – like photo ID and voter registration restrictions – that are targeting voters of color and young voters, making it harder for eligible citizens to cast a ballot that is counted. It is also not focusing on the issue of our aging election technology and the alarming threat of hacking exposed by Russian interference in the 2016.

Secretaries of state pushing back

However, officials across the country are starting to push back, and secretaries of state from across the political spectrum, including our own Secretary Steve Simon, have refused to cooperate or turn over voter information.

Across the country, in community rooms much like the one I was in this week, people are also getting educated on what’s happening and discussing how to push for inclusive democratic infrastructure that ensures everyone can participate. For instance, in Florida, people are working to restore the right to vote for 1.5 million citizens convicted of a felony offense who have served their time and have earned the opportunity to participate in our democracy.

In Arizona and Nevada, citizens are advancing automatic voter registration to remove voter registration barriers, increase security, and modernize the registration system. And this year more than a hundred bills have been introduced in states across the country to improve access and participation in elections.

Minnesota has shown that our democracy works best when more people participate. We can lead the way by adopting automatic voter registration to remove remaining barriers to voter registration, and we should finally restore the right to vote for the 50,000 formerly incarcerated citizens who are working and living in our communities but unable to vote.

In this fight, no one should sit on the sidelines. Nothing less than the future of American democracy is at stake.

By Emma Greenman is director of voting rights & democracy at the Center for Popular Democracy.

Voting rights: the fight for our democracy