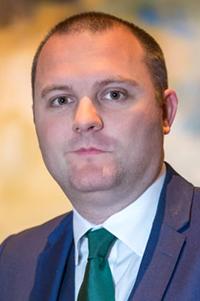 There is a persistent notion among supporters of minimum wage hikes that they represent a “free lunch.” They argue that big businesses, awash with cash, are paying their workers less than a “living wage.” So, all a minimum wage hike will do, they say, is switch money from rich capitalists who already have enough to poor workers who don’t. And who doesn’t like that?

The trouble is that this picture is complete and utter fantasy, as the new report from the Citizens League shows. And fantasy is no basis for sound public policy.

The Citizens League found that, in fact, most of St. Paul’s large employers such as Allina Health, Ecolab, HealthPartners, and Securian already pay the majority of their workers at least $15 per hour. Two other large employers, U.S. Bank and Wells Fargo, have recently announced that they will soon be raising their minimum wage to $15 for all employees.

The employers who would be impacted by a $15 minimum wage are nonprofits and franchise and small businesses.

The Citizens League interviewed some of these people for its report. It found that nonprofits that employ disabled people at a special wage that is at or below the statewide minimum are worried that they would not be able to cover their increased costs. They said layoffs would disrupt their staff-to-client ratios and lose them clients. Some franchise and small business owners, such as bookstores, said that their prices were set by publishers and national brands. As a result, they cannot raise prices to cover increased labor costs. One small family-run restaurant worried that without an exemption for young people, it would no longer being able to afford to pay summer youth workers. Some immigrant owned businesses insisted that they did not want a $15 minimum wage increase because they cannot financially support the increase in labor cost.

You often here it said that if these businesses can’t afford to pay their staff a “living wage” then they  shouldn’t be in business. But “they” isn’t the rich boss of U.S. Bank or Wells Fargo. It is, as the Citizens League report shows, the independent bookseller whose margins are being squeezed by Amazon, the immigrant store owner competing with Target and Walmart, or the nonprofit trying to give a disabled worker a break.

It is easy for a city mayor to wave a pen and decree that these people will have to pay this or that from now on. But it is these struggling small-business people who have to do the really hard of work of trying to deliver on the politician’s promise. Let us not kid ourselves otherwise.