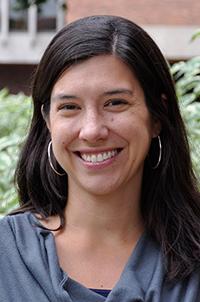 Two proposed multimillion-dollar law enforcement training centers are competing for funding at the Legislature. One of these facilities, the $13.2 million Dakota County Safety and Mental Health Alternative Response Training (SMART) Center, would be dedicated to crisis intervention training.

We applaud any and all efforts to properly fund law enforcement and improve officer training. However, this approach doesn’t address the real problem.

For the last six months, we have partnered with the Minnetonka Police Department to develop an innovative police crisis training to meet the new POST Board approved learning objectives in conflict management, mental health crisis response, and community diversity. To do this, we reviewed protocols of all current crisis training and conducted extensive reviews of all studies on evidence-based de-escalation strategies. We went on ride-alongs with patrol officers and sergeants, and interviewed several local police chiefs. We interviewed individuals who have experienced mental health crises and their family members. We also reviewed all crisis call data and police reports in Minnetonka over a one-year period.

We read the headlines when police fail at de-escalation and use excessive force. But our research found that on balance the police were already quite good at de-escalation and practiced it on a daily basis. The real problem was not the police, but the position the police found themselves in. After police de-escalate a crisis, they typically have three choices – arrest, hospitalize, or walk away. In the crisis call records we examined, police made an arrest in only 1 percent of cases, hospitalized in 39 percent of cases, and walked away the majority of the time.

What happens to those who are hospitalized? After conducting interviews at a local psychiatric intake emergency unit, we discovered that over 80 percent of individuals were never admitted. Instead, they were turned back around into the community because they did not present a threat to self or others, thus didn’t meet criteria for an emergency hold. Police send people to the hospital largely because they don’t want to be held liable should something bad happen once they leave the scene. But most of the time, individuals that police send to the hospital are back home within hours, with a hefty ambulance bill for their troubles.

We also found that 60 percent of addresses that had one crisis call had another crisis call that same year. Several group homes in the area, designed specifically to provide mental health treatment, were calling the police on a daily basis. Police were being asked to Band-Aid a broken mental health system.

True crisis intervention training needs to be embedded in communities that agencies are working in, building connections to local partners, so that police have more than three options when they arrive on the scene. Referral is the key. Cops do this already – by referring domestic violence victims toward shelters and support services. This needs expanding so that people with serious mental illness have a number to call other than 911 when they’re next in crisis — or, ideally, to ensure that they don’t reach crisis point altogether. We interviewed community-based advocacy groups, psychiatric intake units, mobile crisis teams, Assertive Community Treatment (ACT) teams, and outpatient clinics – who were all excited about the prospect of having stronger police partnerships.

Just last week we piloted this new one-day training, in-house, to over 70 officers and staff at our partner agency — collecting pre-data, post-data, and follow-up data. The data revealed the majority of officers were confident in their de-escalation skills prior to the training, but felt the most difficult part of a crisis call was knowing where to direct people for resources. Our training significantly increased officer knowledge about treatment and resources, which in turn significantly increased positive feelings toward individuals with mental illness. One hundred percent of officers reported an improvement in their understanding of their options in the community.

Why did it work?

The training focused on behavioral cues, not specific diagnostic criteria (police don’t need to diagnose) and in developing custom solutions for the agency that helped “bridge the gap” between law enforcement and long-term treatment. For example, we created business cards with local mental health resources for officers to hand out during or after a crisis.

The training was also delivered by experts in mental illness, not police officers, better equipped to debunk the myth that mental illness and violent crime are equated, embrace the complexity of the problem by exploring how trauma, substance use, poverty, culture, and life experience all impact a crisis, and examine innovative solutions such as embedded clinical social workers within police agencies and community aftercare.

Police are under-resourced – there are better ways to spend $13 million dollars than on bricks and mortar. For a start, fund mobile crisis teams to make them more effective and establish more free 24/7 mental health centers for triage and treatment. We don’t need expensive training centers that check a box. We need to give law enforcement resources to understand where the gaps are, examine their data and resources, and be thoughtful about implementing long-term, meaningful change.

The Minnetonka Police Department should be commended for taking a risk and letting researchers in to try something new – they may have developed a model that will truly make a difference.

Police crisis intervention training: We need a new paradigm, not a new building

By Jillian Peterson and James Densley