This may seem off-topic when it comes to education, but stay with me, people. 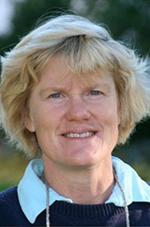 Way back in 1980s, when I was working as reporter for the Detroit Free Press, a colleague of mine did a story on integrated bars.

At the time, Detroit was about 70 percent black and 30 percent white and like a lot of cities, it was pretty segregated. So there were black bars, white bars and a handful of hybrids where both white and black people gathered.

While on assignment, my colleague learned that white patrons considered a bar to be integrated as long as it was at least 70 percent white (and actually 80-85 percent white was their preferred sweet spot.) When white dominance dipped below the 70 percent tipping point — say if 35 to 40 percent of the patrons were black — then white people became uncomfortable, concluded it was now becoming a black bar and left, often never to return.

“So what do you do when that happens?” my friend asked one bar owner.

“I’m not proud of what I do,” the bar owner replied, “but if you’re in business and you’re about to watch 70 percent of your customers leave, you gotta take drastic, sometimes nuclear action.”

Which basically involved turning up the music along the lines of:

It turned out that a steady stream of horrific white pop music blasted at high volume was like the Neutron Bomb of whiteness. The bar and the white people stayed standing, while black people paid their tab and disappeared. Pretty soon, the ratio went back to 70 percent white or higher.

Most of the time, white people didn’t even realize what had happened except that the bar felt safe and “normal” to them again. “Wow,” they would say as they swayed to the music, “I haven’t heard that song in the longest time.”

I bring up the Detroit bar story because it turns to to be remarkably similar to how white people still react to school integration in Minneapolis and elsewhere.

In January, the former superintendent of schools for Minneapolis, Bernadeia Johnson, told Minnesota Public Radio that district data showed white families tended to leave schools when — wait for it — 30 percent or more of the students were children of color. And this is in a district where children of color make up — wait for it — close to 70 percent of the district’s enrollment.

I mean, holy sky rockets in flight! Deja vu all over again.

Yet, if anything, Johnson was being generous. As a white parent in southwest Minneapolis, I can attest that 80-85 percent white is still the preferred “integration” sweet spot — the point at which white parents can go on and on about how much they just love all this diversity while staying comfortably in an overwhelmingly white environment. This is especially true if the diversity is being provided by Asian or Latino kids.

If we’re talking about low-income black kids, lots of white parents start bolting way before the 30 percent mark, using coded phrases like, “I need my child around students who are motivated to learn.”

All of this is why I tend to be — ahem — unmoved by the new white tears and union hand-wringing over the terrible evils of segregation, specifically the kind that allegedly happens when parents of color choose to send their children to public charter schools — with mostly other children of color.

Last summer, American Federation of Teachers President Randi Weingarten denounced public charter schools that attract mostly African-American or immigrant children as “only slightly more polite cousins of segregation.” Last December, the Associated Press ran a story headlined: “US Charters Put Growing Numbers in Racial Isolation.” Minnesota Public Radio’s Kerri Miller followed up on that story with two separate hours of programming dealing with segregation and charter schools, in which Miller seemed shocked, shocked that children of color were sitting — by their parents’ own choice — in classrooms without the beneficial presence of white kids.

There are so many things wrong with these stories, it’s hard to know where to begin. For starters, most traditional district schools in Minnesota are already segregated; in the rural and outer suburbs, that segregation is in nearly all-white classrooms. Yet this doesn’t seem to get the same critics as riled up.

I mean, seriously, beige people? We designed entire school systems around our comfort and well-being. And now we’re alarmed when people of color try to do the same for their own children?

So maybe it’s time for a closer look at why some white people are freaking out over charter schools. I’ll use Minneapolis as my example, but similar dynamics are happening across the country.

Black children are currently the biggest ethnic group in Minneapolis Public Schools, making up 36 percent of the enrollment. White children are second at 34 percent; Latinos are third at 18 percent; Native American, Asian, and biracial students make up the rest.

White kids in MPS are doing great academically. This shouldn’t be surprising, given that traditional district schools have long been designed by white people, for white people, are staffed by mostly white people and centered on white culture and comfort.

Half of black families going outside the district

But for black and brown children, i.e. the majority of kids in district schools, the results are grim. Less than 30 percent of them can read or do math at grade level, which is is why 50 percent of black families are now choosing to send their children to schools outside of the district. Seventy percent of those black families head toward public charter schools. Many Latino, Asian and immigrant families have made similar moves.

White people have a hard time wrapping their heads around this phenomenon because:

But are these charter schools better? In Minnesota, the picture is mixed. Some are better; some aren’t. But at this point, a lot of parents of color are fed up with district schools that have failed their children for generations. If there’s another public option, they’ll try it.

This exodus of black and brown families has led to declining enrollment in district schools. Declining enrollment has led to huge budget deficits. These deficits are leading to layoffs for teachers (85 percent of whom are white) who are represented by unions (who are overwhelmingly white). These unions are also the top contributors to Democratic officials, candidates and advocacy groups, almost all of which in Minnesota are disproportionately white and, as usual, I say all this as a white, progressive Democrat.

In short, follow the dollars and you can see why a lot of white progressives are freaking out over parents of color choosing charters: It’s a choice threatens a whole lot of white jobs and institutions.

Alas, there’s no nice, noble or non-colonial way to tell parents of color to stay in schools that fail their children because, dammit, middle-class white people need jobs and middle-class white neighborhood schools on the other side of town need bigger budgets.

So instead, defenders of the status quo have raised the specter of a new kind of “segregation” — this time caused by parents of color.

“Desegregation works. Nothing else does,” Daniel Shulman told MPR’s Kerri Miller on one of her shows on the topic. Shulman is a local attorney who has sued the state over the existence of segregated charters and is frequently interviewed in the media. His statement is factually ridiculous — there are more and more all-black or -brown charter schools all over the country that are academically top-notch, not to mention excellent historically black colleges and universities. But this argument gets applause from lots of white progressives and district defenders because:

This problem with this white version of integration is that it assumes blackness is a deficit and whiteness is its remedy. And it ignores the isolation, micro-aggressions and other-izing that families of color routinely experience in our schools.

For years, our schools have given children of color the same treatment black Detroiters got in those integrated bars.

Even when black and brown parents stubbornly hang in there and try to explain the problem to us, this is what often happens next: This is from a British talk show, but if it were dubbed in Minnesotan accents, it could come straight from my neighborhood.

So given all this, it’s really not surprising that so many families of color are now picking up the tab, walking out of traditional district schools and choosing the public option of charters.

And just like those white bar patrons in Detroit, most white people Minneapolis didn’t even realize what was happening. We just kept swaying to the music — until the classrooms on the north side were half-empty and the district started running out of money.

Seriously, beige people. Hold the tears. Hold the lawsuits. This one is on us.

Lynnell Mickelsen is a writer, education activist and blogger who lives in Minneapolis.