Released just after the long Easter recess, as the 2018 session heads into its closing weeks, Gov. Mark Dayton’s April 9 letter to legislative leaders [PDF] included some positions that could be the start of finding a way out of the gamesmanship between the state’s executive and legislative branches that has really escalated over the past few decades. 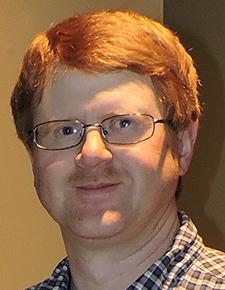 One of the Merriam-Webster definitions of gamesmanship is “the use of ethically dubious methods to gain an objective.” Both the executive and legislative branches have provided plenty of recent examples.

The most recent example would be the refusal of the legislative minority caucus and the governor to agree to a deal that would have let the governor fill the lieutenant-governor vacancy with a senator from his own party, in the hopes of forcing a resignation by Sen. Michelle Fischbach to create a vacancy that would result in a temporary 33-33 partisan stalemate in the Senate. In turn, the response from the Republican Senate to was ignore the language of the current Minnesota Constitution so that Fischbach would not resign from the body even after being made lieutenant governor.

In 2017, both sides dropped any scruples to manipulating the system in attempts to gain leverage over the other side. When the ratification of state employee contracts got thrown into a multi-subject special session bill, the governor vetoed the bill containing the contract ratifications, but his administration announced it intended to implement them anyway, betting correctly that Republicans would not be willing to mount a legal challenge to the contracts. Legislative leaders, frustrated by the governor deciding on a technicality to veto in 2016 an omnibus tax relief bill that he had agreed in closed-door negotiations to sign if the Legislature approved his supplemental budget requests, deployed a tactic that made it nearly impossible for him to do that again. Included in the 2017 omnibus state government finance bill was language that made appropriations for running the Department of Revenue contingent upon the enactment of the omnibus tax bill. The governor signed both bills but retaliated by line-item vetoing all the funding for the Legislature, in an attempt to force the legislative leaders to renegotiate some provisions he had already signed into law.

Though the Minnesota Constitution allows the governor to line-item veto any appropriations, the Legislature decided to go to court to argue that the executive was unconstitutionally impairing the functioning of the legislative branch. The Minnesota Supreme Court ultimately upheld the line-item veto, after determining that the House and Senate had access to enough resources to fund their operations until session reconvened this year. Though the governor’s vetoes were upheld in court, he did not achieve his objective of forcing the Legislature to renegotiate items he didn’t like in the bills he signed in 2017.

Acknowledging that reality, Dayton signed into law this year a stand-alone bill to fund the Legislature’s operations, the first bill that made it to his desk. In his April 9 letter to the Legislature that was also released to the media, the governor requested that the Legislature “prioritize work on which we have all expressed a commitment to addressing this year …  where I believe compromise is within reach … . Send these bills to my desk separately, and soon.” Even more promising is this section in the second page of the letter: “I will again insist that budget and policy bills should travel separately, and be debated and negotiated on their own merits…. I urge you to let majority and minority Committee members find resolutions to policy matters in conference committees that are open to the public, offering transparency and opportunities for public debate and discussion.”

What would be even better would be to refer to the Minnesota Constitution’s single-subject rule, a provision added to many state constitutions to improve transparency and accountability in lawmaking, as support for the request that matters be debated and decided separately. Tragically, our state’s Supreme Court just issued another opinion, as part of its Otto v. Wright County, et al. ruling, that gives the Legislature broad latitude to ignore the intent of the single-subject rule. In its opinion, the court wrote that “the test we apply to challenges under the Single Subject Clause is only germaneness,” which does very little to prevent the procedural abuse of putting stuff that would not pass on its own merits into a bill that is expected to pass.

Not mixing policy language into budget or finance bills, except for the special case where a bill is drafted to simultaneously create and appropriate funds for a new program, would be a good first step toward fulfilling the intent of the single-subject rule. Since the judiciary doesn’t seem interested preserving that intent, it will be up to a governor, or possibly a bloc of legislators finding courage in the people’s growing opposition to backroom deals, to set a new example by consistently adhering to the original intent of the rule, so that it becomes customary to do so again.

Of course, cynics can point out that the governor made no insistence on transparency or matters being debated separately when he signed the 2012 Vikings stadium deal, the 2013 tax bill that contained language authorizing a new Minnesota Senate Building, or the 2015 special-session omnibus environment, natural resources, and agriculture budget bill that contained policy language creating new watershed-buffer regulations. Furthermore, the Legislature could test the governor’s request for separate actions on matters all agree are of high priority by quickly passing a bill to do bonding for one high-priority building maintenance or replacement project. If the governor signs it, move on to the next item. If he objects, it would still be worthwhile because it would let the public hold legislators accountable for their vote on a single matter, as well as hold the governor responsible for making his actions live up to the instructive rhetoric in his latest letter.

Reviving this long-lost key to accountability would surely be appreciated by America’s founders, who promoted the rule of law and the separation of constitutionally limited powers, to free the citizens from oppressive rule by partisan factions or other well-organized vested interests.

John P. Augustine is a board member and past president of the Legislative Evaluation Assembly of Minnesota, a nonpartisan, nonprofit organization established to inform the citizens of Minnesota of both important legislation and the voting performance of each Minnesota state legislator.