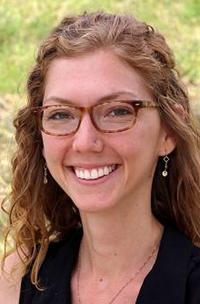 CSP is the nation’s largest farm conservation program, supporting clean water and environmental benefits while providing farmers with support to implement conservation practices. The program provides financial and technical assistance for farmers to create whole-farm conservation plans, including planting cover crops, developing a grazing plan, implementing no-till and increasing wildlife habitat. Farmers receive annual payments for beginning or maintaining conservation activities; this incentive is critical to expanding conservation practices, which are a public benefit but can present a financial burden for farmers upfront. Aside from environmental benefits, these practices improve a farm’s resilience in the face of extreme weather events, which are becoming increasingly common because of climate change.

Jerry Ford has a farm near Howard Lake, Minnesota, about an hour west of Minneapolis. He raises heifers for a neighboring dairy farm, sells grass-fed beef, grows garlic and potatoes, and was previously enrolled in CSP. He used funds from the program to help restore windbreaks, install a wildlife corridor and support conservation practices, some of which overlapped with the necessary practices to transition his land to organic production.

“CSP is about incentivizing conservation practices for the common good,” Ford said. “Nobody gets into CSP for the money, but it can offset some of the cost of the enhancements.” Oftentimes, offsetting these costs is just enough to help farmers implement practices that are good for their soil and increase their farm’s resilience.

Eliminating CSP would have massive impacts in Minnesota. Currently, Minnesota farmers have 4,385 contracts enrolled in CSP covering 3.3 million acres, which is nearly 13 percent of the state’s total agricultural land. Losing the largest program to improve soil health, water quality and wildlife habitat on that much land would have enormous ramifications.

Funding should be increased

The elimination of CSP in the Farm Bill is a bad idea. To be optimally effective, CSP should be expanded in the Farm Bill. More than half, and up to 75 percent, of all qualified applicants are turned away each year. If the program were adequately funded, more farmers could access the assistance they need to improve their land, water and natural resource base, both for their own benefit and for the greater good of public and environmental health. Instead of cutting spending for CSP, funding for this program should be increased to meet the demonstrated demand.

Minnesota has an outsized voice in the Farm Bill debate. Rep. Collin Peterson is the ranking member of the House Agriculture Committee, on which Reps. Rick Nolan and Tim Walz also serve; Sens. Amy Klobuchar and Tina Smith are both on the Senate Agriculture Committee. We must advocate for our Minnesota Congress members to champion CSP and staunchly oppose its elimination in the upcoming Farm Bill.

The proposal to eliminate CSP is deeply troubling. We must do what we can, including calling and writing our Congress members, to protect this critical program for Minnesota’s farmers and land.

Tara Ritter is a senior program associate for climate change and rural communities at the Institute for Agriculture and Trade Policy. Her work centers on climate change adaptation in rural areas and federal climate and agricultural policy.