China’s foreign policy analysts have long argued that changes in the relative power of the United States (a presumed declining global power) and China (a presumed rising global power) vis-à-vis the rest of the world creates a dangerous situation, inevitably leading to war, ideas often taken from the writing of British historian Paul Kennedy and his 1980s best-sellers outlining the “tragedy of great powers.” Similarly, Harvard professor Graham Allison, coming May 21 to speak at the Humphrey School, promotes the idea of the “Thucydides Trap”; his famous thesis warns of the inevitability of war as fears of China’s rise grow in the U.S. But China doesn’t accept this inevitability, and neither should the U.S. 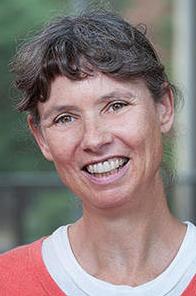 Chinese President Xi Jinping has been clear that managing a peaceful transition with the U.S. is the key foreign policy challenge of this era, his goal clearly for China to reassume regional leadership of East Asia, while easing out the primary role of the U.S., which since World War II has dominated as naval and air power, key regional political broker, and economic agenda-setter.

In no area is this clearer than in China’s New Silk Road policy, or Belt and Road Initiative, which strives to bridge the economies of nearly 60 countries with China’s, recreating the globalization of ancient times — think connecting the Roman and Tang empires — in an ambitious network of trade and cooperative enterprises, promising global connections and dynamism for China, and China promising the same for its neighbors and partners. Understandably, these plans are both exciting and terrifying for China’s neighbors, both those with powerful economies and those with small economies, the latter vulnerable to losing autonomy when any large power eyes opportunities within their borders.

Vision of a multipolar world

The vision China promotes is a multipolar world led by key regional powers, with China the central power of the regions surrounding its vast borders — the U.S. perhaps involved, but definitely not dominant. How the U.S. responds will govern bilateral U.S.-China relations in the near future and, in the longer term, influence the U.S. role for a wide swath of the world, across Eurasia, from the Mediterranean to the Pacific.

How will the U.S. respond? With anger and force, à la Allison’s thesis, or with an opportunistic vision of how the U.S. can participate and even shape events? While the U.S. slogs through never-won, small-but-expensive wars in the Middle East and Central Asia and President Donald Trump promotes “America First” mercantilism with tariffs and threats of tariffs, China is actively signing agreements, building roads and ports, and expanding its influence and economic clout into new regions, connecting China with the Mediterranean, East Africa, Central Asia, and Southeast Asia, potentially linking more than half the world’s population into a dynamic new economic network.

With the formation of the Asian Infrastructure Investment Bank, having nearly 80 member states signed on (not the U.S.), China hopes to replace the dominance of the World Bank in funding global infrastructure projects, and replace the “Washington Consensus” model of international development with the “Beijing Consensus,” described by Chinese analysts as a more pragmatic and relevant, and less patronizing, alternative for the Global South.

China is now the world’s second largest economy, which the World Bank says “has been the largest contributor to world growth since the global financial crisis of 2008,” so these initiatives demonstrate China positioning its development model as the viable alternative to the U.S. global economic leadership in a bold new way, enhancing China-backed development projects and trading networks in every part of the earth, small and large, built around the world. Fifty million overseas Chinese and growing business networks, many modest family-run shops, are popping up in Sub-Saharan Africa, around the Middle East, and even remote islands of the South Pacific. Anywhere a commercial culture lags, Chinese businesses are filling in the commercial gaps in the global economy and providing direct connections between shopkeepers around the world and producers in China, the famous Fujian global trading networks, for example.

China envisions this dynamic new global economy as diversifying its markets, which could ease the pain to China’s producers of losing access to North American markets should the U.S. withdraw as both customer and supplier, as Trump threatens.

Responding to or challenging U.S. dominance in region

In the realm of power politics, China is increasingly responding to or challenging the U.S. dominance in its region, taking advantage of a real or perceived decline in U.S. power capabilities. The united leadership under Xi Jinping has positioned itself to guide China’s regional military and political resurgence for the coming decade, with the development of its “blue water” navy (its first home-built aircraft carrier testing the waters now), the strategic placement of missiles aimed at Taiwan and for defending its claims to much of the East and South China Seas, the forward development of off shore islands fortified as military bases, and a higher visibility in global institutions, as Xi Jinping steps away from decades of Chinese foreign policy practice embodied in Deng Xiaoping’s famous 韬光养晦 (tāoguāng yǎnghuì) or, essentially, keep a low profile while getting things done.

The U.S. remains powerful enough to partly control its own fate, certainly beyond most other countries. How creatively and nimbly the U.S. responds to the inevitable rise of China, as well as the rise of other regional powers, could usher in an era of innovation and expansion (global dynamism), or an era of stagnation and fear (global conflict).

What does this mean for the U.S. in the Asia Pacific region? It could mean increased conflict, trade wars and military threats. Or it could mean increased connections as the U.S. reaffirms its historic commitments to the region while enhancing old partnerships and creating flexible and more cooperative regional relationships. As China moves to assert itself more in global politics and to replace the U.S. leading role in East and Southeast Asia, the U.S. political establishment needs to move beyond simplistic, zero sum analysis of the “China threat” and create an equally opportunistic vision for itself in the region, and in the developing world; a vision uniting national values with national strengths, the comparative advantage of U.S. power, expertise, and resources. Will the U.S. threaten and complain, sanction and penalize?  Or will it create and innovate, coordinate and lead?

Sherry Gray, Ph.D., directs international projects at the Humphrey School of Public Affairs.  She has worked for many years on projects with China, living first in Shenyang in the early 1980s as a student and teacher and continuing on through international relations education and policy projects developed through various U.S. foundations and international education organizations. She serves on the U of M’s China Center Advisory Council.

As Xi’s China goes global, how will U.S. respond?