After 9/11, when U.S. forces entered Afghanistan, many terrorist groups found refuge in mountainous areas on the border between Pakistan and Afghanistan, an area that has largely remained lawless since the times of the British in the 19th century and even before. The Pakistan government decided to side with the international community and provided logistical and intelligence assistance to the U.S. and its NATO allies. In response, terrorists launched their activities in Pakistani cities with the help of local facilitators from their safe havens in these rugged mountains. These attacks were so ruthless that even weddings and funerals were not spared. 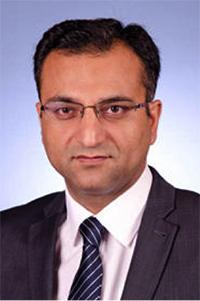 Police departments in the cities — after coming under tremendous criticism for their failure to prevent such incidents — adopted the policy of “target hardening.” Through this approach, all vulnerable places — including worship places, educational institutions, government offices and law enforcement agencies’ headquarters — were converted into “forts” by erecting barricades around them. Policemen were permanently deployed at these buildings, equipped with assault rifles, metal detectors and CCTV cameras. Entry points to such buildings were limited, roads around them were either completely blocked or regulated through checkpoints. But all this effort did not help much as terrorists, while planning from their hideouts, carried on their activities at softer targets with impunity.

It was only in 2014, after the attack on the Army Public School, Peshawar, in which more than 130 young students and their teachers were killed (considered the 9/11 of Pakistan), that the Pakistani government decided to launch a massive military operation against these safe havens. Once either killed or displaced in this operation, terrorists were unable to carry out their activities with as much ease as they were doing earlier.

It all came to my mind when I read news items in the leading U.S. newspapers about the strategy of “target hardening” being followed by authorities in the aftermath of school shooting incidents. Under this strategy, policemen are being deployed at schools, entry points are being limited, metal detectors are being used on such entry points, and schoolteachers are being armed.

My 12-year experience as a law enforcement officer in a similar situation suggests this strategy is bound to fail, as it is not only reactionary in nature but also a burden on the resources. At a time when police unions have attributed blame for their misbehavior during public interactions to long-duty hours, deployment of thousands of police officers in schools will badly affect their human resource capacity.

Similarly, schools are arranging mock exercises to prepare kids, as young as 5-6 years old, for any eventuality and the psychological impact of these measures on kids may be hard to quantify but easy to feel. Despite all these arrangements, any student of the same school who desires to go on a killing spree will have enough time to observe and prepare for the assault. An assailant can easily find out laxities in the security system and strike at the time and place of convenience. The recent episode in the Santa Fe School in Texas is an example of where a shooting happened despite the deployment of a police officer.

All these steps are being taken without addressing the root cause: how to prevent the access of young men and women to guns. While there is consensus among the American people to have strict gun controls, with even President Trump supporting it after the Parkland shooting in February, the progress is too slow.

Similarly, the schools must pay more attention to the psychological health of its students by employing experts among their staff. And last, but not the least, police need to shift their focus from “target hardening” to identifying the potential “psychopaths” in collaboration with parents and teachers. Only a joint response from all stakeholders is going to prevent the manslaughter of youngsters at schools. The sooner you do, the better it is.

Muhammad Shahzad Asif Khan, M.D., is a member of the Police Service of Pakistan and is currently working on a technological policing project at the National Academy of Public Administration, Washington D.C., as a culminating part of his Humphrey Fellowship at the University of Minnesota. He was a Hubert H. Humphrey International Fellow in residence at the Humphrey School of Public Affairs for the 2017-18 academic year. The opinions expressed in this article are the author’s own and do not reflect the view of any other agency.

School safety: ‘Target hardening’ is not the solution